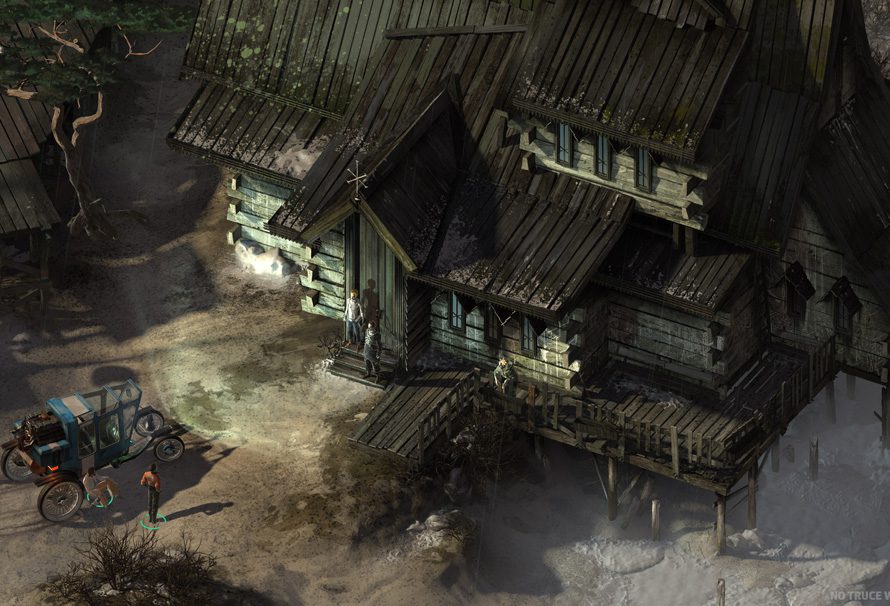 Role Playing Games have been having a bit of a renaissance on the PC in the last few years. We’ve seen games like Pillars of Eternity, Legend of Grimrock, the remastered Avernum series, and Wasteland 2 reinvigorate the traditional style of cRPG. We’ve seen new takes on the cRPG formula, like Torment: Tides of Numenera and the Divinity: Original Sin series. We’ve also seen action RPGs take over the world, with The Witcher 3, Final Fantasy XV, and Diablo III selling absolute tonnes.

These games are all brilliant, but it feels like the RPG genre has stalled a little, whilst we’re seeing absolutely wonderful games come out that are exciting and ambitious, it feels like it’s been a long time since we had something that really shook the genre up.

Maybe that time has come in the form of Disco Elysium.

That’s a paragraph that needs unpacking, but first, watch the trailer:

There’s a sadness that permeates Disco Elysium, from its first seconds it’s clear that this is a world where hope and something essential and vital has leeched out of the world. You’re a washed up cop, so far past the border of ‘borderline alcoholic’ you might as well be a citizen of Alcohol Country.

The game has you waking up, nude, still drunk from the night before, in a hotel with a smashed window. What did you do the night before? Who are you? Why are you here? Your memory isn’t what it used to be…in fact it isn’t anything.

The way your character talks to people is up to you, your memory is one huge hole and how that plays out is your choice. Do you want to bluff your way through, rely on info from others to fill in the gaps, or are you going to be straight up and admit to everyone that there’s a gap where your past used to be?

Speaking to the developers, they took this as a deliberate choice. They hate the hour of exposition many RPGs lead with and they would much prefer that you explore this world at the same pace as the main character. It’s important to remember that despite appearances, this isn’t our world. The developers ZA/UM said at EGX Rezzed that the world is similar to ours, but is essentially different even down to the reactions of people. It’s not just an event that caused this world to split away from us in our past, it’s that thinking and our ideas are different in this world. What makes human ‘human’ is different here, so the world itself has grown apart from our own history.

Dancing with the Lights Off

This is definitely a game about conversation and exploration. One of the issues the developers have had with other RPGs is that they tend to be combat heavy, even the lauded Planescape: Torment has plenty of frankly-average combat padding out its hours. Disco Elysium instead aims to be a game about events, whilst people can die and you can be in danger, they’re tied to crescendos in the plot and in the narrative.

What instead takes the focus is your investigation in the world, you’re a cop with a partner, and it’s your job to look into a case. This starts off with a murder, as all good mysteries do, and spans out from there into a semi-open world RPG adventure.

Whilst your character is ‘somebody’ in the world, you’re not ‘the Dragonborn’ or ‘the promised one’, you’re just a cop. One people will have reactions to, they may know you already, they may judge you on your appearance, or they may judge you on your job. Developers ZA/UM spoke about this at Rezzed, saying it means they can avoid the issue where you can be fifty hours into a game, killed God, punched a Daemon into the moon, and still have people say to you ‘ho adventurer, say, kill five rats for me’.

This isn’t, however, the thing that’s revolutionary. That’s more in the mind.

You have an inventory in Disco Elysium where you can manage the items you pick up. It doesn’t end there though, you can also pick up ideas as you proceed through your case. For example, at the start of the game you are asked to investigate a corpse, swinging softly in the breeze from a nearby tree. As part of its narrative structure you can attempt actions or attempt to succeed at challenges through the dialogue options, and it’s possible to fail this particular challenge a few times simply because the body has been hanging there several days, and you’re quite hungover.

So even after using something to take the smell away, you might find yourself needing a new option. In comes an idea your partner gives you, to get your shit together. You see, in Disco Elysium you have a second inventory related to ideas and concepts that you come across. Slotting this idea about getting your shit together in there, you are given a small in-world timer which passes as you talk to people. After thirty in-game minutes, the idea ripens and bursts into…the shit singularity, meaning that you do indeed have your shit together.

Heading back to the tree, you can now keep your shit together and investigate the corpse, successfully taking the next step in your case.

Whilst this is an early game example, the developers talked about how this feature would expand from this. The idea is that you can mature other concepts in your mind, and these will determine how you act and react to people and situations in-game. If you slip in a racist idea you’ll be a lot more racist in your interactions and people will react appropriately. Similarly with fascist or communist ideologies.

Your character isn’t just a meat suit you pilot about the world, he’s also possibly losing his mind. Not only is he left with a gap in his memories, he’s an unreliable narrator. Very soon after starting the game you’ll find objects, corpses, sleeping people, all talking to you, urging you on or asking things of you. Are they real, are you a shaman, or are you just losing your mind?

None of these questions are answered in the short area available to attendees of EGX Rezzed, but you get a feel that the world might not be all that you’re seeing, and there might be more below the surface if you just scratch away at it.

The developers did mention that this isn’t just a slightly futuristic world, there may be the supernatural lurking away in the corners, so maybe this is your way in. Maybe you are magic, and you’re tapping into the a world others can’t say. That said, it’s entirely plausible that these are the firings of an alcoholic’s last neurons as you slide slowly into death.

Disco Elysium is looking to be something utterly special, it’s an RPG that actually uses the R for once. You’re playing a role, and you define that role through your interactions with the world and yourself. The start of the game which was playable at Rezzed was astounding, and easily was something that an hour or more could be sunk into without noticing. It’s one to keep your eye on, and it’s coming later in 2018.

You can learn more about Disco Elysium at the official website.