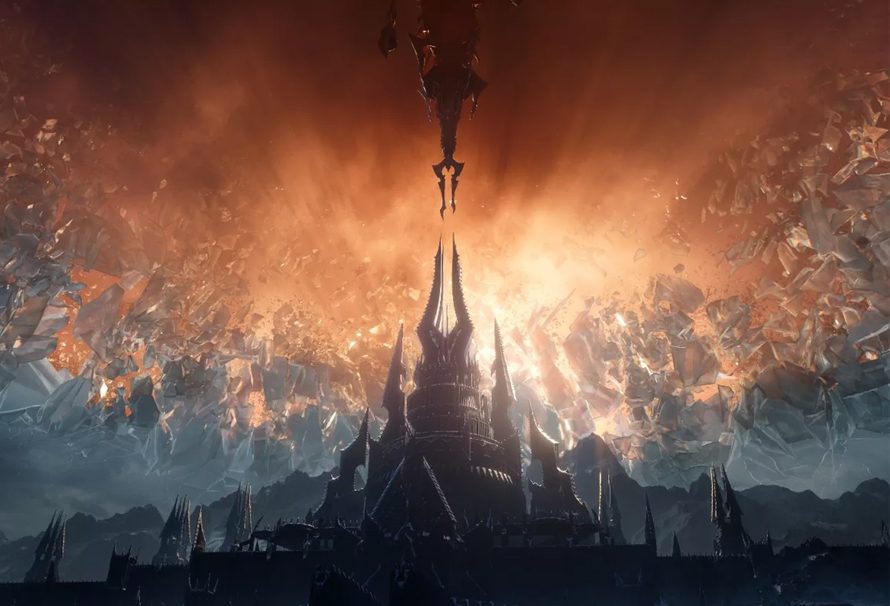 Blizzard have spoken about their philosophy towards classes in World of Warcraft Shadowlands being that they want specialisations to feel more like powering up a part of a class’s kit rather than narrowing down their toolset. There’s a lot of choice being added to Shadowlands, in the game’s narrative, the quests you’ll face, the factions you can join, and even down to how you want your class to play. The idea is that in World of Warcraft Shadowlands your class will feel more impactful, with meaningful choices behind who your character is.

All this means there’s some big changes incoming. If you want to know what’s coming up for your class in World of Warcraft Shadowlands, read on, and we’ll try to make sure you’re ready for what awaits you.

First off there’s the matter of new classes in World of Warcraft Shadowlands. This time around Blizzard have elected not to add a new class to the game. Instead, they have decided to focus on customisation and new abilities to really dive into making your character feel more yours. There’s no Monk, Death Knight, or Demon Slayer here. But with allied races getting constantly expanded and existing classes all getting a revamp, there’s plenty to try out.

The big change that’s coming to World of Warcraft in Shadowlands is the level squish. Previously stat squishes have been implemented, making every stat smaller to get around the problem of ever-escalating challenges. Now, even the levels are getting a squish.

The maximum level you’ll be able to get to in Shadowlands is 60, down a full half from Battle for Azeroth’s 120. This takes the game back full circle as the original World of Warcraft also shared this level cap. As a result everything will look a little different, your health and damage may not be as high as you’re used to – but taken in context, everything’s just fine. You’ll also notice that each level brings something new in an effort to make levelling up a little more impactful.

As World of Warcraft has evolved over time, many class abilities and talents have been removed or merged into others. With Shadowlands we’re seeing the return of some long forgotten, previously pruned spells and abilities. Some others are now going to be available no matter the class specification, or be moved from Azerite abilities to class abilities.

Old abilities such as Hunter’s Mark for Hunters, Devouring Plague for Priests, or Wrecking Ball for Warriors are all coming back. Your World of Warcraft class now has a few more tools to play with, a few more options to choose, and maybe your favourite talent that’s long-gone will be back.

If you don’t know what the global cooldown, or GCD, in World of Warcraft is, then let us sum it up for you:

Global cooldown is a period of time after using an ability that stops you from using that ability again. In Battle for Azeroth many offensive abilities were added to the GCD, meaning there was more of a rhythm to combat. You would fire off a fireball, incur the global cooldown, then wait to fire off another ability.

In Shadowlands some abilities are coming off the GCD, and others are having their global cooldown timer altered. This comes after Blizzard recognised that some classes, especially those specialising in burst damage, were being hindered by the GCD. For these classes, such as Monks, Mages, Warriors, and Druids, you’ll notice being able to cast more, more often. It should make the experience of playing these classes much more fluid.

One of the biggest changes coming to Shadowlands and one that’ll be felt on classes such as Fury Warrior or Outlaw Rogues which have specialised in hoovering up large groups of enemies.

Previously whenever you would fire off an AoE spell or ability it would hit all enemies within its area of effect. Now, in Shadowlands, all abilities are going to be capped, with some having higher caps than others.

Blizzard’s rationale here is to see classes excel in particular situations. A Fury Warrior would do better when 4 or 5 enemies are clustered together, whereas an Affliction Warlock would do better over time against 5 or more targets. The goal is to make playing World of Warcraft more strategic, meaning you have to use the right spell – and the right class – in the appropriate situation.

In Legion we had artifacts and class halls, in Battle for Azeroth it was Azerite. Now in Shadowlands we’ll be joining Covenants. As you play through Shadowlands you’ll choose to ally with one of four Covenants, Necrolord, Kyrian, Venthyr, or Night Fae.

This will tie into the lore you experience and the aesthetics your character embraces throughout Shadowlands, but also you’ll get certain Covenant Signature and Class abilities, enhancing your character’s class.

As always there are hundreds of changes incoming for specific classes. Some of these are huge and will alter how you play the game, others are tiny and may be overlooked. We recommend heading over to WoWHead for the full details:

Are you excited to get your hands on the new class changes Blizzard have implemented in World of Warcraft Shadowlands, or are you approaching the changes with caution? Hit us up on our community forum and have your say about World of Warcraft’s latest expansion.