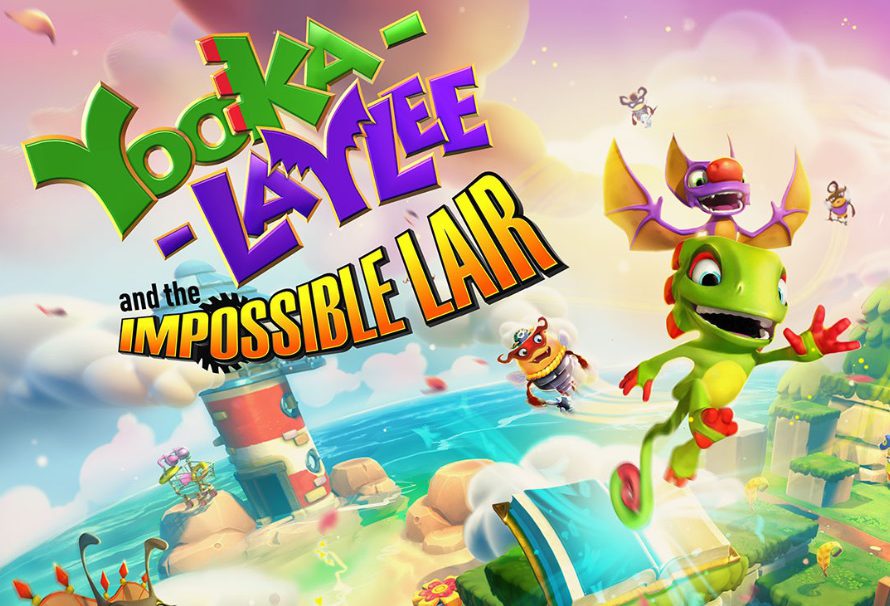 In case you’ve been having an extended stay under a four-star rock, you’ll know that Yooka-Laylee and the Impossible Lair is not only out on store shelves right now, but also that it’s very good.

More than that though, Yooka-Laylee and the Impossible Lair is as much a loving and glorious love letter to the classic titles of old, as it is progressive in the various aspects of its surprisingly sprawling design. Here’s why.

Ditching the 3D worlds of the previous game, Yooka-Laylee and the Impossible Lair instead shifts the action to a 2D plane for the most part in a way that will be familiar to anyone who has indulged Rare’s side-scrolling genre classic, Donkey Kong Country.

From the thickly set and somewhat weighty feeling of the platforming, that evokes fond memories of Rare’s classic genre effort, to the challenging (though not unfairly so) level of difficulty, and finally the focus on jump attack chaining between enemies as a traversal mechanic, Playtonic’s latest is an unabashed tribute to Rare’s 1990s SNES platforming shenanigans.

If the platforming aspect of Yooka-Layee and the Impossible Lair finds its roots in Donkey Kong Country, than so too do the overworld sections of Playtonic’s sequel secure itself from the heritage of another well-known title in Nintendo’s back catalogue.

Between its platforming aspects, In Yooka-Layee and the Impossible Lair the perspective switches to a top down view as the player explores a decently sized overworld map, solving puzzles, uncovering secrets and vanquishing nasties in just the same way that erstwhile Nintendo hero Link has done in the Legend of Zelda games, past and present.

One of the main reasons to seek out secrets in the game, the numerous tonics that you’ll either come across in hidden pockets of the environment, or purchase with Yooka-Laylee’s hard-won currency of feathers, each affect the game in different and interesting ways.

From the purely cosmetic tonics that simply produce an amusing visual filter, to those draughts of a more functional variety which introduce new moves or affect the difficulty of your foes, the tonics act as an ingenious kind of difficulty slider for the game. Beyond just making things more or less tricky, these fluids introduce a risk and reward dynamic too, whereupon the easier you make it for yourself the less feathers you earn at the end of each level and vice-versa.

It Boasts A Rare Sense Of Humour

Tapping into its rich history of breezy comedy when the bulk of its number still worked at Rare, Playtonic has brought its substantial talents at soft wit and turn of phrase to Yooka-Laylee and the Impossible Lair.

Often twee, and never anything less than charming, Yooka-Laylee and the Impossible Lair’s heartwarming sense of humor is not only immediately recognisable from Playtonic’s distinctively British heritage, but also oozing a sort of innocent cleverness that makes it resolutely suitable for younger audiences too.

A Tale Of Two Worlds

Not content to merely wear classical inspirations on its digital sleeve like an array of lovingly detailed, if somewhat faded tattoos, Yooka-Laylee and the Impossible Lair innovates significantly off of its own merits too.

Nowhere is this ingenuity better on display than in the dual level structure that is threaded throughout the game. Each level in Yooka-Laylee and the Impossible Lair is commenced by opening a storybook, however the levels that you’ll be presented with entirely depend on the real world condition of said tome.

A book laying on a dry riverbed might whisk our duo off into a vibrant forest realm for example, but should you open a nearby dam in the overworld causing the area to flood, players will then get the opportunity to attempt an all-new version of that level, half-submerged and stuffed with new challenges and secret opportunities. It’s clever stuff to say the least.

Yooka-Laylee and the impossible Lair is out now on the Green Man Gaming store. To find out what other gamers have to say, visit our community pages