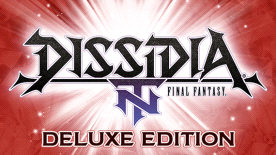 The Season Pass includes the following:

It is possible to obtain certain items from the season pass in the base game, but you will receive gil for any items you already possess.

*To activate the content you need to restart the game.