Fortnite is one of the hit successes of the year with its Save the World and Battle Royale modes hitting 20 million players between them. We got the chance to chat with Eric Williamson - Lead Systems designer on Fortnite Battle Royale and Darren Sugg - Creative Director on Fortnite. Here’s what they had to say:

You just hit 20m players – were you expecting the uptake of the game to be so massive? Has this affected your plans for the future? Are there any plans for new game modes in the future?

Darren Sugg, Creative Director (Fortnite): We’re blown away and completely humbled by the response to both Battle Royale and Save the World. You can never really expect growth like that so quickly, but we’re super excited to see how players have been taking to the game, giving us feedback, and helping us improve the experience. We’re definitely looking at new ways for our community to play. For “Save the World,” we introduced “Survive the Storm,” for example, and we were able to get some feedback on that. You’ll see new events and new features for both “Save the World” and “Battle Royale” in the future, so stay tuned.

Will we eventually be able to drive vehicles?

Eric Williamson, Lead Systems Designer (Fortnite Battle Royale): We’re open to exploring a lot of different ways for players to get around the map. We just added Jump Pads, which players have been using in some interesting ways, both for traversal and for strategic reasons. And people also found a way to ride on rockets, which totally took us by surprise, so we’re looking at ways that we can officially support that.

As for more traditional vehicles, we’ll look into it, and if it proves to be fun, we’ll see how we can support them.

Are there any plans for more maps for PVP?

Eric: Yes, but not right away. We’re still polishing and improving the current map, and you’ll start seeing some of that soon.

Unreal recently released a statement regarding the improvements made to the engine to support Fortnite's Battle Royale mode, are there any other tweaks in the works?

Eric: The Unreal Engine team is constantly improving the engine, based on our own needs and the needs of outside developers. No specific tweaks we can talk about right now, but whether it’s performance improvements on various platforms or other new features, we’re always looking at ways to improve the experience for our players and developers.

What are the things you’re most excited about that are coming up for both the PVP and PVE modes?

Eric: I’m really excited about the map updates that we’ve been working on. It’s been mostly unchanged (except for some bug fixes) since we initially launched Battle Royale. There will be more points of interest so there’s more places to land and find great loot. We’re also updating some of the graphics to improve quality. Lastly, there will be more locations to land on the west side of the island - balancing out the areas you can go.

Darren: Hmm, the most exciting thing coming up in 2018. Is it vehicles? Is it bosses? Is it new game modes? Is it new classes? Is it new ways to play and interact with the world of Fortnite? Clans? Creative mode? I don't think I can actually pick, as we are still in the middle of trying to figure that out ourselves. The one thing I know is we won’t be able to do them all as fast we want! Our community has helped us generate a giant list of features that could keep us building for the next three years.

Fortnite is a creative game - what are some of the best things you’ve seen players come up with?

Eric: There’s been a ton of crazy clips, it seems like every day there’s a new best-of compilation. One of the coolest strategies I saw was right when we launched - someone heard an enemy on the floor above them. They put a spike trap down and destroyed the ceiling. The guy above fell and landed on the spike traps, dying instantly. That was just so different than the way people used traps in our early playtests and it was really very exciting to see.

Darren: Well I've been working on Fortnite awhile, so I've seen quite a bit of cool things. Everything from our first PVP tests where players were running and dropping walls to cover their escape (now a staple of BR) to the first time we watched players build "sky bridges" to drop into enemy bases. Lately I've been enamored with what players are doing in their Storm Shields, not only are they building massive bases to hold back the storm, but they are also doing it in funny shapes, from skull faces to giant llama heads. It's pretty amazing to see what players do with the the Fortnite toybox!

The team have been vocal about taking on community feedback – is there anything that the community have suggested that you’re implementing?

Darren: Yeah, going into “Early Access” with our game in beta has allowed us to get feedback from players and actually be able to implement those changes early, which has been awesome. We’re always on social media and forums reading what people are saying, and then looking at how we can best implement suggestions and requests to improve all parts of the game. In fact, the list of suggestions that we’ve turned around and taken action on is probably too long to list. One that jumps to mind is accessing the StW inventory without having to load into maps. You would think it’s an easy thing but it took quite a bit of time to make work, and it was one of our most requested features! We still have a lot of work to do, so keep the feedback coming! 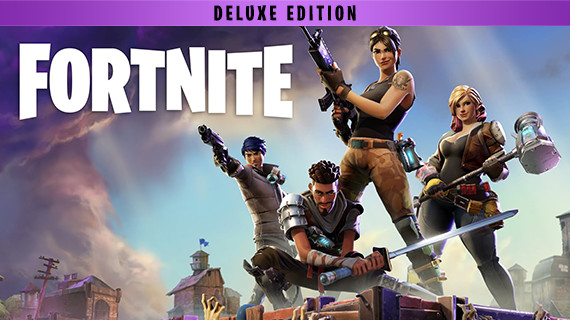