Before we jump straight into Resident Evil 7’s Storyline we should take a couple of steps back and catch up on the overall Resident Evil plot. Resident Evil: Code veronica is set three months after the Airstrike on Racoon city.

Claire Redfield who is again on the search for her brother Chris, locates an Umbrella Corperation facility in Paris. During her infiltration of the facility she is knocked out and imprisoned on Rockfort island which is located somewhere in the southern hemisphere.

Time passes and when she eventually comes too she soon realises a T-Virus outbreak has struck Rockfort island. Now trying to escape from the island, Clair teams up with fellow inmate Steve Burnside. Their escape is hindered by Alexia Ashford, a highly unstable schizophrenic who is the result of an experiment conducted by her father, Alexander Ashford. Alexander created the T-Veronica virus in order to make his daughter hyper intelligent, but the results had turned her mad. Eventually Claire and Steve make a bid to escape before being recaptured by an monstrous and highly evolved Alexia 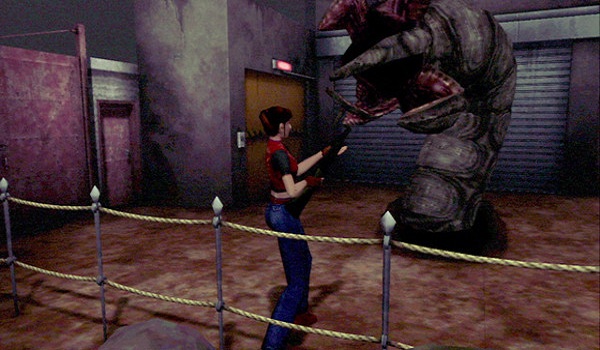 Chris Redfield learns for Leon S Kennedy that Claire has been taken prisoner on Rockford island. Once he gets to the island he is met by Albert Wesker, a former member of the S.T.A.R.S team who injected himself with a prototype virus during Resident Evil 1. Chris is surprised to see him alive with enhanced inhuman skills. Soon the battle between Chris and Wesker is interrupted by Alexia who confirms that Claire is still imprisoned. Chris manages to find Claire and then goes off to confront Alexia

Both Wesker and Chris confront the highly evolved Alexia and manage to defeat her. A battle between Wesker and Chris ensues and before Wesker can kill chris the 2 are split up by a massive explosion, Wesker vows he will satisfy his desire for revenge on Chris soon.