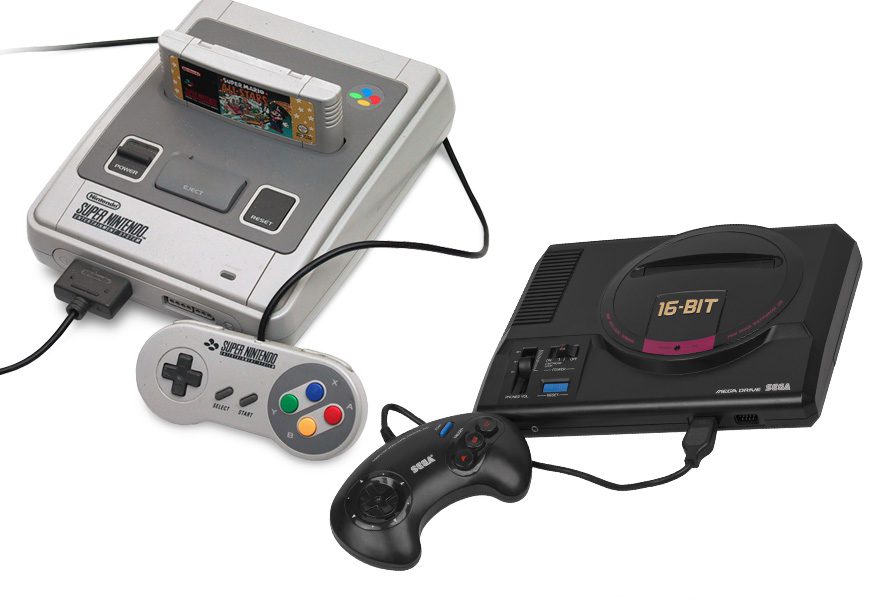 The time of the remake is here!

Secret of Mana has just been remade and launched onto PC, and last year we had the love-letter to Sonic’s 16bit era with Sonic Mania. 16bit remakes are suddenly in, they’re popular, and those games we loved in the late 80s and early 90s are ripe for a remaking.

But it doesn’t start and end with Secret of Mana and Sonic, there’s more, much more out there ready for a remake. Here’s our top 10 16bit games, from the Megadrive and SNES, that absolutely need to be remade.

Long ago in the mists of time, Naughty Dog made a little game called Rings of Power. It starred Buc, a young sorcerer and his party of mages who travelled the world looking to reunited the titular Rings of Power into the Rod of Creation, and defeat the evil god Void.

Imagine having a true open world RPG on a Megadrive, it was astounding to be able to travel across the vast world of Ushka Bau by foot, reptile, boat, or dragon and explore every single square of this giant world.

It was damned hard too, its random battle system didn’t pull any punches and you could meet end-game enemies on the first tile just after setting out, but hey ho, reload and try again.

It needs an update, if only to get it to a wider audience. Amazing game, cruelly ignored.

Forget all that GTA nonsense you’re doing now Rockstar, and go back to a simpler time, a better time, a time of DMA Design. A time when you made unicycles go REALLY FAST and do stunts to go even faster.

It was an incredibly intense game, because you had to pull of repeated and rapid stunts in short time frames just to maintain your momentum.

They also managed to imbue tiny unicycles have a huge amount of personality, who knew a wheel and a seat could look that expressive. DMA Design did!

Shining in the Darkness

Ah the forgotten Shining child. Shining Force has already had a remake for the GBA, but the original Shining game was a first person party based dungeon crawler. And it’s bastard hard.

Every step you might get a random battle, and grinding is the name of the game to be able to get tough enough to proceed into one of the many sub-dungeons in the huge tower of dungeonery you gotta battle through.

With Legend of Grimrock being a success and Bard’s Tale IV coming up, it’s time damnit, time to go back to dungeon crawlery joy!

Alright so Secret of Mana has been remade, hooray, cheers all round.

But what about the third in the series, about Seiken Densetsu 3.

It’s an action RPG that’s got a sprawlingly huge story, one that changes depending on what character and sidekicks you choose, and one that never got a release in the West. That along with the upgrade tree that means each class can be subdivided into many other classes, makes this a game with a huge amount of replayability.

It’s also semi-open world too, with routes and places you can revisit. I mean that should excite you. Are you excited? You’d better be. I know where you live, Steve.

It’s time for ‘one of the entries on the list that should be remade because the original wasn’t quite good enough’. The Ooze! You play as…ooze! And you ooze around the world.

It’s a brilliant idea and one that almost worked, you squeeze and slide and get smaller and larger as you get around the top-down world, but it just didn’t *quite* make it.

A remake can fix this, it’s an idea with legs (not literally) and one that should get another airing.

It’s genuinely shocking that there hasn’t been a remake of this, because there’s nothing quite like ActRaiser. Combining a god game (literally) with a side scrolling platformer with boss battles is something that hasn’t been emulated. AND WHY NOT?

OK it got into a bit of trouble with the religious themes at the time, but it’s 2018, we can handle it.

Go on someone, make this anew. Imagine Black and White where you actually dive in and kick some arse. Yes please.

What made Powermonger amazing for the time was its huge polygonal maps where you could build your armies, set them pillaging, and take over the world.

Each smaller map made up a piece of a huge series of levels, and I honestly don’t know anyone who’s finished it. Seriously, there were so many levels.

But it was Total War scale battles before Total War was a thing, and that’s something we can always do with more of. Who wants to see their armies form a flowing tide across the landscape, c’mon, hands up? Thought so.

Another action-RPG because the SNES was just amazing for them. Terranigma isn’t the best for play – through it is solid – what sets this apart is the narrative and the world it’s set in.

Basically you’re living in the underworld and people have started turning to crystal, so off you go to figure out what’s going on and fix it. I won’t spoil what happens, but it’s sad and beautiful and wonderful all in equal measures, and takes in a storyline that grows from a small village to encompass a huge scale.

It’s good stuff, and anyone who’s played it probably wants to play it again, and if you haven’t played it then. Well. Get it remade!

Simple, they’re already amazing. Phantasy Star III is the one that missed a little, that didn’t reach its potential. Set on a world of linked valleys, Dark Force is back and it’s up to you to stop it.

But maybe your kids can.

That’s right, it’s generational! You decide who you marry and that determines the characteristics and stats of your progeny, meaning already in this version there’s a load of replayability. But it just didn’t quite work, the whole thing needs tightening up a little across the board, and this entry is more of a sidestory to the Phantasy Star and Algol System’s story.

Bring it back, make it good!

Bahamut Lagoon is what Pokemon wishes it could be. Instead of wandering about beating up children’s pets for their lunch money, Bahamut Lagoon is about collecting dragons, training them up, and then battling with them in turn based strategic maps all directed from your floating magic island.

Look I can’t overstate this enough: Bahamut Lagoon is awesome, and like some of the games above, it needs a wider audience. It’s had re-releases but we need a remake. I want to see 4k dragons, damnit!

That’s our picks for 16 bit games that should be remade, have we missed one? Let us know on the Community!