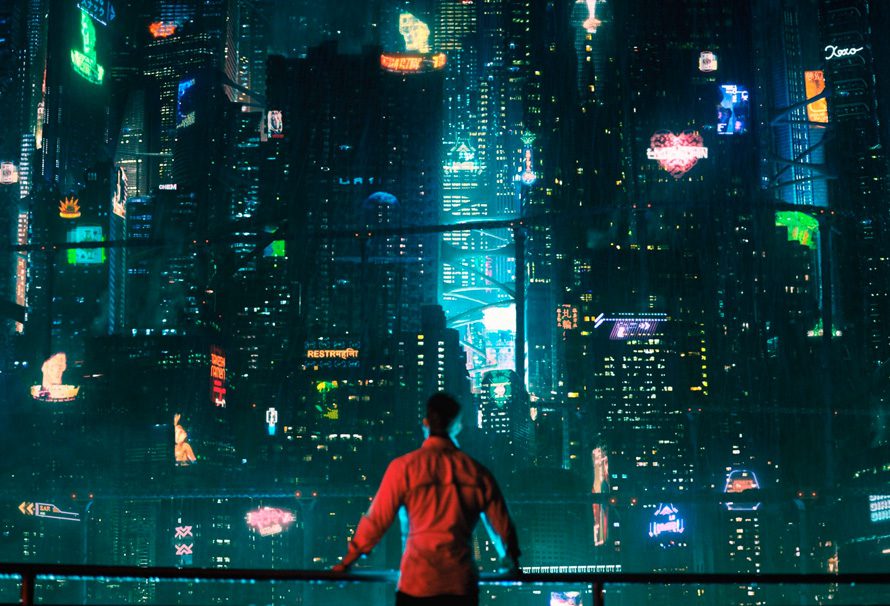 I love Altered Carbon by Richard K. Morgan, so when I heard it was getting a big screen version I was cautiously excited.

Obviously that never happened, but what we did get a few days ago was a Netflix series, one that spans the entirety of the first book in the Takeshi Kovacs series. A lot’s been said about the Netflix series, about how well it compares to other cyberpunk outings or other Netflix tv series, but how does it compare to the book?

I watched the whole series over the weekend, and I’m can report back that if you’re a lover of the book, this Netflix series is a bit of a mixed bag.

Before I explain why, two things.

Firstly there will be spoilers. If you’ve read the book you’ll be aware of most of the plot beats of the TV series, but there’s still some differences.

Secondly this isn’t a whine about the fact that it’s not just the same as the book. I firmly believe that the absolute worst thing you can do when adapting material is just to try and recreate it, we’ve already got the original, do something new with it, do something different.

What’s Good About It?

The big obvious thing about Altered Carbon is that it’s utterly beautiful. Netflix has a mixed record with visual effects, sometimes they’ve done amazing things but with some series you can definitely see the limits of their budget. The full world of future San Francisco is represented here and is largely pulled off, looking absolutely stunning.

It’s not just effects – the sets all pull you in and feel grounded and real in a way that’s very cyberpunk. The Raven Hotel in particular is a highlight, which is just as well as it’s the main stage for many scenes throughout the series.

The cast’s great too, I didn’t know what to expect from Joel Kinnaman in the main role, but he pulls off the morally ambiguous lead well. He’s obviously watched a lot of film noir to be able to fit into the surly template required for a cyberpunk main character.

In fact the casting is one place I don’t have a single complaint about, it reflects the book incredibly well and the actors themselves tread the cyber-boards with style and grit.

What’s Middling About It?

Some of the changes to the plot don’t help the story. The book has a bit of a thin plot, but it’s carried off with panache and character (and lashings of politics). Some of the changes to characters, to plotting, in the Netflix series takes a thin plot and spreads it a little thinner. For example, in the original book, Reileen Kawahara is a mob boss from Kovacs’ past who he meets up with again in the course of events.

In the series, she’s been altered to be Kovacs’ long lost sister. I can understand the change to an extent, it doesn’t change much by itself but what it does do is remove much of Kovacs’ backstory. In the new version he left Harlan’s World soon after killing his father, in the book he joined gangs, worked his way up, and then eventually joined the military. The Netflix series removes that, meaning that instead we’re just given little flashbacks of the horrendous life that he and his sister lived in their youth.

Another thing which weakens the plot a little is that it leans on the AI character of Poe, the proprietor and well, the actual ‘hotel’ The Raven. A few times this character pops up on screen to be nothing more than an info dump, coming up with previously unknown information to send them all heading in another direction, or to further the plot a little. It means that instead of a conspiracy, or a detective story, we’re left sometimes with ‘The AI says do a thing so we did the thing’, which just isn’t as exciting as a plot.

What’s Bad About It?

The Envoys have been changed in the series, and only in ways that weaken what they represent to the fiction. In the book they’re a secretive wing of the Protectorate, they’re horror-troopers from a fascist state that land on your planet in bodies that look just like you, talk just like you, can read how you think and how you act, and then tear apart your rebellion with brutal efficiency. In the Netflix series they’re…some…people…from a forest? They have some of the same abilities but they come off a little bit as a bunch of kids playing pretend with sticks and stones.

Also they leave their electronics outside and that’s going to be a health hazard.

Quellcrist Falconer has had a change in the series too, they’ve merged her character as the anti-Protectorate rebel leader and that of the Envoy trainer Virginia Vidaura – and don’t get me wrong, the actor who portrays this role does it incredibly well. The problem is that somewhere along the way they’ve lost Quell’s teeth.

See in the book, Quellcrist Falconer is a rebel leader, poet, and philosopher who espouses a series of beliefs that are full of fury, of wanting to tear down the status quo, of wanting to see the structures which prop up the rich burned down.

In the Netflix series she’s an Envoy trainer who lives in the woods and who wants to get rid of the ability to be transfer to other bodies because it’s unnatural and makes us less human. It’s just not quite got the same bite to it. I can imagine that having an extremely anti-capitalist as a ‘good’ guy might be troublesome for a TV series made in the US, but I found myself just waiting for a Quellist quote to come out…and was sorely disappointed when nothing happened.

Another downside to the series is sex and its treatment of women. The sex scenes are largely unchanged from the book and that’s frankly somewhere where that could’ve been altered, because they’re pretty awful. Other than that, the camera and the series seemed to almost enjoy the violence against women. I understand that this is the future, and in this future we don’t care about bodies in the same way and that’s meant to be a reflection of the morals of the day, but it’s still hard to stomach women getting beaten up, getting cut up, getting dismembered over and over again over the course of ten hours. Yes men get hurt too, but the violence against them is much less insidious and much more straightforward. They’ll be punched out or shot, a woman won’t be on the end of such knockabout action in the same way.

So Is It Any Good?

With all that, I have to say I enjoyed it. I have caveats about enjoying it, I can’t recommend it to everyone and really I don’t know if I can recommend it to anyone, but I don’t regret the ten hours I spent watching the series.

I love the book, and some of the problems of the series are present in the book, it’s just for me what I love about the book didn’t quite make the translation across to the small screen. It’s left a little void in what could’ve, for me, been a standout cyberpunk tv series. As it is, I can only think of it as entertaining, but problematic.

Have you seen Altered Carbon or read the book? Head over to our Community and let us know what you think.