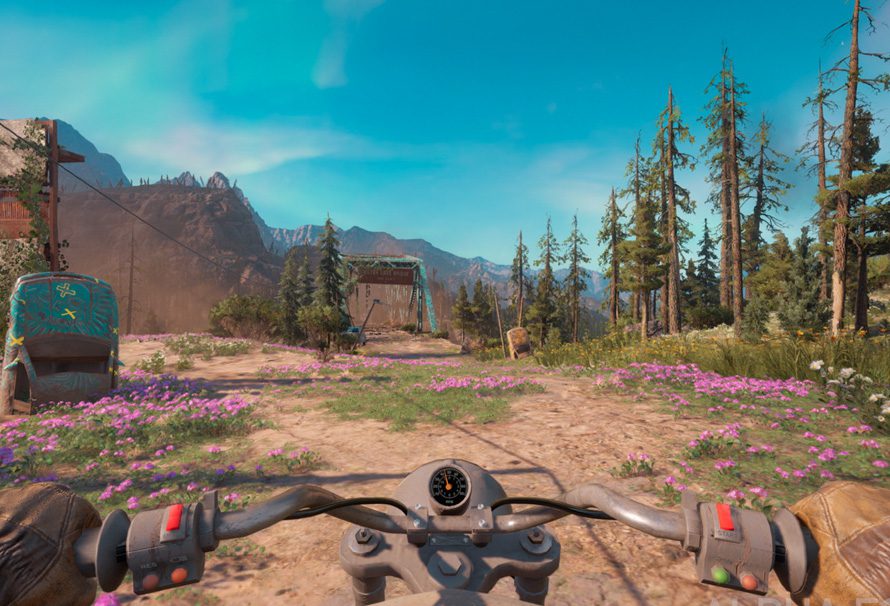 Far Cry: New Dawn is the first full sequel in the Far Cry series. Taking place years after a nuclear strike on the US, it picks up the action in a much more apocalyptic time.

Throughout gaming history, the apocalypse has been explored in various ways. That said, it’s still a fascinating setting and one that more games could definitely take advantage of.

So to celebrate the launch of Far Cry: New Dawn, here’s ten games that could use post apocalyptic sequels.

Regardless of how Mass Effect 3 ends, things are going to be tough. There’s been an invasion of giant space robot cuttlefish armed with lasers that go ‘hoom’. Even if you bring them on-side at the end of the game, there’s still a lot of cleaning up to do.

That’s why Mass Effect’s sequel should be post apocalyptic. Go smaller not bigger. Focus on one planet or one system and get to know people as you rebuild after the end of the Reaper war. I’d play it.

Mario has a pretty jolly time of it, something bad happens, he jumps on some heads, it all gets fixed.

If you don’t know, Driver: San Francisco’s setup is wild. You’re a cop who’s involved in a high-speed car crash at the start of the game. The rest of the game is then your dreams as you lie in a coma, leading you to be able to leap into the body of any driver on the road.

For a post apocalyptic sequel, I see this taking place in a Matrix-inspired world. Make it into an MMO with each player inhabiting their own comatose driver. It makes sense Ubisoft, get on it.

You might think that sports games have no place dabbling in the apocalypse, so let me take you back in time to the early 90s. Back then things were a little more experimental. EA published Mutant League Football and Mutant League Hockey, both cutting edge simulations of the games in question. With mutants and explosions and weapons.

So let’s do it again but this time go full apocalypse. Set the next Madden after the bombs have fallen. Let your team consist of monstrous creations the likes of which have only been seen in a McElroy video. Do it, go on.

If you didn’t know already: you kinda boned it for the people who live on Vvardenfell. By finishing Morrowind you depower the gods, meaning that meteor Vivic is holding in place above the island? Yeah, that’s gonna hit.

Technically we already have a taste of post apocalyptic Vvardenfell in the Dragonborn expansion for Skyrim, but more is required. I spent so long in Vvardenfell, I want to go back. To see and to mourn at what my actions as the Nerevarine has wrought.

Whilst the latest expansion for Civilization VI, Gathering Storm, allows for more apocalyptic effects to occur, there’s space for a more end-of-the-world scenario to play out.

Taking the game apocalyptic would mean you have to face up to scarcity much more. Gone are the days of uninhibited exploration and war, you’d have to martial your resources at every turn. Quite literally. It’d be tense and for those who could handle it, ultimately rewarding to stand atop their world as the one true post apocalyptic civilisation.

The Assassin’s Creed games take place in the past, but here’s a twist for you. Next game, the animus goes wrong, and you’re propelled far into the future where things have beefed it.

Honestly I think I’m just outright stealing from the second season of Dollhouse here. But imagine a game set in the future where the ramifications of the Assassin’s Creed history-exploring technology became commonplace. We’d all be lost in our ancestors lives, leading to the world going a bit quiet.

The ending of Final Fantasy VII shows Red XIII standing on a ridge, looking over the remnants of Midgar as it’s reclaimed by greenery. Beautiful.

No sorry what the fuck? That’s our ending? What happened to all the people who lived in Midgar, where have they gone? Is this the world over? A green apocalypse is still an apocalypse, and it’s time to find out what the heck is going on.

The canon ending for XCOM, as shown in the sequel, is that you lose. Humanity loses the fight against the aliens only to have the planet taken over. XCOM 2 sees you leading a scrappy resistance against the occupying aliens, seeing them forced back after a successful campaign.

The problem is it’s very strongly hinted that they were just there running away from something worse. That’s where XCOM 3 can step in, with even worse aliens turning up to turn our land into a living nightmare. What fun.

To be honest, the idea of living in the world of The Witcher is pretty apocalyptic as it is. You don’t know when you’ll be eaten by a gryphon, murdered by bandits, or some weird white haired bloke will come and make saucy eyes at you.

Seeing how it’s already quite bad, why not twist that knife a little. Maybe the world’s gone even more to pot, and this time Geralt couldn’t stand up to it. This time, it’s about survival, not winning. You wanted grim? That’s grim.

What games would you like to see get post apocalyptic sequels? Hit us up in the comments, but remember that Far Cry: New Dawn is released today, the 15th of February, and you can pick it up here.