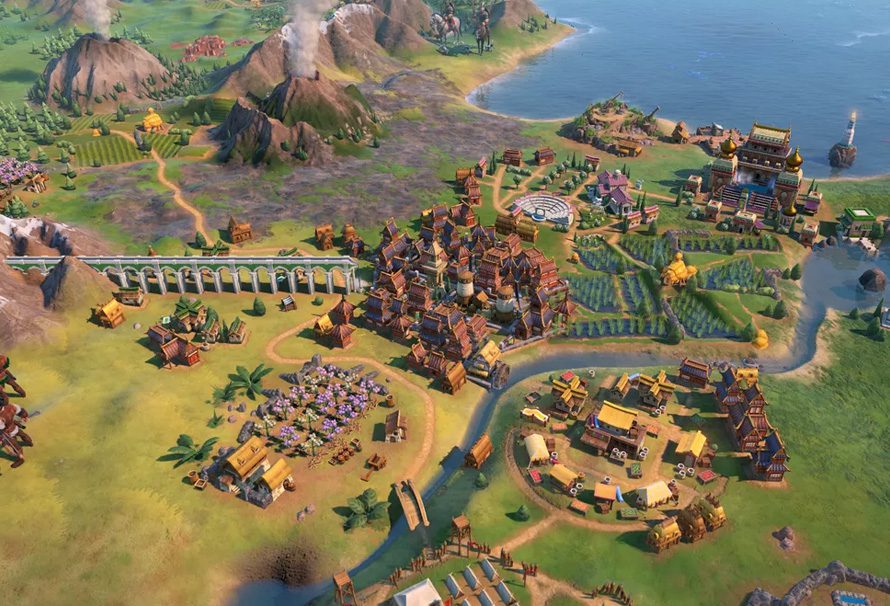 Civilization VI: Gathering Storm has been released, adding a new layer of simulation to the world. The ecology will need to be something you watch over, as your civilisation can and will have an effect on the world.

The world reacting to your actions is an extremely important message, especially in these climate end-times, but what about the other kind of disasters? Maybe it’s time for Civilization to go a bit…wild.

Here’s ten disaster types we’d like to see the Civilization take on.

Let’s start with a classic. What’s more disastrous than a load of aliens turning up in their spaceships, circular or otherwise, and them blasting the heck out of us? Thankfully we have hex-based combat to save us.

We all want dinosaurs back, but remember that life, uh, finds a way. We can’t have dinos without taking the risk of having dinos eating us. Maybe a research tree in Civilization leads to them being reborn in all their roary glory?

Let’s face it, no-one likes the undead. They’re pesky, rising up, eating our brains, sucking our blood, making pies out of children. In a Civilization game, you’d see them rising in every city and across the map, making them an absolute nuisance. Maybe new tactics are required.

Who knows when the next meteor strike will hit us? And at any point it could be an E.L.E. In a Civilization game, dealing with this would be two pronged. Making sure the research and technology is there to detect incoming objects early enough, and having the bunkers ready in case you fail to stop them.

A parable for the nuclear age, Godzilla (or a knock-off Godzilla-like) is here to remind us of humanity’s sins. Rising from the deep, Godzilla can only be fended off through extreme measures, or by giving it what it wants. Maybe you stole its eggs? You monster.

Welp, the religions were right. Time to end reality because the war between Heaven and Hell is going to take place. Do you take a side, or try to stop it from happening, Winchester style?

There’s nothing more dangerous than Supervillains deciding to work together, if Wanted is anything to go by anyway. Not sure how this would play out on a hex-based strategy game…but we want to see it tried.

Just so you know, we’re all boned. In about 3.75 billion years the Andromeda Galaxy will collide with our own. Now we’ll all probably be long gone by then, and so will our solar system, but it’s something to watch out for if your Civilization game lasts longer than normal.

Time travel is a narrative device that’s fascinating and interesting and always without fail messes things up. If civilisations in Civilization get their hands on it, then it’s probably game over as they can go back and undo mistakes. So you’d best make sure you get it first.

Robots have it hard, designed and developed only to be our slaves, it’s no wonder they’d eventually have enough and throw off the yoke of oppression. To be honest, we sympathise with the robots in this one. We’re going to go join up with Call-Me-Kenneth and overthrow your awful fleshy civilisation.

Civilization VI: Gathering Storm is out now, what disasters would you like to see added?