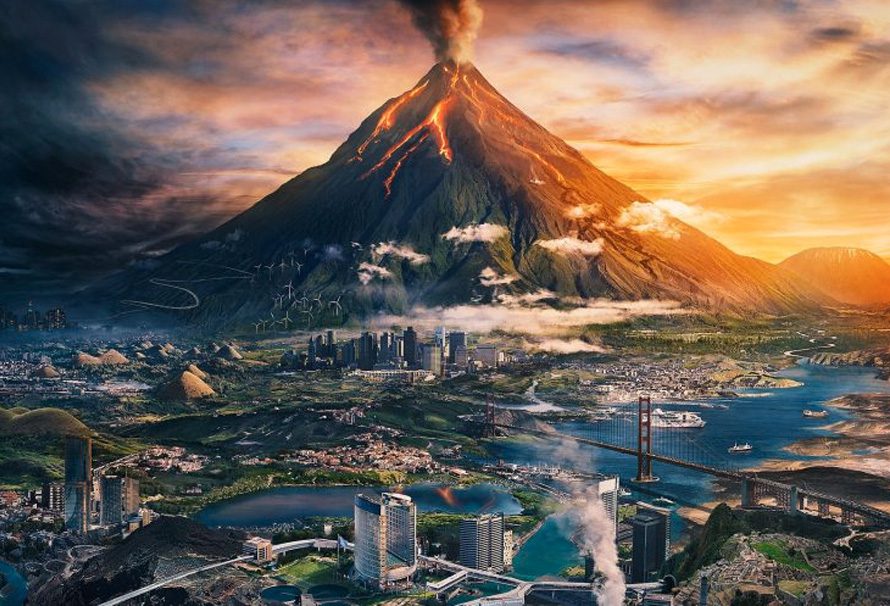 The second official expansion pack for Civilization VI will be launching soon, with a whole host of new features and additions for your game.

Civilization VI: Gathering Storm will be released on February the 14th, 2019.

Gathering Storm will introduce new weather effects, environmental disasters, and the world itself will react to the way civilisations affect each era.

The environment will change over time, both randomly and in reaction to human interference, leading to new challenges both the player and AI opponents will have to face.

New natural disasters will also be a part of the expansion. These include volcanic eruptions, river floods, rising sea levels, hurricanes, dust storms, blizzards, tornadoes, and droughts. Players will have to learn to either cope with the effects of these disasters, or mitigate them through improvements and technological discoveries.

In addition to this, the way a civilisation behaves with the environment will also have a factor in how the map’s weather develops and the frequency of natural disasters. Players may need to watch the CO2 levels in the atmosphere, and the emissions produced by their civilisation, in order to head off some of the worse environmental effects.

The terrain features that can be included in a generated world will be increased. Geothermal fissures and volcanoes will spawn on mountain ridges which separate continents, and floodplains will cluster along rivers.

In addition to the new features, they will be named by the civilisation that discovers them. For example, if the English discover a river, it may be named The Thames.

Diplomacy will be revamped in Civilization VI: Gathering Storm. Some features present in previous games but absent in the base game will be back, such as the Diplomatic Victory condition and World Congress.

Diplomatic Victory Points, Favours, and Grievances will all help you navigate the diplomatic seas, replacing the current Warmonger score amongst others.

World Congress allows you to build consensus or division between the world’s civilisations, garnering votes and courting help on weighty decisions in order to impose the will of the people.

Eight new civilisations will be included in Gathering Storm, with new units, new wonders, new technology and civics era, and two new scenarios to play through. The list of new civilisations and some of their defining characteristics are:

Civilization VI: Gathering Storm is available for pre-purchase here, and will be releasing on the 14th of February.