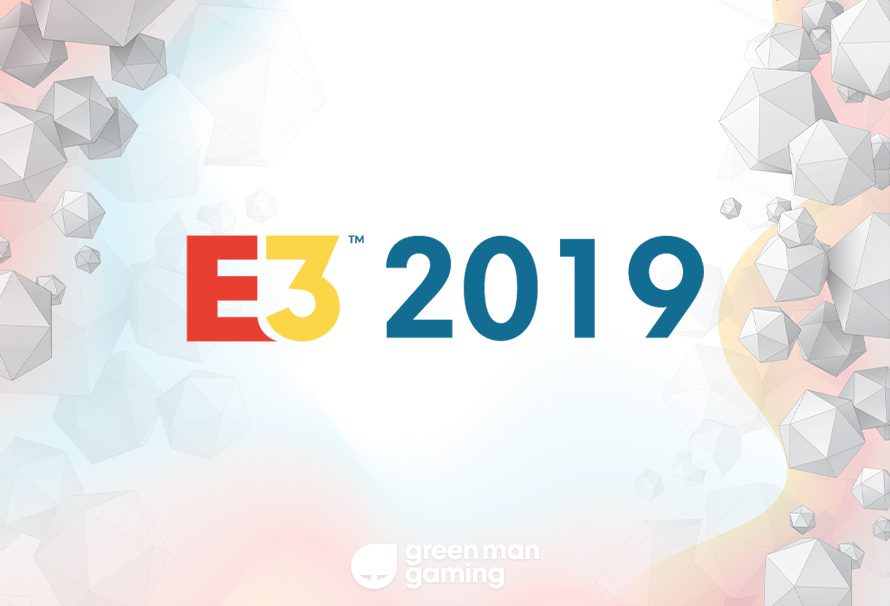 E3 is round the corner once again, bringing with it the Summer heat, lots of tired games journalists, and a heck-tonne of gaming news.

You can keep up to date with all the latest goings on with E3 on the Green Man Gaming blog, as well as catch all the conferences live on our Twitch channel.

We don’t yet know what this year will bring, but there’s always something unexpected. An upset, a huge new reveal, or simply technical issues. In order to be prepared for what might come, here’s a look back at the 10 most shocking announcements made at E3 – ever.

After a year of sniggering about the name of the Wii, no-one really knew what to expect. Then, our man Reggie took the stage during E3 2006. What Nintendo unveiled was the start of a revolution, fitting giving the development name for the Wii. With a simple movement-based controller and a slim profile, the Wii was perfect for everyone’s home, no matter your age. Years on, it’s no wonder those late 2000s were the years of the Wii.

Controllers live in your hands. So it’s important that they can be used by human hands. Enter the Sony PS3 ‘Boomerang’ controller, one made for no living creature yet discovered by humanity. Whilst it looks perfect for a 90s Joel Schumacher Batman film, it didn’t quite set the world ablaze in the way Sony might have wanted.

If you ever need a primer on how to not behave on stage, Jamie Kennedy has your back. Turning up apparently full of booze and empty of gaming knowledge, Jamie laid into the guests during the 2007 E3 Activision conference with glee. It’s hard to understate what a colossal trainwreck this segment is, so we’ll just leave you to check it out.

For years Microsoft had ruled the roost with the insanely popular Xbox 360, but that time was over. Time for a new set of consoles. Everyone was on tenterhooks as we awaited the next big thing from daddy Microsoft and what we got was…an hour conference about always being online, not being able to share games, and TV? Whilst Microsoft have clawed back perception in the years since, this reveal was nothing short of disastrous. It even gave Sony the chance to score a few points in their own conference held a little later, culminating in the now infamous ‘how to share games on PS4’ short.

What was Konami thinking. That’s the question on everyone’s lips after watching the frankly bizarre Konami conference in 2010. Filled with technical errors, awkward pauses, and ‘unforgettable’ guests. Nobody can even remember what it was they announced, because the only sound ringing through the halls of E3 2010 was the common refrain heard throughout the Konami Conference: ‘errrrrrrrrr’.

Shocking not because it was bad, but shocking because of impact, comes the Halo 2 reveal from E3 2003. Even now, sixteen years later, the Halo 2 reveal trailer is the gold standard for the industry. Watch almost any action-based game being announced and you’ll see DNA that points right back at this moment, the moment that Microsoft stood on stage and said ‘here’s some Halo for you’. Right or wrong, it’s crystallised how to make a trailer in a way that still affects us, and you’ll definitely be seeing some Halo-ish trailers next week.

‘When’s Final Fantasy VII being remade?’ was the question everyone had asked, over and over, for years beyond counting. In 2015 during the PlayStation conference, the answer was ‘now’. Seeing scenes from Midgar in modern-o-vision and hearing that music – that glorious music – remastered for modern ears simply blew everyone away. Years later with no sign of the game on the horizon, the excitement is still there. Because it’s coming. Dreams might come true.

Giant crabs, Ridge Racer, and a price that’s unbelievable, it’s Sony in 2006. It’s little wonder that Microsoft ‘won’ the console wars for a few years, when they were up against a hamfisted approach like this. This conference in E3 2006 made misstep after misstep. From yelled exultations for Ridge Racer to a ‘historically accurate’ action game featuring a giant crab with obligatory weak point, it was a disaster that affected the PS3 and Sony for years to come. The icing on the cake, however, was the price for the PS3. $599. Compare that to the the Xbox 360 starting price at $399,

Sega had a few bad years prior to the first E3 in 1995, the 32X had failed to set the world ablaze, and the Sega CD had also been a bit of a damp squib. But it was E3 time, they had a brand new console to show off packed with new games, and a further secret announcement. Walking on stage, Sega execs announced the price of the console – $399 (which included a copy of Virtua Fighter) and that the console was out in North America…now. A plan that may have gone better, if not for one thing.

Steve Race from Sony headed up to the stage later in E3 to provide a brief update about the PlayStation.

The price, in dollars, of the PlayStation in the US. Beating the Sega Saturn by a hundred dollars. All that could’ve made this any more of a slam dunk on Sega would be a mic drop at the end. Known now as the price heard round the world, it brought the PlayStation out swinging.

Do you have a favourite shocking moment from E3 throughout the years? Let us know in the comments below, and don’t forget that you can tune into all the E3 coverage you’ll ever need right here at Green Man Gaming.