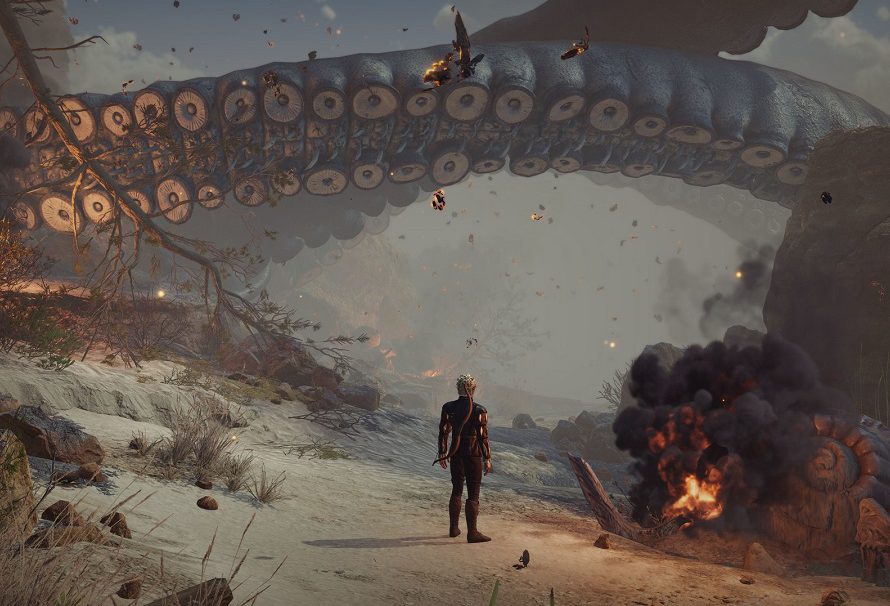 Somehow, Baldur’s Gate 3 is now a thing – an actual thing that you’ll be able to play when it releases in Early Access later this year. Perhaps more surprising than that fact is that Baldur’s Gate 3 is also shaping up to be mind-shatteringly good, and if you don’t believe the hype, here are ten reasons why you probably should.

This is a point that cannot be stressed enough really. Given that there is a finite limit to how many times one can replay the Bioware/Black Isle developed Baldur’s Gate games from two decades ago, to say that fans have been hungering for more adventures in Baldur’s Gate and the wider Sword Coast setting is quite the understatement indeed. It’s almost time to return to one of the RPG genre’s most compelling fantasy settings and we couldn’t be happier.

2. The Folks Who Developed The Divinity: Original Sin Games Made This

Unless you’ve been lounging under a particularly heavy rock for the last five years, you’ll know that Belgium based outfit Larian Studios has put out a couple of stone-cold RPG bangers with Divinity: Original Sin and Divinity: Original Sin 2. As such, the fact that Wizards of the Coast have trusted them with the development of Baldur’s Gate 3 should be quite the cause for celebration – not least because it looks like they’re going to craft one of the best fantasy RPGs in an age. No pressure folks.

Using an evolved version of the same game engine that powered the Divinity: Original Sin titles, Baldur’s Gate 3 simply looks incredible. With finely detailed, organic-looking environments and a camera that zooms in close to characters during dialogue scenes, revealing a wealth of lifelike detail and a range of artistic flourishes, Baldur’s Gate 3 will certainly be a treat for the eyes, to say the least.

4. You Get To Define Your Own Origin Story

As was par for the course in the superlative Divinity: Original Sin games, Baldur’s Gate 3 also provides players with substantial creative latitude to define the origins of their protagonists. By allowing players to determine everything from traits, class type, histories, through to relationships and world outlook, bespoke origin stories will intersect with non-linear quests to create playthroughs that are rife with nuance and uniqueness.

Neatly underscoring the superb origins system is the sheer amount of player choice that Baldur’s Gate 3 looks set to permit. Much like its classically revered predecessors, Baldur’s Gate the Third would appear to be very much an advocate of letting the player decide their own destiny. From a massive variance in the previously mentioned origin stories, through to a massive amount of branching dialogue and quests with multiple endings, Baldur’s Gate 3 is poised to absolutely ruin your social calendar.

6. The Mind Flayers Are The New (Old) Big Bad

If you have even a cursory knowledge of Dungeons and Dragons, you’ll likely be familiar with the tentacle faced Mind Flayers. Essentially the Bad Eldritch Lads of the Forgotten Realms Dungeons and Dragons setting, the Mind Flayers have implanted a parasite in your head which slowly corrupts you over the course of the adventure in a bid to turn you into an insidious agent for evil. Worse (or better) still, is the fact that you can telepathically communicate with other folks who also find themselves afflicted with the same parasite too. Fun!

Though the notion of turn-based and initiative driven combat is hardly a new one in the RPG genre, Larian Studios wields the concept with an innovative flair in Baldur’s Gate 3. Chiefly, there is a newfound focus on creative mischief that we really haven’t seen elsewhere before.

For example, a new Shove command allows you to quite literally propel enemies into pits, barge them into traps and nudge them off ledges. Elsewhere, an intriguing Dip ability allows you to quite literally submerge your weapon into elements in the environment, such as putting a club into a fireplace to set it ablaze, or fortifying a shield by dumping it in a pool of enchanted waters.

8. Legendary Heroes From Forgotten Realms Past Could Well Return

Though Baldur’s Gate 3 is set 100 years after the events chronicled in Baldur’s Gate 2, and both the titular city and Sword Coast region have changed as a result of the passage of time, it looks extremely likely that heroes and key characters from previous games could well return. Certainly, it’s worth bearing in mind that many races in the Forgotten Realms setting do not age in the regular sense, so don’t be surprised in the slightest if folks from previous games crop up throughout Baldur’s Gate 3.

In the RPGs of old, which not only included the Baldur’s Gate prequels but also similarly templated efforts such as the Icewind Dale and Torment titles, discovering secrets was largely a case of piling points into the ‘Detect’ ability/stat and stumbling across concealed loot in the environment. Well, Baldur’s Gate 3 takes things further. A lot further.

By employing an evolved version of the same game engine that gave such vibrant life to the Divinity: Original Sin games, Baldur’s Gate 3 hides a veritable avalanche of secrets high in nooks and crannies of areas that can only be reached by making generous use of that shiny new Jump command. Such a dynamic doesn’t quite turn Baldur’s Gate 3 into a full-tilt platformer, but it does breathe refreshing life into exploration in a way that the genre hasn’t really seen until now.

10. Online Cooperative Multiplayer That Allows Players To Do Their Own Thing

Tapping in neatly into the fond memories of being huddled around a table with friends as a game of Dungeons & Dragons tabletop gets underway, so too does Baldur’s Gate 3 embrace a similar approach to community play as it allows up to four players to tackle its mammoth offering together in cooperative fashion via online play.

More than that, Baldur’s Gate 3 allows players to split away from their party too – so you could have one player in town fetching supplies, while miles away, the rest of the group plunders its way through a subterranean dungeon stuffed full of baddies. Nice.

With no release date set but an early access coming later this year, join the Green man Gaming Community site and stay up to date with the latest gaming updates.