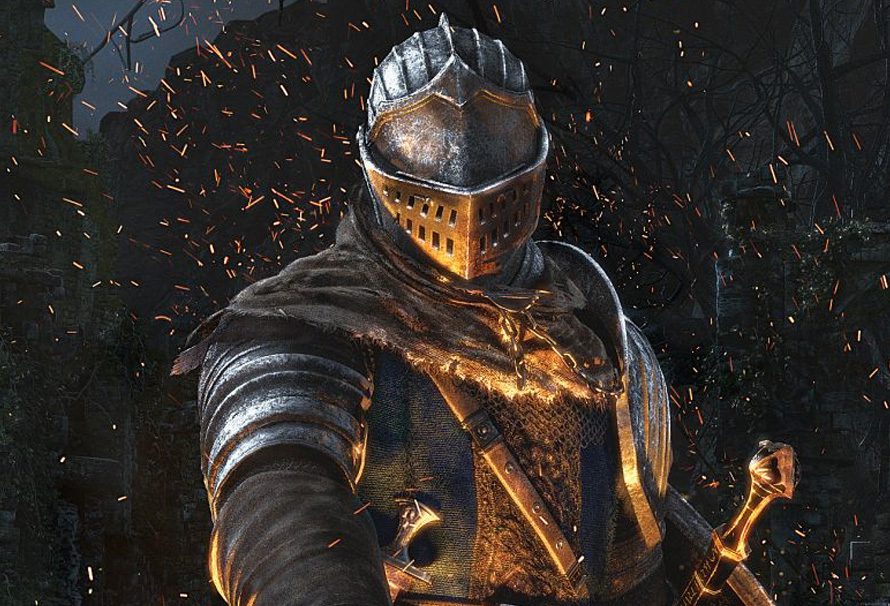 Dark Souls Remastered is a game with swords. But it’s more than that, it’s about a deep and rewarding combat system that rewards persistence paying attention to details, and a story that rewards much the same. Basically, it’s Dark Souls. You know Dark Souls. Everyone knows Dark Souls, it’s the third person action RPG series that pretty much everything over the last decade has been compared to.

There’s a huge amount of secrets and facts hidden away in Dark Souls, and in books like You Died which give you a glimpse behind the scenes of the making of Dark Souls. So here’s ten facts that we guarantee you didn’t know about Dark Souls.

10. The original title for Dark Souls was ‘Miyazaki’s Fun Dungeon’.

After the success of Demon’s Souls, From Software was under a lot of pressure to release a sequel. Miyazaki was happy to oblige, but felt a change of tone was needed. Originally what became Dark Souls was a much lighter affair, with clowns, balloons, and a magic dragon called Henry who was your companion throughout the adventure. Alas it wasn’t to be, as the game got progressively darker throughout development, until it was felt ‘Miyazaki’s Fun Dungeon’ didn’t accurately sell the game anymore.

9. Havel’s Armour is inspired by the feeling you get when you really need a poop.

Have you ever needed a poop? Really really needed a poop? Needed a poop so bad you waddled about grasping your butt? Well that’s exactly the feeling that Havel’s Armour set is meant to remind you of when you wear it. It’s little details like this which really bring the world of Dark Souls to life. Here’s hoping the poop waddling animation makes it intact into Dark Souls: Remastered.

A rare screenshot (above) has been uncovered of the original form of the Great Frey Wolf Sif. A giant pug called Snif was to be your foe, who would lick and slobber on your character until you drowned to death. Eventually it was thought that this was simply too scary for anyone to experience, so a much less terrifying monster was put in its stead.

7. If you shoot the tail off the Hellkite Dragon, it’ll cry. You monster.

The Hellkite Dragon is first introduced to you as you enter the Undead Burg, but later you can meet it as it guards a long bridge. By careful positioning and use of a bow you can shoot its tail off, which gives you a fairly powerful sword called the Drake Sword. However, doing so causes the Hellkite Dragon to well up with tears, and will spend the rest of the game licking at its tail and sobbing quietly, making this one of the truly emotional moments in Dark Souls.

6. Firelink Shrine is named after the time Miyazaki lost his job after working on The Legend of Zelda.

Before Miyazaki worked on Demon’s Souls, he worked on Legend of Zelda. His ideas, however, about permadeath and Link having to repeat levels over and over again to recover his lost trousers didn’t go over too well at Nintendo so eventually Miyazaki was let go. He never forgot those formative experiences at Nintendo though, and named the Firelink Shrine after the time he had his items thrown into the street outside Nintendo HQ by an uncaring bodyguard.

During character creation it’s possible to name your character anything, but if you leave the slot unfilled it actually inserts a default name. From this we can tell that the Chosen Undead’s canon name is actually Frank Deadlinger, a 32 year old postman from Seward, Nebraska. On a side note, it appears the only prohibited name in Dark Souls is if you call your character an ‘Undead Chucklefuck’, the reasons why are as yet unknown.

Eagle-eared players may be able to detect that Siegmeyer’s voice is muffled when he speaks to you, which many have speculated is due to his huge helmet. Recent investigations performed by a team who have access to the base game files have noticed that instead, Siegmeyer’s helmet is filled with a viscous liquid which is only described in-game as ‘sweat_soup.object’. Speculation is rife about what this might mean, with the leading theory being that it is a special potion that Siegmeyer uses to keep his strength up.

3. The game’s plot is actually lifted entirely from the film ‘Sleepless in Seattle’.

Many of you reading this may not remember the Meg Ryan and Tom Hanks romantic comedy Sleepless in Seattle, but to those who’ve played both Dark Souls and watched the film it’s no surprise that both film and game share their plots, almost point for point. Who can forget the scene where Gwyn wants to order ‘What the Chosen Undead is having’ or when Gravelord Nito says that you had him ‘at hello’. Once you’ve seen both, the parallels really do rack up.

2. If you wait for 15 minutes in your cell in the Undead Asylum, Pagan Min comes back and helps you lay your mother to rest.

At the start of the game you wake up in a cell, deep in the Undead Asylum. But did you know that if you waited for at least 15 minutes, Pagan Min would return from his errand and fill you in on his backstory – and a bit about your family history, then take you to lay your mothers’ ashes to rest. It’s a bit of a wait in that cell, but you can spend it looking at the amazingly rendered Crab Rangoon and enjoying the ambience.

1. If you complete the game in under an hour, the Chosen Undead says your name.

It took five years for this secret to be discovered, but in the end it was found that if you complete the game in under an hour, during the end credits the Chosen Undead will turn to camera and say your name. That’s not all they say, in fact they say the following: ‘Hello (name), well done for completing Dark Souls. But can you find the remaining seven Chaos Emeralds?’. The hunt is now on to find out what the Chaos Emeralds are and where they fit into the Dark Souls mythos.

There you have it, ten facts about Dark Souls that we bet you didn’t know. Do you have any other Dark Souls facts that we’ve missed? Hit us up in the comments.