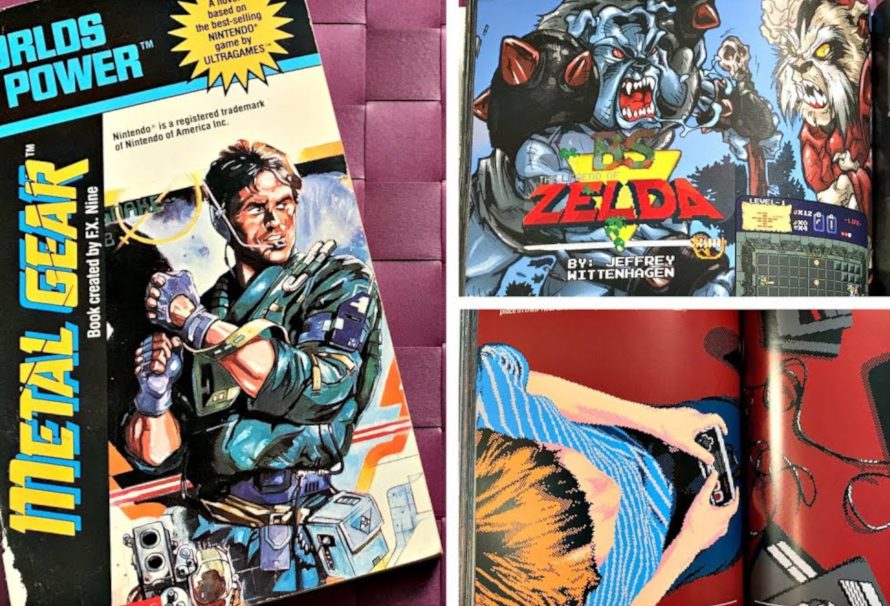 World Book Day lets us come together on the first Thursday of every March to celebrate the best fiction medium that’s ever existed. That’s right, the video game tie-in novel.

Many games contain a novel’s worth of text and fiction, but strangely the video game tie-in novel is still underused. Maybe that’s a shame, maybe that’s for good reason. But this World Book Day you can decide for yourself when we look at the 5 best video game books to ever be written, along with the 5 worst. To clarify we are looking at books written about existing video games, not books that became popular video games, so no Witcher on this list.

Sometimes all you want out of life is a bit of intrigue and some space combat. If that’s what you’re looking for then you’ll be hard pressed to do better than Elite Dangerous: Premonition by Drew Wager. Filled with robust three dimensional characters and some of the best spaceship combat ever penned, this novel is definitely one of the best video game books out there. For seasoned Elite Dangerous players there’s even more to enjoy, as many of the in-game events that players influenced are directly referenced or included in the book. Brilliant stuff.

Drew Karpyshyn is the brain behind much of the plot of the original Mass Effect games, and it shows in Retribution. Set immediately after Mass Effect 2 this novel comprehensively explores the Illusive Man’s plots, the imminent threat of the Reapers, and the dangerous technology that comes from the mix of the two. Enjoy if you’re a Mass Effect fan, enjoy even more if you feel the series went off the rails after Mass Effect 2.

You wouldn’t expect an FPS series starring a giant green warrior to spawn a great novel but you’d be wrong. Author Eric Nylund brings a third dimension to the Halo series with this novel, taking you behind the helmets of SPARTAN super-soldiers. You see their fears, their worries, and how they fight for what they believe in. Often heartbreaking as you look at how SPARTANs are made and trained, this novel is well worth anyone’s time, Halo fan or not. Especially if you’re interested in war fiction, sci-fi or otherwise.

Christie Golden is an experienced hand at the tie-in novel, having written for pretty much every property out there. She’s never been better than when she wrote of the trial of Garrosh Hellscream. Set in between Mists of Pandaria and Warlords of Draenor, this World of Warcraft tie-in novel is essential reading for any fan. Betrayal, intrigue, action, backstory, and far-reaching consequences that still rock Azeroth to this day. War Crimes is definitely one of the best video game books ever written and definitely the best World of Warcraft tie-in novel.

Myst is a game about books and so The Book of Atrus is a book about a game about books. Set as a prequel to the venerable puzzle game, it sets up the rules of the world and its magic perfectly through the master-student relationship at the core of the novel. Not only filled with dense fiction exploring a rich mythical history, this novel is notable for helping launch the career of David Wingrove, the lauded author of the Chung Kuo series. This hefty tome starts a trilogy that not only stands up today for its quality, but for being written at a time when tie-in novels, let alone good video game books, were a rarity.

Focusing on one of the least popular and least exciting characters in World of Warcraft, Stormrage is a game book that more than anything underwhelms. It’s possible to read every single one of its pages and walk away remembering nothing, no characters, no plot points. You definitely read it because there it is, finished, but what happened? No-one can tell.

Planescape: Torment is a game notable for being one of the first that treated you, the player, as an adult. You can read, you can comprehend complicated characters, you can keep up with a vast plot. The book on the other hand has none of what made the game and the setting so compelling, reducing characters motivations and leeching a large amount of the bizarreness out of the world. A great swing and a miss.

You wouldn’t expect an FPS series starring a giant green warrior to spawn a great novel and you’d be right. Join Doomguy, sorry, Flynn Taggart as he fights off hordes of the dead and the demonic. And er, that’s it. Imagine someone playing the original Doom and writing down every single thing they do without elaboration, excitement, or style. You’ve just read Knee-Deep in the Dead.

You’ve heard of things being so bad they’re good, unfortunately that’s not the case with the Baldur’s Gate tie-in novel. Stripped of most of the memorable characters from the game and with little of the plot intact, this frankly bizarre novel has to be read to be believed and would sit at the top of our list of terrible game books if it were not for…

Mass Effect: Deception is not only one of the lowest rated video game tie-in novels of all time, but one of the lowest rated novels. So bad it made BioWare offer an apology for its multiple issues and inconsistencies with the game series, Mass Effect: Deception is frankly a must read for any author. If only to learn how not to do it. Alas, it’s hard to get that version of the novel anymore as with the third game in the series, BioWare stepped in to offer some post-launch fixes.

So there you have it, ten novels, some great, some not-so. If you want to talk about game novels why not head over to our community forums and let us know what your favourites and least-favourites are, join the conversation this World Book Day.