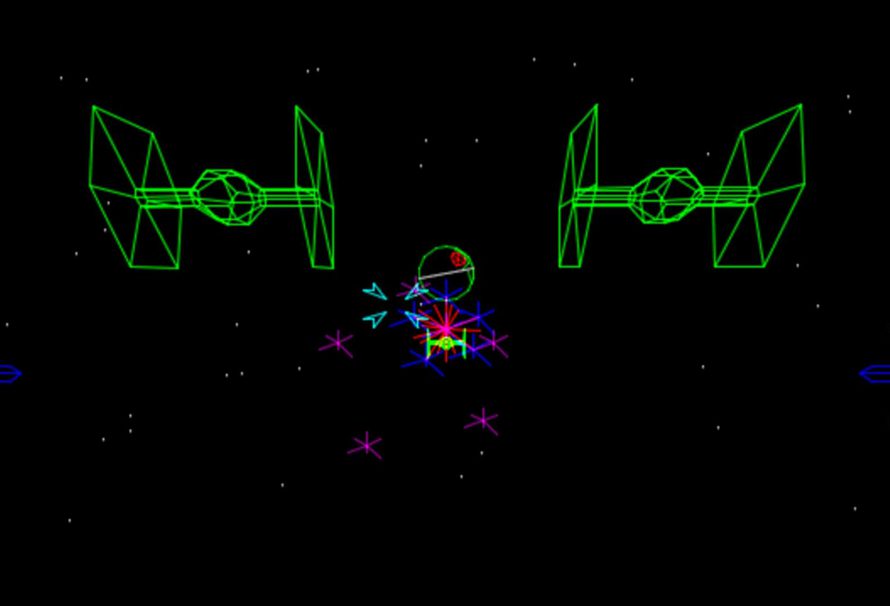 While 1983 might not seem that long ago in cinema terms, it’s ancient history on the video game timeline.

People still talk about the Return of the Jedi today, for instance, while 1983’s Star Wars (aka Star Wars: The Arcade Game) is very much from a long, long time ago. Since then, there have been over one hundred games tied to the Star Wars brand.

Yet gamers should take some time out every now and then to remember the history of their hobby, no matter how ancient. So let’s take a visit to the Old Republic to remember the game that put Star Wars on the video game map.

Before the Dark Times

In terms of choice, quality, technology, and popularity, it wouldn’t be hard to make a case for the gaming industry being in the middle of a Golden Age right now. Perhaps it’s not a coincidence that this era’s flaws—excessive commercialisation, predatory mechanics, over-saturation, and a helping of Sturgeon’s Law—were just as prevalent in the historically-recognised Golden Age of Gaming.

The Golden Age is usually said to have run from 1978, the year of Space Invaders, to around 1983. The age, in general, marked the rise of arcades. With them came the early evolution of gaming from a niche hobby to an entrenched element of popular culture, echoing the similar evolution that took us from the insular world of late 90s consoles in the post-arcade years to the all-pervasive gaming world of the modern-day.

For those old enough to remember it, 1983’s Star Wars still weighs in as one of the best video games of all time. It was a culmination of video gaming’s Golden Age and, in fact, was one of the last great examples of that age.

Despite its wild popularity, the Star Wars franchise didn’t crack the gaming world until the original trilogy was nearly over. The first Star Wars game, The Empire Strikes Back, released in 1982, a year before the final movie in the original trilogy. But it only took one game for Star Wars to take over arcades.

By modern standards, Atari’s Star Wars was hopelessly primitive. Its gameplay was modeled on the climax of A New Hope and consisted of three phases. The first was a dogfight in the skies (or space, anyway) above the Death Star. The second was the approach to the Death Star trench across the no moon’s surface. The third was the flight through the trench, the aim being to reach the end and unleash that fateful proton torpedo. Players could select three difficulty levels (or “Waves”), the easiest of which would omit the second phase. On completion, the game would loop back to the beginning, becoming harder.

In an unexpected twist, there were no demands on the player to wrack up a huge kill count. In fact, players only needed to survive to fire the torpedo heard around the galaxy—to “use the Force”, which would lead to a huge payout of bonus points. It was a peculiar nod to the objectives of the movie and speaks to the game’s relative sophistication. It even calls to mind similar easter eggs in modern games, like the Far Cry series’ “wait and win” secrets.

All of this action was sketched out in vector-based wireframes, calling to mind the visuals of Luke’s targeting computer from A New Hope. Vector graphics were still new-ish to gaming at this time, and they allowed for complex yet clear visual constructs and a sense of true 3D, which hadn’t been achieved in such fidelity before. Even to modern gamers, the graphics look crisp and recognisable. No mean feat at the time.

In 1983, Atari’s Star Wars was mind-blowing. The quality of the vector graphics blew away contemporaries and the synthesised audio was astounding for its time, creating recognisable interpretations of A New Hope’s most iconic lines at a time when voices weren’t a common feature in games.

Naturally, the Star Wars license bolstered the game’s popularity, too. Young gamers in 1983 were just as mad for Star Wars as they are today, and they had fewer outlets for their obsession to boot.

Sadly, there’s a physicality to arcade games that can’t be easily replicated or explained for the benefit of younger gamers. Gamers playing Star Wars in 1983 controlled the iconic X-wing via a flight yoke. The sit-down cabinet took that level of immersion even further and, combined with the visuals and audio, the experience was the full HOTAS set-up or even the VR of its time.

Atari’s Star Wars received a 1985 sequel in the form of The Empire Strikes Back, which released as a conversion kit for the original. It updated the action to the snowfields of Hoth and the blockade around the planet, with the player controlling Luke and Han respectively.

Its gameplay was largely unchanged, and with the waning of the Golden Age and the related decline of arcades, Empire saw less attention than its predecessor. As the game came in the format of a conversion kit, many arcade owners didn’t see the point in upgrading the original Star Wars cabinets to the new edition.

Still, Star Wars ‘83 and its sequel weren’t entirely lost to future generations. Though many players may have missed them, both games could be found buried as easter eggs in the GameCube’s Star Wars Rogue Squadron III: Rebel Strike.

The legend of the Star Wars 1983 arcade game survived into future games in the franchise, too. Future titles echoing the space battles of the franchise were inevitable, eventually leading to the wild popularity of the X-Wing series of games and other dogfighting titles, like the aforementioned Rogue Squadron, Star Wars: Starfighter, and the spaceborne elements of Battlefront II (both the old and new version).

The history of Star Wars video games has turned out to be oddly circular. As George Lucas himself would have it: “It’s like poetry, it rhymes”.

Atari’s Star Wars belonged to a tiny pool of Star Wars games, most of them straight adaptations of scenes from the movies. In the following decades, Star Wars would balloon as a franchise to create the ascended fanfic playground of the old Expanded Universe. Video games were no exception, and Star Wars games ran the entire gamut from releases that still make Top 10 Best Games lists to offerings that would win a video game equivalent of a Golden Raspberry Award.

With Disney’s acquisition of Star Wars, the Expanded Universe was retired to become the Legends brand. With it went the free-for-all on Star Wars in video gaming, as EA became the sole license holder for Star Wars video games. This narrowed the gaming universe of Star Wars back down to two canonical properties: DICE’s Battlefront series and Respawn’s Jedi: Fallen Order, bringing the Star Wars brand in gaming full circle.

If there’s a lesson to take from this, it’s probably that the appetite for a Star Wars dogfighter with all the bells and whistles the times can muster will always be the way to a Star Wars gamer’s reactor core. Even fresh off the high of Jedi: Fallen Order (and however they felt about The Rise of Skywalker), fans would be as happy to see a new space adventure in 2020 as they were in 1983. It is, after all, right there in the name of the franchise.Do you have fond memories of Atari’s Star Wars or the games it helped inspire? Comment below and share your nostalgia.