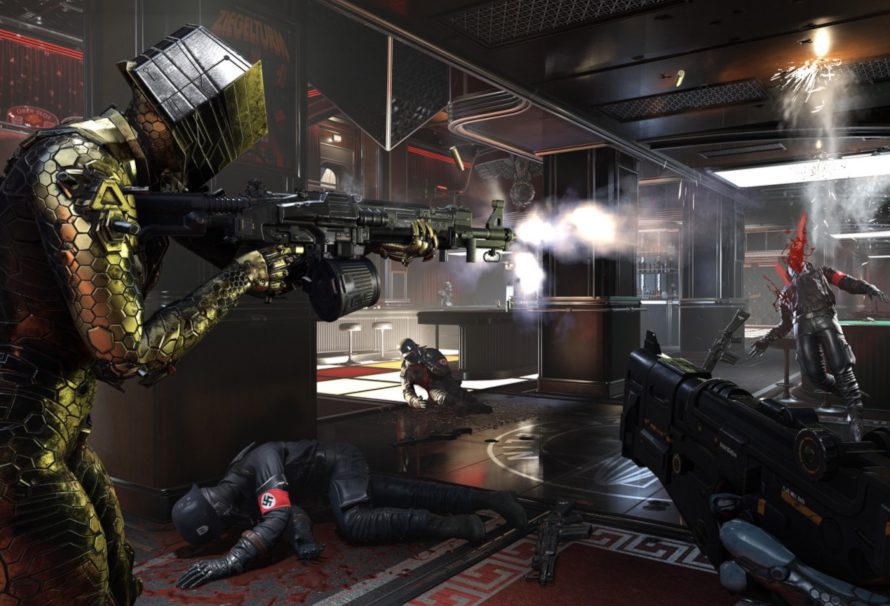 Here’s our brief guide to playing through Wolfenstein Youngblood.

The year is 1980, and series hero B.J. Blazkowicz has disappeared without a trace. In his place, Youngblood follows his twin daughters, Jessie and Zofia, as they track down their disappeared dad. Their journey takes them to Nazi-owned Paris, where they gain the help of the local resistance.

Youngblood focuses on the dynamic between Jessie and Zofia, which is reflected in the co-op gameplay and Pep Signals system that serves a dual role as both emotes and gameplay buffs. It’s another departure for the series, placing an emphasis on working together to take down the Nazi machine.

Youngblood features a healthy variety of weapons, from hatchets and hand-grenades to the Kraftwerk category of weapons. Each ranged weapon can be upgraded in four ways: grip, barrel, receiver, and sight. Each upgrade has a Brand, which reflects whether it upgrades accuracy, power, or speed. Stacking your Brand upgrades will allow you to tap into Brand bonuses.

There’s plenty to do in Youngblood. In a departure for the series, Youngblood introduces Metroidvania elements, with Paris acting as the game’s central hub. This means you’ll encounter plenty of side quests along the way, and gives you the chance to complete missions in a non-linear fashion. On top of the main and side missions, there are also daily and weekly challenges to tackle.

To help navigate this mission structure, here are the main quests in Youngblood and how to progress them.

Three missions kick off the game and bring you to the game’s main hub. They are:

After that, you can tackle these, along with various side quests you’ll want to take on to gain levels and unlock new abilities:

This leads to the final mission: Raid – Mission Lab X, and the final boss of the game.

Thanks to the non-linear nature of Youngblood, you can tackle side quests as you please, though you’ll want to keep an eye on their recommended levels: