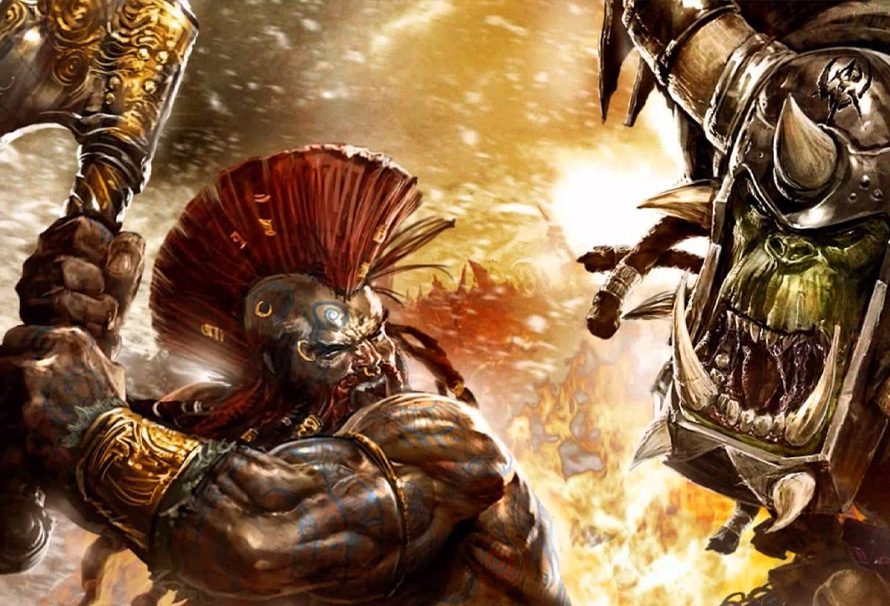 Last week we at Green Man Gaming hit EGX Rezzed hard. The yearly celebration of indie games takes place in Tobacco Docks here in London, and it’s filled with utter gaming joy. We were there, and this week we’re talking about the best games we saw.

It’s no secret that I’m an unashamed Warhammer fan, look to the bottom of this blog, it’s even in my bio.

Which is why I was tasked to check out the two Warhammer games in residence at Rezzed this year.

Vermintide 2‘s gone from strength to strength since release, and now it’s time for things to change.

Winds of Magic is set to shake up the game, with new enemies – Beastmen – new abilities and career paths for characters, but the major change is Weaves.

Weaves are an end-game mode that’ll push your co-op abilities to their max. Taking place globally, they’ll affect the way you play through the levels, with the titular Winds of Magic changing up the game. The Winds of Magic will blow across the game, altering segments of existing levels and providing new challenges for experienced players.

The whole community may need to band together on message boards, social media, and Discord to discuss solutions to some of the more troubling Weaves. The idea behind them is to mix things up, but for everyone at once. So you won’t be getting a random Weave when you select this mode, you’ll be diving into the same one as everyone else. You’ll be working independently but with the knowledge that if you’re stuck, someone else will be too.

It’s clear that the Winds of Magic blow a breath of fresh air into the game, especially for veterans who may be searching for a new challenge.

Warhammer: Chaosbane is an idea so obvious you wonder why the heck it hasn’t been done before. Diablo + Warhammer. Duh.

The section I was able to play took place in a dank sewer, filled with Nurgle’s delights. Four characters will be available in the full release, and I took on the mantle of wizard for my trial in the depths.

If you’ve played Diablo, Torchlight, or Path of Exile, you’ll be familiar with the rough flow of the game. You have a few abilities you use to destroy your foes, they drop loot, you check it out, repeat.

What sets Warhammer: Chaosbane apart are two things. One is that each class has a unique ability that affects that classes’ other abilities. For example, the wizard can control their spells directly. Launched a fireball in the wrong direction? Steer it back in and blow up some nurglings.

The other is just that this genre is the perfect marriage for Warhammer’s setting and tone. Warhammer’s world is dark, almost hopeless, but it’s also bombastic. Even though you’re ploughing through foetid sewers or forgotten dungeons, your spells and abilities make the screen explode with light and power.

Overall it’s looking like a good time for Warhammer fans. With Vermintide II: Winds of Magic and Warhammer: Chaosbane in the works, the dream of Warhammer Fantasy Battle won’t be dying just yet.