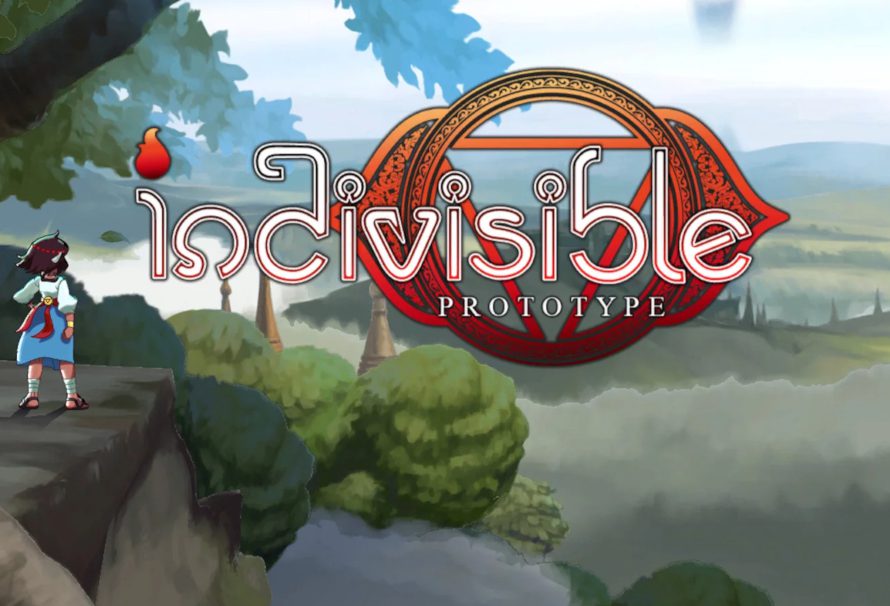 Since being announced back in 2015 Indivisible has continued to be a good-looking game, but also one that not many have played. After raising 1.5 million dollars the game has been in production for a while and should finally be releasing at some point this year. While this may seem like a long time, it’s important to keep in mind that the art work is all hand drawn, so the animation alone is a gargantuan undertaking let alone the rest of development.

Well, I got to get a proper hands-on with it at Rezzed, and while the build shown is an old one, the game is still showing a lot of promise. The visuals are striking, each character is drawn and animated beautifully, and you can see an excruciating amount of detail in every single one. It makes you wonder how they’ve managed to do it at all, the idea of tackling something like this boggles the mind.

The combat will feel incredibly comforting to anybody who has played a Valkyrie Profile game. You have a team of four you can utilise with a single button press. Each character has their own button and can have two attacks at any one time, these take time to recharge though so you have to be smart to make the most of them.

You can shift the properties of the attack by holding up or down, doing so with Ajna, the protagonist, allows you to break an enemy’s guard. This is literally essential, or all of your attacks will deal a merely one damage – nowhere near enough to actually take them out. This is the kind of thing you need to learn in order to take out the foes who will stand in your way. It comes in later too when you have to use an archer to knock a mini-boss out of the sky before unleashing hell.

Not all of your attacks are actually attacks though, some of them are debuffs, buffs, and most importantly, they can heal you. Managing your health and your defence is integral to your survival. You need to tap a button to block in order to mitigate the incoming onslaughts, otherwise you will need to spend more time on healing, or just end up dying. Fear not though, if you make enough successful attacks or blocks, then you gain access to resurrections and special attacks. It seems like a pretty deep system, but one that needs more than the 30 minutes I had with it.

The platforming seems like a lot of fun too. You use the axe to cling to surfaces and you can then launch yourself up higher as a result. Add in the wall jumps and the slide and you have a very enjoyable game to traverse. The axe can also be used to break down certain walls. You get new abilities as you go, the archer allows you to hit tricky enemies from above or below while not in combat. This helps you get the edge if you start a fight and can even be used for certain bosses. Given that there will be a roster of 20 characters, this could be a little overwhelming, but I have faith. Indivisible is a gorgeous game, but it isn’t just a pretty face. It plays well, has an engaging combat system, and the characters seem interesting even in a small vertical slice. Given that the build I got to play was quite old, it leaves me feeling incredibly excited about the full version. It seems like it is filling a unique void in terms of combat, and the game around it is fun as well. Fingers crossed we get to see it soon.