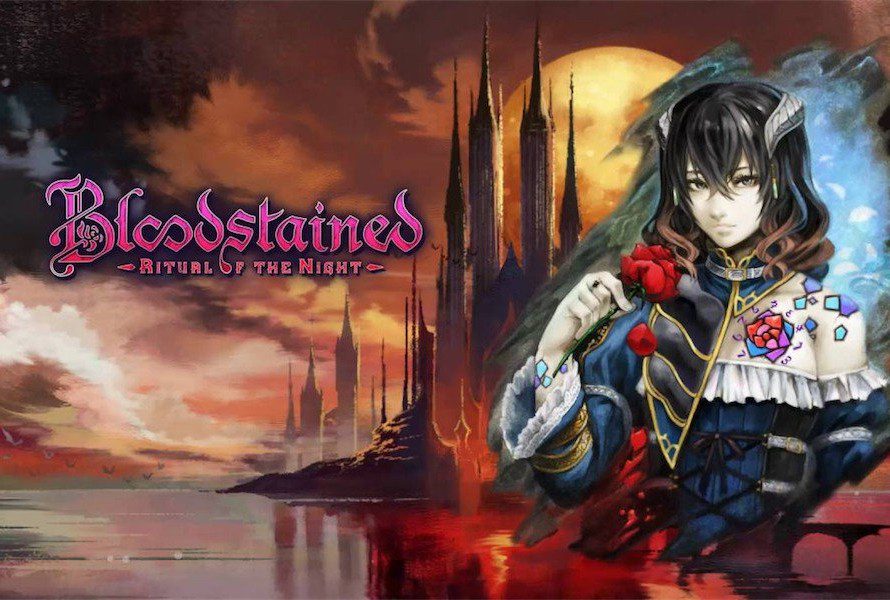 Last week the Green Man Gaming crew descended upon EGX Rezzed at the London Tobacco Docks to bring you the latest in best in gaming. This week we will be dropping all our thoughts and opinions on what went down, Starting with Jasons thoughts on Bloodstained: Ritual of the night.

To Castlevania, or not to….

Given Konami’s propensity for ignoring the great games that they could produce many have felt a real sense of longing for classics like Mystical Ninja, Hybrid Heaven (it’s a classic, don’t @ me) and Castlevania. Thankfully, Koji Igarashi is a free agent and has so far graced us with Bloodstained: Curse of the Moon, an excellent take on the very old-school Castlevania games and one of the sleeper indie hits of last year.

If Curse of the Moon is an appetiser, then Ritual of the Night is very much the main meal. You only have to look at the gameplay and the enemy designs to see just how clearly this is a Castlevania game in all but name. Instead of playing as one of the many Belmonts you take control of Miriam, who has awoken from a coma and has been tasked with confronting the Gebel who resides in the Demon Castle.

She has some unique abilities though, she can absorb the power of fallen foes because of the horrific experiments that caused her to fall into a coma ten year earlier. When she absorbs this crystallised power, she adds new abilities to her arsenal. These abilities take multiple different forms and are also one of the main ways of combating the Demon Castle’s rather unfriendly inhabitants.

The crystals can impact one of several different attack styles or abilities. For example, you can aim, you can hit y, you can hit RB. Your aimed attack tends to be projectiles or continuous attacks. I got to try out one that created a chainsaw of sorts that shredded enemies completely, and also one that simply fired an arrow. The Y attacks had mixed effects, one summoned a knight to attack for me while another sent a projectile along the ground. The RB seemed to be the metroidvania slot. I had one ability that let me grab and manipulate objects, and also one that turned me into a bunny girl.

The traversal feels good with a double jump being your main method of traversal. There is also a slide to get under low objects and potentially attack troublesome enemies. There were plenty of areas that hinted at other traversal abilities too. A lot of jumps were simply out of reach so a higher jump or a wall jump is no doubt hidden somewhere. I couldn’t swim when I found water, but there were definitely paths underwater, so you’ll gain the ability to swim at some point too.

All in all, this game is just about as Castlevania as it gets, and it is a lot of fun to play. It just makes the wait for it that much longer though, which is always the downside of any previews that are out in the world. Assuming the game lives up the rather impressive legacy that Koji Igarashi has then it is sure to be a stellar game. However, it didn’t feel very challenging, though that is possible it’s just because I’m coming in hot from the masochistic game that is Sekiro so it could be that my barometer is just completely off. The game just needs to come out soon so we can all delve into this comfort food style game of days gone by.