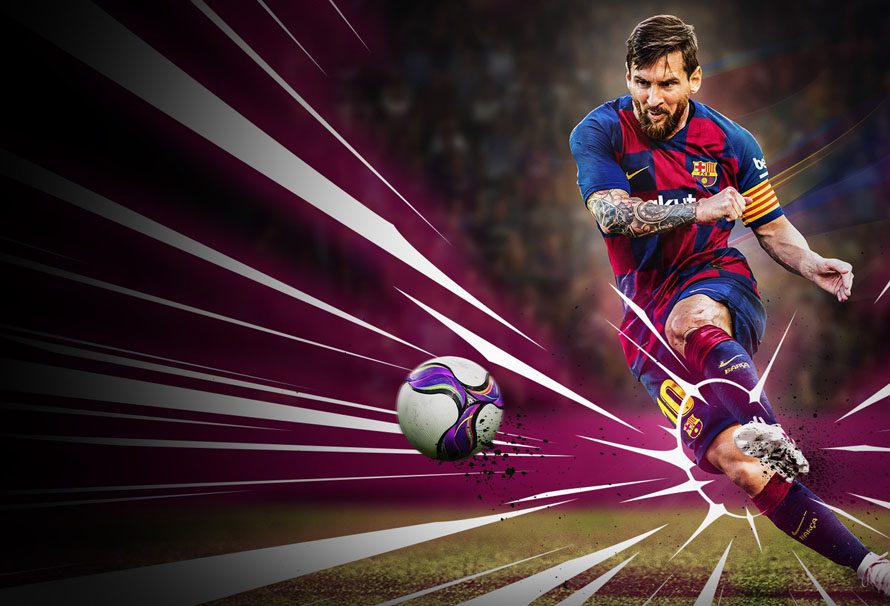 It’s never been a better time to love football and be a PC gamer than now, and over the upcoming days it’ll become even better with the upcoming release of eFootball Pro Evolution Soccer 2020, or eFootball PES2020 for short.

PES has always been the plucky underdog in the football world and the series hasn’t been afraid to reinvent itself. Now this year we’re getting a brand new PES game, one filled with improvements, new features, and more than anything an absolute passion for the beautiful game.

Here are five reasons why 2020 shows that PES is better than ever.

Whilst the game does on initial plays feel similar to PES2019, eFootball PES2020 has made everything feel just that little more heavy, that little more weighty. This helps not only make each tackle, pass, and maneuver feel more meaningful, it also helps make the players feel more unique. With animations that are detailed and a weightier feel, you know you’re controlling an individual player and not just something wearing Coutinho’s face.

PES has always excelled at the moment-to-moment experience of playing football, and that’s exemplified in eFootball PES2020 with the improved dribbling. It actually managed to replicate the feeling of touch on the ball, meaning you can pull of truly realistic dribbling. It’s helped that Andrés Iniesta himself has been consulted during the game’s creation.

Esports is here to stay

You might have noticed something different in the title of this years’ PES game – that’s right, eFootball. That’s because Konami are shifting focus a little with eFootball PES2020 to embrace esports. You’ll find a whole raft of new online features in-game, with Konami making a concerted push onto the PESLeague and eFootball Pro tournaments. You’ll even find a new Matchday mode with players around the globe taking on their team colours each week and helping their team to glory, one match at a time.

As is the norm now, there’s a smorgasbord of licenced teams, players, and locations to visit when playing. With beautifully rendered and detailed stadiums, you’ll be able to head to Old Trafford, Celtic Park, Stadio Olimpico, El Monumental, and many more in a globe trotting journey around some of the finest football temples the world has to offer.

It doesn’t matter how good a PES player you are, without good player AI you’ll be frustrated and confused. Konami have taken a hard look at the AI for eFootball PES2020 and improved on it in almost every way. With smart runs and a new feature where AI players react to certain ‘Inspire’ players by giving them space or helping them perform their signature moves, you’ll find that playing PES has never felt so real.

eFootball PES2020 is launching on the 10th of September, 2019 on Xbox One, PlayStation 4, and PC in most regions, and the 12th of September in Asia. We’re already gripping our controllers ready for some work tournaments, make sure you’re ready to dive right in by pre-purchasing today.