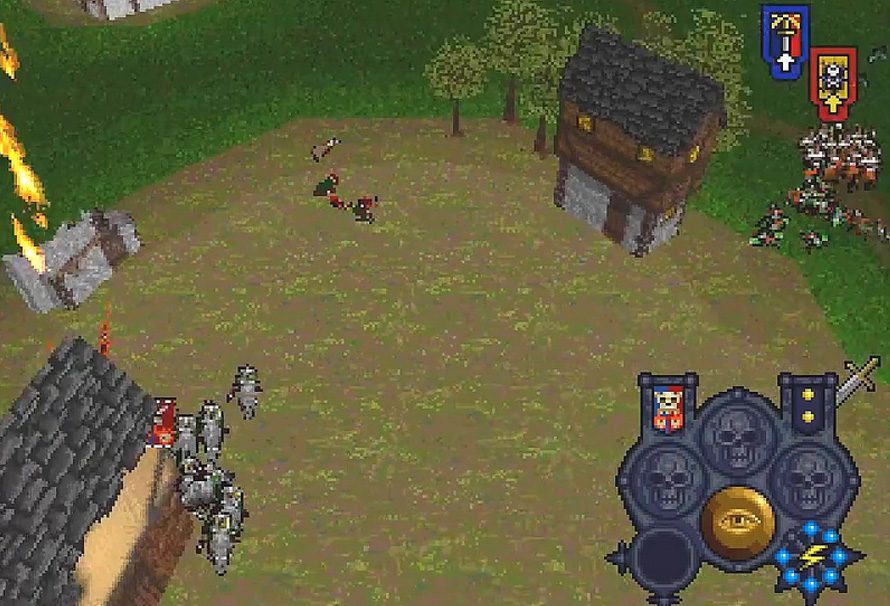 Warhammer’s back, baby. Everyone’s talking about Space Marines, Orks, Skaven, and the glorious power of Khorne. You can’t turn on the news without Theresa May addressing parliament about the fall of Cadia or Nagash’s cruel reign.

Warhammer’s everywhere, but for some reason despite there being a lot of Warhammer video games being produced, we still have itches that need scratched.

Here’s our ideas for five video games based on Warhammer that we’d really like to see.

There are uncounted billions of humans in the Imperium of Man, each at risk of corruption by ruinous powers, xenos, or worse.

Enter the Inquisitor. It is their duty to root out corruption wherever they find it, and to take appropriate measures. An adventure game where you play as an Inquisitor would be perfect, allowing you to gather clues, explore locations, and build a picture of guilt before declaring your verdict.

Think the Blade Runner game vs Discworld Noir with a bit of the marvellous autopsy quest from The Witcher thrown in. With added Chaos for good measure.

Perfect for wars between them. Linked by the Realmgates, Realm Wars could see you take control of a realm with the goal of taking over the others. With each realm having a theme, it means it should be possible for each to have unique means of play.

That’s where you come in. Shadespire is already the setting for the first season of Warhammer Underworlds, but it’d also make a perfect setting for a roguelike. What’s one of the main tenets of roguelike games? You die, you start again, but you’ve learned.

That’s just what happens in Shadespire, your character can die but they’ll come back. Sounds like it’s roguelike time to me.

The original Space Marine isn’t the best game on the planet, but it’s an absolutely solid experience. More than anything, it nails the feeling of being a seven foot tall ceramite-clad Space Marine as you crush and destroy the foes of man. It also had surprisingly robust multiplayer and co-op modes, during a time when every game was cramming them in.

The first ends on a cliffhanger, so let’s pick up the action again. Maybe Titus has joined the Grey Knights or Deathwatch after the events of the first game.

Whatever the reason for a sequel, it’d just be nice to spend time as a Space Marine again. Especially one voiced by Mark Strong.

We’ve had mech games before, but we’ve never had a mech game where you can feel like a Titan.

Standing astride the battlefield, seeing your foes as ants beneath your iron clad legs. Who wouldn’t want that?

Titans are slow, ponderous, every movement has to be planned. So many mech games feel like metallic humans, but a Titan game should make you feel like a colossus.

Do you have any ideas for Warhammer video games? Let us know in the comments.