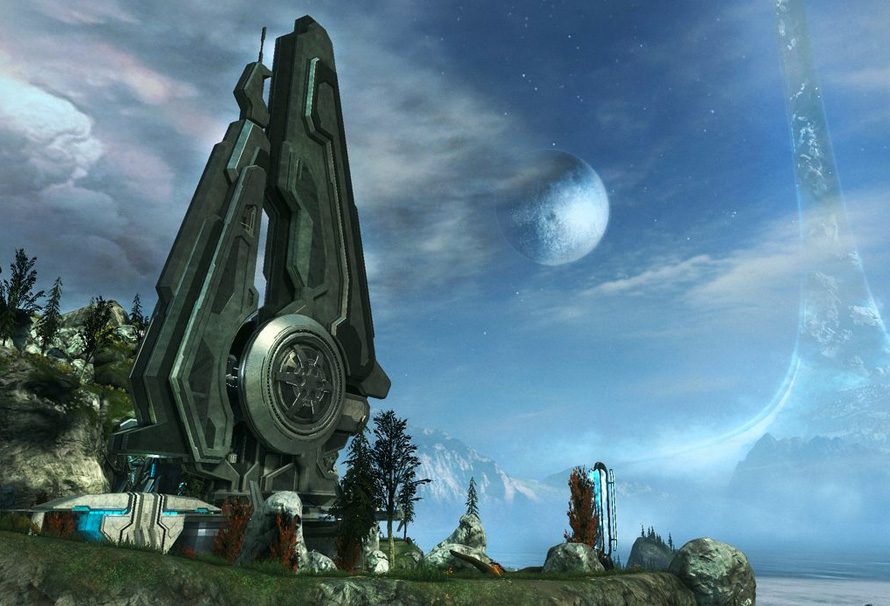 Halo: The Master Chief collection is coming to PC, both on the Microsoft Store and on Steam. This is pretty big news, as you can imagine. For the first time, PC gamers can get to play one of the most important FPS series.

The series is full of thrilling moments, but it’s one in particular from the first game that I want to talk about today. Because it’s a powerful moment, and one that absolutely holds up today in 2019.

First though, we need a bit of background.

The original Halo: Combat Evolved takes place on a Halo Array, a colossal megastructure similar to a Ringworld. The player, Master Chief, lands on one in the midst of a pitched battle between human forces and The Covenant, who have been at war with humanity for years.

For the first section of the game the Halo Array, mysterious as it is, is just scenery. It’s there to be an exciting and fascinating place to battle The Covenant on, but it’s little more.

This changes when it’s discovered that the Halo Array might be a weapon, one that The Covenant may be planning on using. Suddenly those beautiful mountains, scenery, and terrain become a threat to you and every human out there.

Master Chief and Cortana race to the Array’s control room to stop the weapon from firing. It’s there, in the rosy glow of success, that it starts to happen.

News begins to filter in of soldiers being killed, something lurking deep within the Array has been loosed.

It’s called The Flood, a hive-mind parasite race that infects hosts, and it’s become unleashed on the universe.

This holds up because of how the introduction of The Flood is handled. The entire tone of the game changes, at least for a while. Taking its cues from horror games and films rather than the bombastic action that’s preceded it, the story unfolds via transmissions and uniquely, silence.

Tracing the steps of the soldiers you’re tracking, you find…nothing. Signs of a struggle abound but of the soldiers themselves there’s nothing. This ellipsis in the action, this break, serves to build the tension. At the time, and even now if you’re new to the series, you’re left asking questions.

What happened? Who did this? Where have they gone? What’s going on?

Then it all comes crashing down, like the cresting of a wave. Those questions receive answers. And the answers are not pleasant. The Flood bursts out to attack you, and what has previously been a war between (almost) equals becomes a frantic fight for survival. Those soldiers that you fought alongside, whose voices were crying for help, are now twisted and turned into nightmares who want nothing more than to breed and infect their way across the galaxy.

Of course Master Chief prevails, but it’s that tension, that changing of the rules, that makes The Flood’s reveal in Halo: Combat Evolved just so noteworthy.

Halo is coming back to PC, with the others in the series, and it’s moments like the introduction of The Flood that mean it’ll remain an important and necessary series for anyone interested in FPS games.