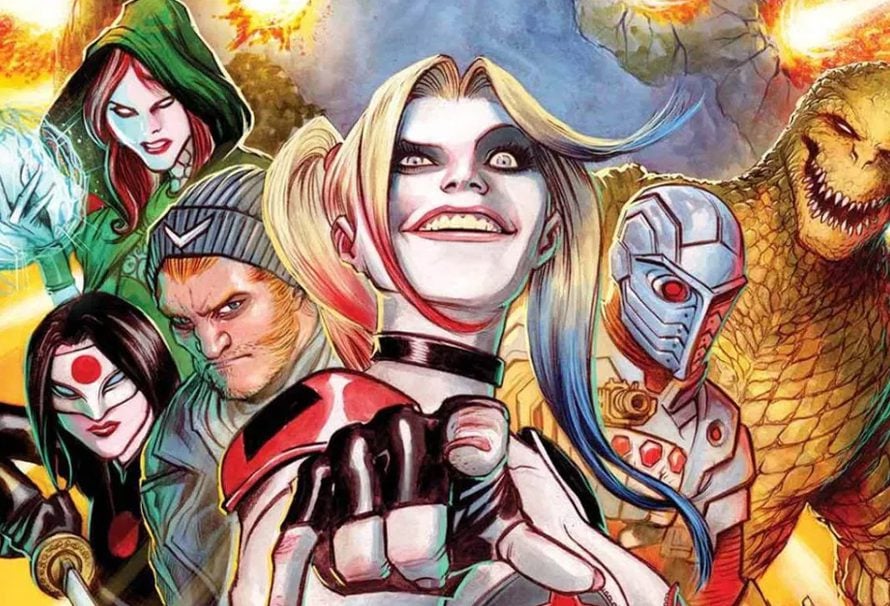 After years of speculation, London-based studio Rocksteady is seemingly poised to reveal its next title after a four-year gap. Warner Bros. is due to host a digital event known as DC FanDome on August 22nd, where details regarding the company’s upcoming slate of films, TV, comics, and games will be unveiled. One of which is expected to be a next-gen Suicide Squad title from the makers of the adored Batman Arkham series, Rocksteady.

Alongside WB Games Montréal’s semi-reboot of the Dark Knight, a game featuring the band of misfits has been rumoured for quite some time, with now several outlets – such as Eurogamer – confirming its existence. What this will look like is still up in the air, but it’s fair to assume that several familiar faces from the world of DC will be at the forefront of the experience.

Which members will be picked for those all elusive spots though? After all, Task Force X has seen quite a lot of changes since its inception in September 1959. So, that why we’ve put together a list of nine Suicide Squad members, that not only deserve to suit up in Rocksteady’s next outing but would make the most sense for a 2020 audience and beyond.

Doctor Harleen Frances Quinzel aka Harley Quinn has established herself as one of the most popular characters in entertainment over the last decade. In 2016, Margot Robbie brought the Cupid of Crime to the big screen for the very first time in David Ayer’s panned Suicide Squad, before following up with a Birds of Prey solo film earlier this year and another appearance already scheduled for James Gunn’s The Suicide Squad in 2021.

Harley fandom has exploded as a result. It’s near-impossible to attend a Comic Con event without seeing dozens of cosplayers wielding mallets or baseball bats, alongside her now synonymous look. Outside of this, DC has invested massively in the loveable anarchist, such as a new R-rated animated series and a bigger presence in its comics. It only makes sense to have Miss Quinn front and centre here.

Similarly, Poison Ivy has recently been given more of the limelight, appearing alongside gal pal Harley in the aforementioned animated series. Pamela Isley has been a fan-favourite femme fatale for decades, materialsing across all manner of media and building up a respectable following, thanks to her flower power.

Acting as a villain in Arkham Asylum and as an ally in Arkham Knight, gives the character an interesting moral compass. The green queen is hugely powerful too, though that could be to her detriment as implementation of Ivy’s superpowers are part of the reason why we haven’t had a standalone Superman game since 2006.

Both a regular Flash adversary and Task Force X squad member, George “Digger” Harkness made his debut in the comics 50 years ago before making his way to the Suicide Squad in the late 90s. What’s helped the Aussie stay relevant all of these years is his comedic chops and down on his luck personality that is hugely relatable.

While not strictly in the team, Amanda Waller is the orchestrator of the Suicide Squad and essential to any storyline involving the group. There’s a lot you can do with the character, whether as the overarching thread that links all the members together, a comms provider pointing the player in the direction of their next assignment, or even as the puppeteer pulling the string behind the scenes.

Waller’s analytical thinking and manipulative nature assures anyone that encounters the director, that though she may be powerless, she always has power.

Mr. Freeze may be one of the most known antagonist in Batman’s rogue gallery but it’s Killer Frost that should catch the cold this time. Wielding a variety of ice powers, there have been three variations throughout the comics: Crystal Frost, Dr. Louise Lincoln, and Dr. Caitlin Snow.

The latter version played a role in the Arrowverse and would seem a logical choice as she struggles between the pull of good and evil. A lot to work with and something that Rocksteady could certainly put their imprint on.

Father, son, and Grandson have all carried the name of Rick Flag. As founding member of Task Force X, the soldier turned mercenary was picked up by Amanda Waller once she spotted his skills on the battlefield, and as such made him leader.

Flag’s military background can be applied to gameplay in numerous ways from piloting vehicles to strategic warfare to scrounging for resources. Interestingly, the character actually appeared ever so briefly in Batman: Arkham Origins Blackgate on the Nintendo 3DS and PS Vita.

Master of the martial arts like no other, Bronze Tiger or Benjamin Turner has been packing punches for decades but has always had to settle for second fiddle. Even as part of the Suicide Squad, the antihero has wrestled with Rick Flag for leadership command throughout the years.

This is why including the pair could make for some fun interactions, on top of the ridiculous number of fighting styles at Turner’s disposal. Not to mention, Idris Elba is reportedly set to star as Bronze Tiger in The Suicide Squad. What better way to get audiences quickly acquainted?

Every team needs a big brute. The Avengers have the Hulk, Fantastic Four has The Thing, X-Men has Colossus, so what about the Suicide Squad? While Solomon Grundy and Killer Croc would both qualify for this position, it’s King Shark who takes the crown here.

Showing up across the Arrowverse, Batman: Assault on Arkham, the Harley Quinn animated series, and a live-action debut scheduled for The Suicide Squad, it’s time for the cold-blooded killer to dive into video games. More importantly, who wouldn’t want to control a giant man-eating shark?

Weapons in video games are fun. Weapons in video games are also a dime a dozen. So, out of the line up of members to join the Suicide Squad, the world’s deadliest assassin surely seems the most logical choice. Taking on the Bat countless times, Deadshot (Floyd Lawton) is now a regular member of Task Force X, appearing in live-action, comics, and animated releases. While saddled as a side mission for most of the Arkham trilogy, Deadshot never misses his mark and is well overdue a meatier role.