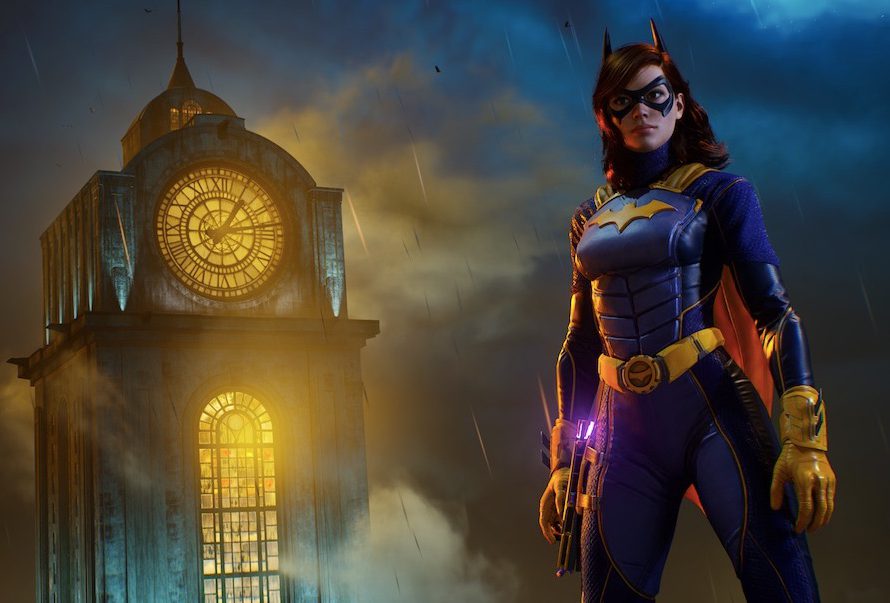 After the longest time, Warner Bros Montreal and Rocksteady Studios finally lifted the veil on their long gestating DC Comics projects, Gotham Knights and Suicide Squad: Kill The Justice League at DC FanDome this weekend. So naturally, it’s time to don our cape, reload our guns and sharpen our blades as we take a deep dive into the next generation of DC Comics games that will start arriving from 2021 onwards.

Developed by Warner Bros Montreal, the same talented group of bods that brought us Batman: Arkham Origins, Gotham Knights envisions a world where Batman has at last shuffled off this mortal coil. Leaving a colossal void behind, Gotham’s criminal elite sense weakness in the city and being newly invigorated by the fall of the caped crusader, seek to wreak havoc with impunity.

Looking to stop this new criminal uprising is Batman’s extended, if dysfunctional family consisting of Batgirl, Nightwing, Robin and Red Hood who must work together in order to restore order to Gotham City. However, lurking in the darkness for hundreds of years is a much more grave and mysterious foe than any of them have faced – the terrifying Court of Owls; an extremely powerful order that has long controlled the city from the shadows. In short, those of us who finally wanted the fan-favourite Court of Owls comic story arc to have its own video game look to be in for quite a treat indeed.

The biggest reveal regarding the story of Gotham Knights however, is that it is not set in the same universe as the Batman: Arkham games, thus potentially allowing the developers to bring back deceased characters from those games such as the Joker and others. You can catch the cinematic reveal trailer for Gotham Knights below.

Who Made The Cut?

In addition to Batgirl, Red Hood, Nightwing and Robin who are all playable characters, we caught a glimpse of not only the Court of Owls at the end of the official reveal trailer which you can see above, but also confirmation that the frosty Mr. Freeze will be making an extended appearance as an in-game boss and ongoing antagonist.

Based on the official gameplay walkthrough for Gotham Knights, we immediately see Batgirl screaming along the frosty streets of Gotham on her high tech motorcycle in a bid to reach Mr. Freeze and wrest Gotham from his icy grip.

After Batgirl’s biking shenanigans conclude, we see Gotham Knights adopt an elevated third-person perspective whereupon some familiar superhero shenanigans emerge. As Batgirl makes her way through an icy complex, we see her leverage a Batman style grappling hook and even a similar combat system that is predicated around the sort of combo, counter and takedown gameplay that fans of the Arkham games should find warmly familiar.

Where Gotham Knights arguably makes its biggest departure from the Arkham games of the past however, is in how it embraces the sort of action RPG based system that you might well equate with titles such as Destiny or Borderlands. Here, players not only have creative latitude to design character builds that mesh with their playstyle but perhaps best of all, the entirety of Gotham Knights can be played either solo or in co-op with one other player as well.

To catch Gotham Knights in action, you can catch the extended gameplay walkthrough taken from a pre-alpha build of the game below.

Release Date – When Will It Release?

Gotham Knights is set to release for PS4, PS5, Xbox One, Xbox Series X and PC sometime in 2021.

An entirely new story not chronicled in the comics or on the small or big screens, Suicide Squad: Kill The Justice League shifts the action from dark Gotham to sunny Metropolis and puts players in control of the titular squad of misfits. Following the escapades of Harley Quinn, King Shark, Captain Boomerang and Deadshot, the villainous quartet have something of a problem. Forced into the employ of Amanda Waller’s Task Force X, they must carry out her orders at all costs, with failure to do so resulting in the exploding of bombs that have been sneakily implanted into their skulls.

Oh, but it gets better. With the invasion of Metropolis being headed up by the intergalactic villain Brainiac, the Justice League have found themselves twisted to his will and are now pawns being controlled by this new threat. It’s at this point that Waller’s orders become very specific – the Suicide Squad must kill the Justice Legaue in order to remove Brainac’s strongest attackers and thus open a path to his own eventual destruction. It won’t be an easy task that’s for certain, but someone has to do it, right?

Who’s on The Mission?

As we’ve already seen, Suicide Squad: Kill The Justice League focuses on the anti-hero quartet of Harley Quinn, Deadshot, King Shark and Captain Boomerang. So far, it looks like that it will just be those four characters in the game which will be playable.

In terms of the villains however, we can not only see from the debut trailer that main bad guy Brainiac features, but so too does Superman as a corrupted pawn of the latter who can be seen murdering a pilot in cold blood.

The very fact that the game is all about destroying the Justice League means that Superman is technically just the tip of a very big antagonist shaped iceberg. In addition to him, we’ll likely see Robin, Nightwing, Wonder Woman, Aquaman and even potentially Batman among others.

An evolution of the third-person combat system that was pioneered throughout all of the Batman Arkham games, no gameplay footage of Suicide Squad: Kill The Justice League has been forthcoming as yet, but we did learn some key details from the DC FanDome showcase.

First off, the entire game can be played either in solo or with three other humans controlling the other members of the squad. In the case that’s just you taking on the might of Superman and company on your lonesome, the game will fill up the other spaces with AI folks to spread the load.

Envisioned as a hybrid melee and third-person shooter, Suicide Squad: Kill The Justice League not only allows each member of the squad to leverage their own unique abilities, weapons and powers, but also provides them with unique possibilities for exploring the massive open-world of sunny Metropolis as well.

Essentially, Suicide Squad: Kill The Justice League sounds like a cross between Evolve, Sunset Overdrive and the Batman Arkham games. What’s not to like, eh?

Release Date – When Will It Release?

Suicide Squad: Kill The Justice League will release on PC, PS5 and Xbox Series X sometime in 2022. In the meantime you can catch the debut cinematic trailer for the game below: