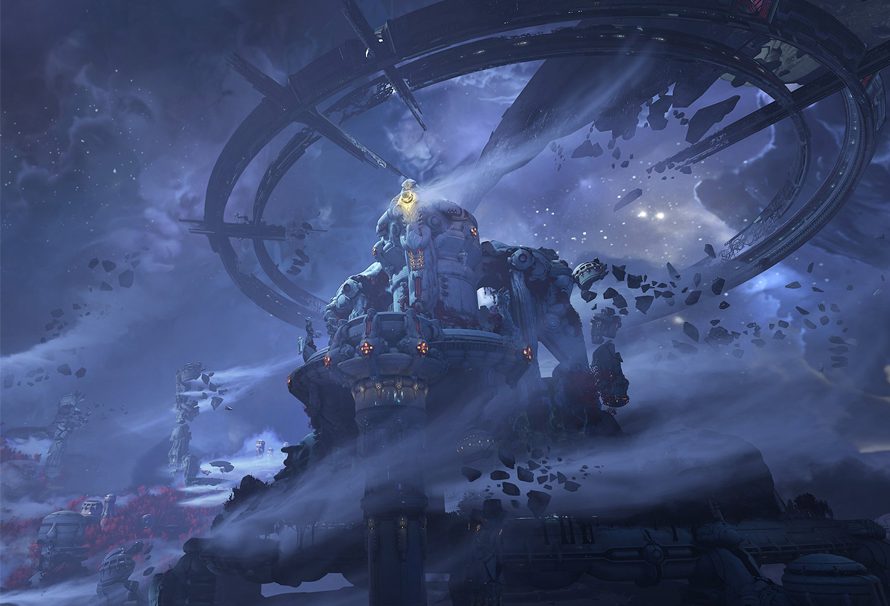 Doom Eternal launched on the 20th of March, 2020 to rapturous acclaim. Taking everything that made 2016’s Doom reboot the rip-and-tearing masterpiece and improving on the formula, Doom Eternal has shown that there’s still a lot still to explore in the series..

In Doom Eternal, the Doom Slayer returned to Earth and found a bit of a mess to clean up. After foiling the Khan Maykr’s plans and defeating the Icon of Sin, it’s time to kick back and relax. The demons are gone, it’s party time.

Unfortunately things are rarely that simple – especially if you’re someone who goes by the name ‘Doom Slayer’. Bethesda have announced that as part of their Year One Pass there will be two pieces of Doom Eternal campaign DLC. We’ve not got much information to go on just yet, but here’s everything we know about Doom Eternal’s DLC and where we think the Doom Slayer will be going next.

What Do We Know?

There’s been relatively little information released about where Doom Eternal’s DLC. We only have these two brief snippets to go on. The first is from Bethesda’s own website:

“Featuring new perspectives and new ways to play, these standalone stories explore the cataclysmic events that led to earth’s fall against the demons.”

The other piece of text is from the Year One Pass, which implies something happening after the end of the game:

“Your victory over Hell’s armies pulled humanity back from the edge of extinction, but it came at a cost. An imbalance of power in the heavens requires the true ruler of this universe to rise and set things right. Wage war across never-before-seen realms of the DOOM Universe, fight against new demons, and wield new abilities in your never-ending battle against the forces of evil.”

In addition, we’ve seen two screenshots of Doom Eternal DLC over on the official Twitter account. Here’s a brief glimpse of some of the locations we’ll be battling through:

That’s all the info we know for sure, here’s what we think that means.

Cleaning Up The Mess

The text on the Year One Pass implies at least one DLC package will be set after the end of Doom Eternal. After the game has ended several threats are still alive, despite the Hell invasion ending. The Khan Maykr in particular has a grudge against the Doom Slayer, which may mean a twist for the series. Instead of fighting against the forces of Hell, would this mean a more angelic fight is on our hands? Maybe we’ll be off to fight on Urdak, the Khan Maykr’s home world.

The other text from Bethesda’s site infers a prequel, probably set between games as the Hell invasion of Earth is beginning. What’s most curious about this is the reference to other perspectives. We don’t know many people in the Doom universe as they often end up dead, except of course for Dr. Samuel Hayden. At the start of Doom Eternal he’s in a bad way, his robot body being half destroyed. Might a piece of DLC see us playing as Hayden, arriving in his space fortress in an attempt to shut down the Hell Priests?
Either way, we know for sure that whatever Bethesda and Id have cooking for us, it’ll be some delicious demon-slaying action. Where do you think Doom Eternal will be going next? Head over to our forum and have your say.