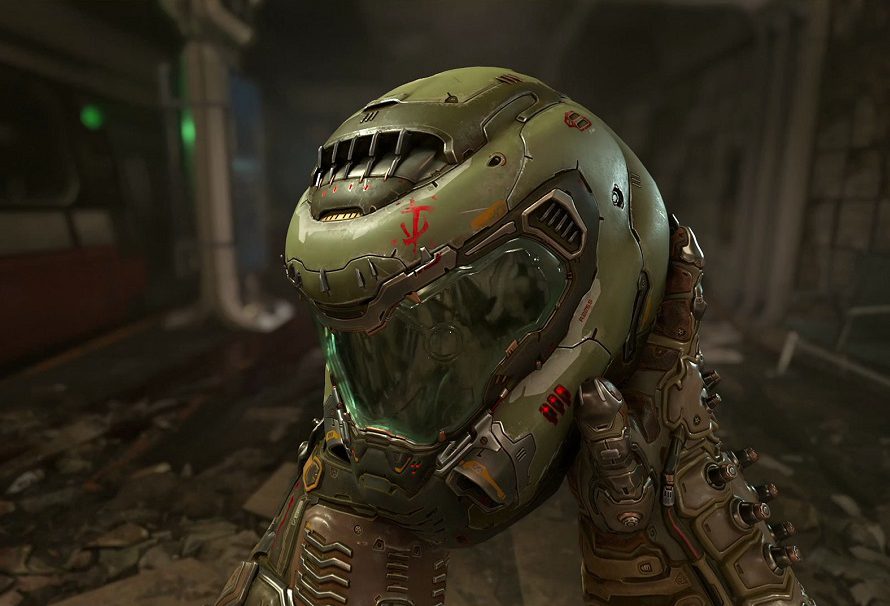 Some three and a half years since id Software successfully rebooted DOOM back in 2016, we now find ourselves with DOOM Eternal – a full-throated, full-fat sequel to one of the better shooters of the decade. Here’s everything you need to know about the game and why, without delay, you should already have it in your collection.

Arguably the cornerstone of DOOM 2016’s success was its trademark blisteringly frenetic and ultra-violent combat, and in DOOM Eternal I can happily report that it has returned with murderously satisfying aplomb. I mean, there’s nothing quite like setting a bunch of demonic lads on fire, lobbing a frag bomb to blow them into gibs of various sizes before making a Cacodemon swallow a grenade, followed by you ripping out its singular eye for a gory finish. Lovely stuff.

On the brink of death and with no ammo, armor or health packs around? No problem! One of the biggest new features that DOOM Eternal brings to the table is that it effectively turns every single enemy in the game into a resource that you can replenish you (once you kill them of course). The way this works is that setting folks ablaze will dish out armor, performing DOOM’s fatality esque glory kills will provide life-affirming blue orbs of health while finally, chainsawing some poor fool in twain causes ammo to literally explode from their corpse. Naturally, combining all three is crucial to success so if there is still demon murdering to be done, the game ain’t over.

DOOM Eternal Is One Of The Most Agile Shooters Ever Made

Expounding on the furious acrobatics that characterised DOOM 2016, DOOM Eternal cements its position as one of the most dexterous shooters on the market. Not only does it permit players to double leap and double dash around in battles like a total lunatic, but DOOM Eternal also has full blown platforming challenges that would make the portly mustached lad in the red dungarees blush a bit.

Levels That Are Many Times Larger Than Those In DOOM 2016

DOOM Eternal’s levels are simply huge. Stuffed with all manner of demonic encounters, weapons to find and secrets to collect, DOOM Eternal’s various campaign maps are so vast in fact that a fast travel option is provided near the end of each one to allow you to revisit previously missed areas. Additionally, the sheer variety of locations that you’ll storm around in DOOM Eternal is massively increased from its 2016 predecessor too, with stained glass castles, apocalyptic cities and more all providing a relief from the usual Martian base/gothic hell locales that we’ve seen in the previous DOOM games time and again.

The Best Heavy Metal Soundtrack In A Video Game

Arguably the beating heart of DOOM 2016, composer Mick Gordon once again returns to provide DOOM Eternal with a soundtrack that is every bit as visceral and heart-pounding as the on-screen action itself. Dropping extremely heavy metal beats (honestly, the track during the [REDACTED] boss fight is incredible) and creating an energetic thrum that hits a crescendo whenever a fight kicks off, DOOM Eternal’s soundtrack is easily one of the best ever heard in a video game.

A Hub Area That Is Absolutely Stuffed With Easter Eggs

Battlemode Is Quite Unlike Any Other Multiplayer Mode On The Market

Not wanting to fall into the usual adversarial deathmatch and battle royale templates that 95% of shooters seem to these days, DOOM Eternal’s Battlemode is a rather different beast indeed. Casting one team as a pair of demons (from a selection of five which will grow post release), and the other as the singular Doom Slayer, the two teams must duke it out until one team is left standing.

At the end of every round each team gets to gain new perks and upgrade their abilities to keep things interesting. Making things more sophisticated still is the fact that while the Doom Slayer possesses every weapon and mod from the main campaign, so too can the demons create traps and summon lesser monsters to make the Doom Slayer’s life hell. Pun intended.

There are no microtransactions in DOOM Eternal. Nope. Nothing. Zilch. Nada. However, the game does allow players to gain a persistent form of XP which can be parlayed for fancy new skins, emotes and more. Y’know, like every game should do.

Would you like to know more? Take a look at what we thought when we played DOOM Eternalat the pre-release press event and Join the Green man gaming Community site to see what all our gamers think.