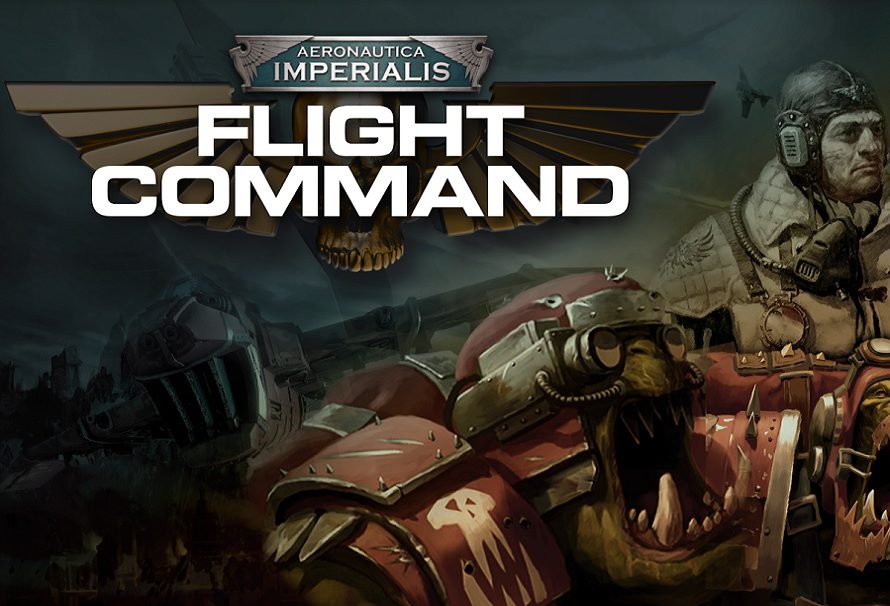 Fans of deep, turn-based airborne combat strategy will be cheered to hear that Green Man Gaming has expanded its published line-up with Aeronautica Imperialis: Flight Command, an entirely brand new entry into the Warhammer 40,000 universe which will release for PC this May.

Based upon the hugely popular Games Workshop property of the same name and emerging from veteran UK studio Binary Planets, Aeronautica Imperialis: Flight Command puts players in the shiny (or not so shiny) shoes of a high-ranking Flight Commander in the Imperial Navy or a Skwadron Kommanda of the Ork Air Waaagh!

With a veritable fleet to command in turn-based tactical combat scenarios, players will wage war both in the skies and on ground-based targets as they take control of a wide range of Warhammer 40,000 craft including Marauder Bombers, Thunderbolts, Bombas and Fightas as each side struggles for aerial superiority.

Channeling this conflict is the cinematic single-player story campaign that Aeronautica Imperialis: Flight Command encompasses. An entirely self contained campaign set on the classic Rynn’s World setting that is linked together with jaw-dropping cinematic sequences, in Aeronautica Imperialis: Flight Command’s single-player campaign players will take players on a sky-soaring odyssey stuffed with intense dogfights, spectacular ground strikes and much more besides.

Beyond the epic single-player campaign of Aeronautica Imperialis: Flight Command are eight mission-based scenarios that players can get stuck into too – either as single-player skirmishes, or against other players in online multiplayer competitive encounters.

An Airbourne Strategy Effort That Everybody Can Enjoy

Deftly suited for armchair generals and tactical newcomers alike, Once players have been suitably coached by the ten training missions of Aeronautica Imperialis: Flight Command, a bounty of tactical opportunities become available. These include crucial actions such as permitting players to dish out commands to various fleet elements, directly affect ship controls such as altitude and speed, while also enabling the deployment of a wide range of devastating weapons systems.

Key to Aeronautica Imperialis: Flight Command are the functional differences that exist between the two very different Imperial Navy and Ork Air Waaagh factions, as each has a set of unique units and abilities that the other does not.

Ultimately though, Aeronautica Imperialis: Flight Command empowers players to wage war in the skies like never before, putting a massive range of large and small ships at their fingertips in the sorts of scenarios that just haven’t been explored in previous video game adaptations of the Warhammer 40,000 universe.

“Following the creation of our Digital Partners Programme at the end of last year, we are very proud to now announce our first game under this new system and couldn’t be happier that it’s Games Workshop licenced title” commented Ian McGregor, Chief Marketing Officer for Green Man Gaming.

“Games Workshop are worldwide leaders in tabletop miniatures gaming, and the Warhammer 40,000 brand is a supreme testament to that. After 45 years at the top, it’s not surprising that Games Workshop has an incredibly dedicated and enthusiastic fanbase, and we can’t wait to show what we’ve been working on, whilst also welcoming a whole new audience of passionate gamers to this phenomenon.”