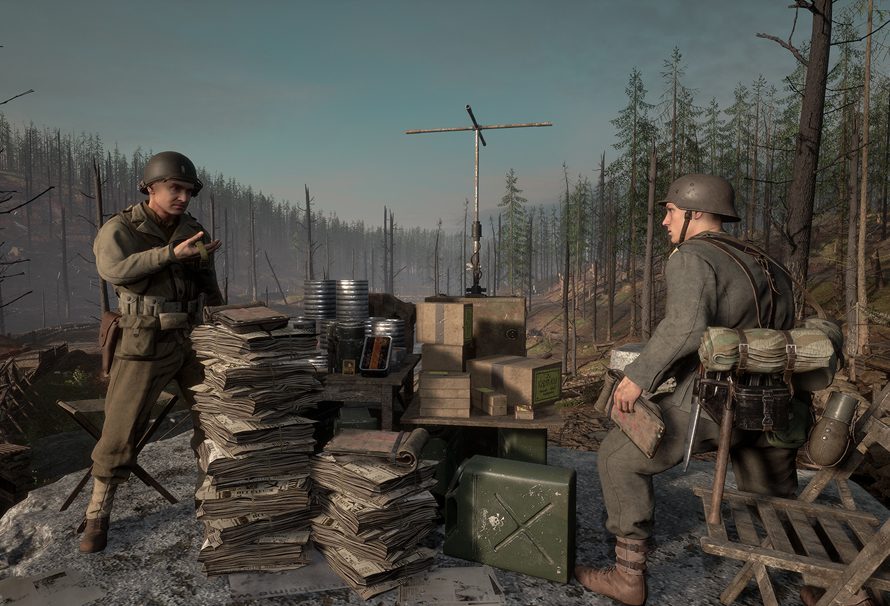 Since it’s launch into early access Hell Let Loose has become better and better with each update. Bringing graphical and sound improvements, new movement mechanics, improvements to game modes and more. Furthermore, and probably the one area that most people are interested in, is the addition of all the new maps to the game. Developers Black Matter Games have always done an excellent job creating accurate and extremely detailed maps.The most recent update added Carentan bringing the total number of Hell Let Loose maps to 9.

This map mostly consists of large farmers fields with long hedgerows running the length of the fields. You don’t want to be caught out in the open here.

Densely packed forests, large amounts of elevation and small built up town areas make up the majority of this map. However, it is the Hill 400 objective point that provides the focal point to the map. Assaulting this location can prove to be a difficult task as you battle up the steep hill.

Omaha beach creates a mix of engagement styles. With the open and exposed beaches, large farm lands and smaller key structures that are vital to gain control of when holding on to objectives.

Beware of the deep waters on this murky map. Purple Heart Lane can only be described as a slog with it’s difficult to navigate swampy terrain making movement slower or funnelling down choke points.

With Hell Let Loose new map you’re taken to the iconic town of Carentan for an urban warfare spectacle. Fight through narrow streets, destroyed buildings and battle hard to hold the train yard.

Another urban focused map Sainte-Mere-Eglise features the church at the centre. You’ll no doubt be wanting to head to the top to get some good lines of sight across the map.

The only map to venture to Belgium, Foy provides another unique map with it’s snow covered fields and fog. The town of Foy helps mix up the combat whilst playing as you will battle through the fields, the  town and out the other side.

Whilst similar to Omaha beach, Utah is a little more flat meaning engagements on the beach for the allies isn’t quite as punishing as Omaha. Hill 5 and WN7 provide areas for some very intense firefights. Expect to be defending or attacking these locations a lot.

Rolling hills packed with burning trees make up the majority of Hurtgen Forest. The Siegfried Line is at the heart of the map as it dips into the valley creating long sight lines from either side of the hill. Crossing the line requires patience, teamwork and a bit of sneaking around. A well placed sniper or MG can wreak havoc here.

Each map provides its own unique gameplay experiences and if you jump in, it won’t be long before you’re sharing your own epic moments with friends. With the Eastern front still to come you can expect to see more amazing Hell Let Loose new maps in the future.