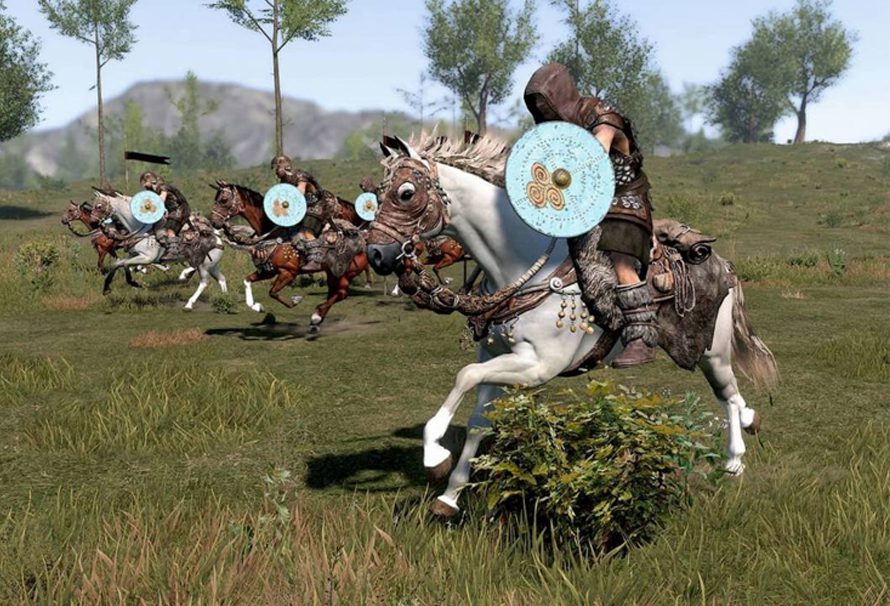 From the three pillars of the former unified Calradian Empire to the unrestrained savagery of the warriors of Battania, we fill you in on all the Mount and Blade Bannerlord factions right here, starting with the desert dwelling Aserai faction.

Finding a home in the sun-drenched Bronze Desert of the Nahasa, the Aserai have managed to make a home for themselves among the oases that have longed called out to distant travellers. Greatly inspired by the Arab tribes that were prolific prior to the seventh century, the Aserai boast a robust military structure consisting of slave soldiers, all the way up to Aserai Cavalry, Master Archer and Farisa regiments.

Nestled in the steep hills and foreboding peaks of north-western Calradia, the indigenous Battanians are a deadly faction of master bowmen who have long sought to protect their territory from usurpers and invaders. More than that, the resourceful Battanians are masters of night-raid based guerilla warfare too, with the Battanian Woodrunner and Battanian Veteran Falxman units being especially feared.

With the foreboding nine-horsetail banner as the fearsome symbol of the Khuzait Khanate, there are few who do not fear the vicious Khans of the steppe and provinces east of the empire. Inspired by the Mongol force that swept across Asia and beyond, the Khuzait Khanate is an ambitious force that boasts a particularly dangerous regiment of Khuzait heavy horse archers, in addition to footbound marksman units that can devastate their foes at range.

Shunning the monarchy rule that defines other cultures, the Northern Calradic Empire seeks to maintain the grip on its land which borders that of Battania, Sturgia and the nomadic Khuzait Khanate to the north-east. Specialising in armored siege equipment and boasting some of the finest archers on any battlefield, the Northern Calradic Empire represents an extreme threat to any force that attempts to engage them at a distance.

Under the steady but inexperienced rule of the widow of the former emperor, the Southern Calradic Empire like its northern neighbour, finds itself beset on multiple borders by a number of potentially hostile nations. Like its northern and western equivalents though, the Southern Calradic Empire finds itself deftly able to defend itself with its Imperial Legion and deadly regiments of highly trained archers and crossbowmen.

Led by a cabal of wartime veterans, the militaristic Western Calradic Empire shares borders with the northern and southern empires, in addition to Battania to the north and Vlandia to the west. Because of the potential for imminent conflict, the war-hardened Western Calradic Empire does not skimp on its fighting capabilities, bringing devastating siege weapons and hardened Imperial Legions to the fight.

A massive power in its own right, the Sturgian faction has made almost the width and breadth of all the forests in the north its home. Encompassing a gargantuan trading empire built off the backs of the tremendous hunting opportunities that these wooded areas provide, the Sturgian army is well supplied and resourced army to say the least. Strong economy aside, the Sturgian military is also a roundly capable force too, with the wild Sturgian Berserkers proving to be an especially terrifying foe.

The last of the Mount and Blade Bannerlord factions, Vlandia has a unique claim to fame in that it is the predecessor to the kingdom of Swadia in Mount and Blade Warband. Ruled by King Derthert and boasting more starting territory than any of the other factions, the Vlandian army is a disciplined force boasting a wide range of scouts, skirmishers and footmen all the way through to specialist sharpshooter and cavalry regiments.