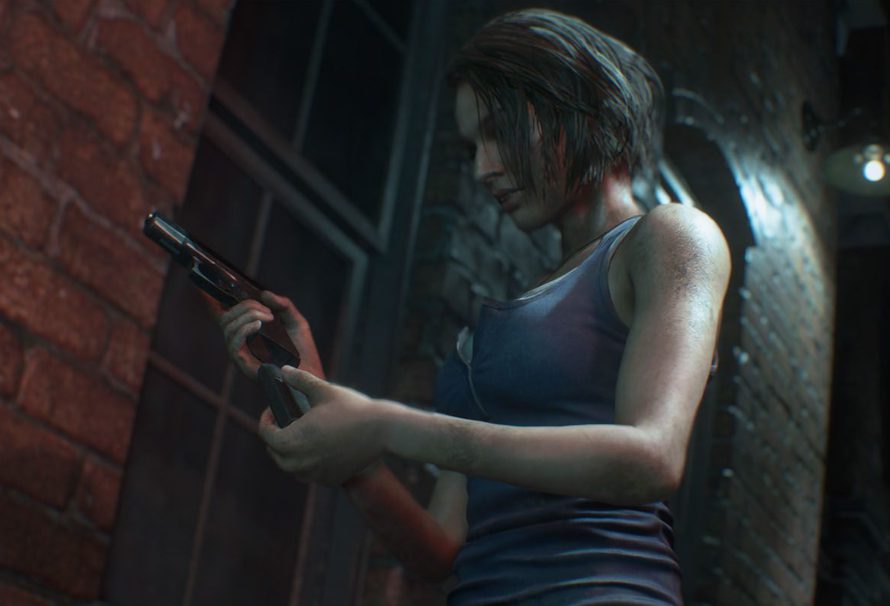 The Resident Evil 3 Remake is approaching fast, like Nemesis it’s hunting you, ready to pounce onto your PC and engage you in a frantic battle for survival against its deadly roster of enemies. Launching on April the 3rd, 2020, the Resident Evil 3 Remake looks to be an update and overhaul similar to the second game in the series, bringing a whole new fresh perspective on a classic game.

This means that the monsters and enemies in Resident Evil 3 will be getting an update too, coming at us in new ways and in new forms. We can’t rely on knowledge gleaned from 1999 to survive in Raccoon City anymore, we need to look ahead at what’s coming.

Whilst we’re sure there’ll be some surprises waiting for us in the dark of the release date, here’s every enemy and monster currently confirmed for the Resident Evil 3 Remake.

The big boy is back and he’s angry. Nemesis is such an integral part of the Resident Evil 3 Remake they named the original game after him. Nemesis is getting a visual overhaul for the remake, looking more terrifying than ever.

The big update though comes in the form of its AI. Whilst stalking you through the streets and buildings of Raccoon City you won’t be able to dodge Nemesis using your old information, this new and improved version will be a true challenge of your survival skills.

You knew this was coming. Raccoon City’s exports are many and varied, but it’s most renowned for its zombies. Lurching out of a hidden laboratory and facility deep underneath the city, these undead horrors are the poster child for the Resident Evil series.

They may not be famous enough to get a game named after them, but these Resident Evil 3 Remake monsters are definitely iconic enough for us.

Hunter Betas are set to make their return in the remake, hunting you with quick attacks and their trademark deadly leaps. Created as an evolution of the Hunter Alphas seen in the original game, these creatures are a shocking and hard to kill enemy no matter when encountered.

It’s not yet 100% confirmed that the Hunter γ will be an enemy encountered in the Resident Evil 3 Remake, however screenshots leaked last month indicate their inclusion. Created by bonding human DNA with amphibian eggs these creatures have a horrifyingly frog-like appearance and similar to Hunter Betas, come equipped with deadly leaping attacks.

Be warned everyone, the Gravedigger is what happens when you just start throwing out chemicals and old corpses. Born from an influx of T-Virus-infused corpses which have been tossed out, this boss will be making a return in which will be one of the more memorable Resident Evil 3 Remake monster fights.

Sliding Worms and Gravediggers go hand in hand, or rather slithery worm in hand. The disgusting children of the Gravedigger, these worm-like creatures swarm from the sewers and can be found in multiple locations in the original game. No matter where you are in the Resident Evil 3 Remake, make sure you check the floor…

Apologies, arachnophobes. Giant Spiders are returning, and now they’re more lifelike and disgusting than ever. Accidentally created due to an infusion of the T-Virus, these are sure to be the bane of anyone fearing 8-legged monstrosities.

Crows are not yet fully confirmed enemies for the Resident Evil 3 Remake, but a recent tweet by the series’ marketing planner has set the crows amongst the pigeons and set off a thousand rumours of their inclusion in the game.

That’s all the creatures and monsters we’re sure – or at least fairly sure – will be in the game. Some others from the original Resident Evil 3: Nemesis have yet to be mentioned, however, their inclusion is likely. Here’s what may be in the game, but haven’t been confirmed or spotted yet.

We’ve yet to catch a glimpse of these awful creatures. These poisonous spitters were created by the infection of arthropods during the game’s background incident, and are a close relation to the Drain Deimos. Speaking of…

Parasites that have been infected and twisted by the T-Virus, the Drain Deimos swarms you in groups and in the original game were a terrifying and ruthless Jill-killer. In particular, this Resident Evil 3 Remake enemy, if it returns, will be a disgusting thing to see as it is descended from the common flea.

These creatures are a stalwart feature of many Resident Evil games, and have been so iconic to the series they even made it into the original Resident Evil film. These haven’t been spotted prowling in the Resident Evil 3 Remake yet, but if they’re there, be sure to react fast.

Rumours abound that we may be seeing a T-103 Tyrant appearing in the Resident Evil 3 Remake. With an appearance in Resident Evil 2’s Remake as well as the original Resident Evil 3: Nemesis game, we’ll be keeping a close eye to see if we are stalked by these ruthless killers in this game too.

Hopefully, now you should have a clearer idea of what you may be facing off against in the upcoming Resident Evil 3 Remake, which monsters you might see and which enemies will be haunting your nightmares as you flee through Raccoon City. What’s your favourite Resident Evil 3 Remake monster? Head on over to our community forums and have your say.