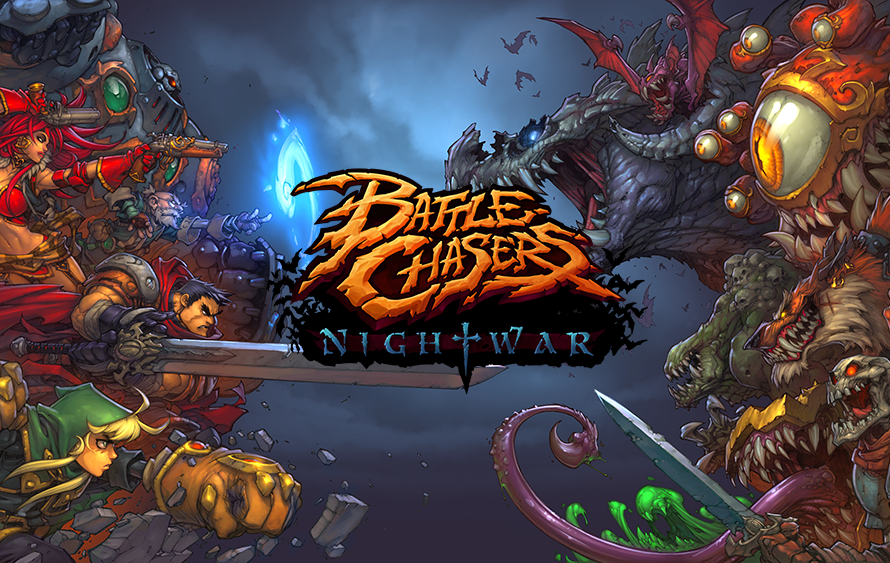 We’re giving away 2 copies of the excellent indie game Battle Chasers: Nightwar over on our Competitions page!

Here’s the games details for you to check out:

The best-selling comic book Battle Chasers was first released in the late 90s and quickly generated a passionate cult following.

Or, if you prefer, here’s what a gamer thought in our review section:

Finally, Battle Chasers are back! – Dave24

Joe Madureira is finally back! After dropping Battle Chasers after 10 issues (if you count #0), to venture into the big world of Marvel and be creative director on the Darksider games, he’s back to the franchise after a 16 year hiatus. Nightwar is more or less a follow-up to what comic books had, but you are not required to know about them in any way, shape or form, because the game introduces itself pretty nicely. Plot may be not something to write home about (actually, at times it might be considered a complete dud), but this one is all about great art direction and good old classic turn-based RPG. Graphics are really nice, but where it really shines are the amazing cutscenes and that’s actually the meat of the game. As for gameplay itself, there is not much to say, because it doesn’t try to do anything new, but you don’t try to fix something that isn’t broken and sometimes it is good to do something safe but working, then risk and make the game itself a chore. Boss battles are really intense, though, although shame backgrounds are pretty meh. Overall pretty solid game and I hope we will see more, although with better writing and maybe bigger budget, so there could be more variety in environments. If I would have to score it, I would give it 7.5/10. If you have nothing to play, then you won’t regret this one, but if you have major backlog, you’re better off waiting for a sale.

If that sounds good, then enter our competition right now!