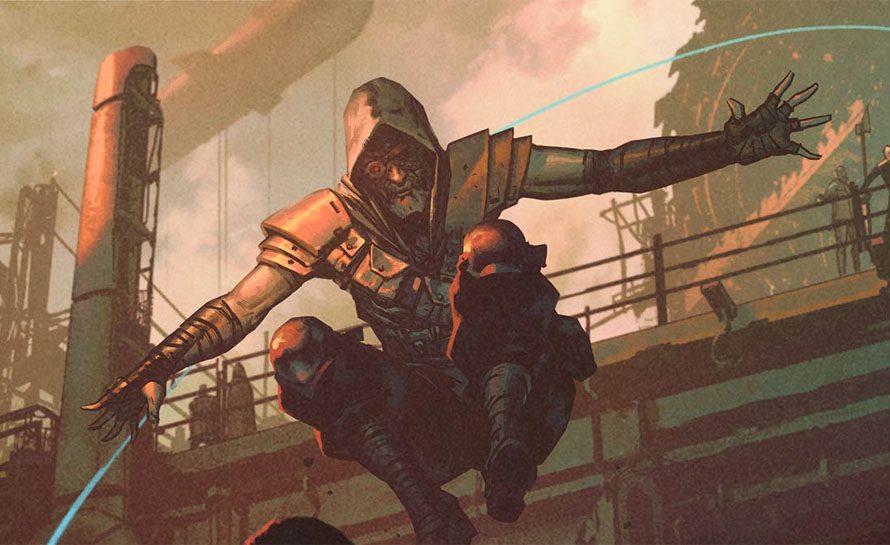 If there’s one place that Master Thief Teriel avoids at all costs, it’s the prison island of Peh. But when a daring heist takes an unexpected turn, Teriel finds himself shackled on an airship bound for the infamous island. To make matters worse, the daemon inside his head makes it very clear that the thief will never leave unless he does exactly what he’s told.

In Seven: The Days Long Gone you play as Teriel. You must use all of your cunning and clandestine skills to escape a web of deceit and betrayal, and ultimately survive Peh.

EXPLORE A VIBRANT OPEN WORLD FROM AN ISOMETRIC PERSPECTIVE

From the moment you set foot on Peh, the island is open to you. Sneak, run, climb, and fight your way across a colourful array of environments.

You are free to explore wherever you please; only security checkpoints, monster-infested areas, and dangerous factions stand in your way!

As a master thief, Teriel is well versed in the art of stealth. Get the jump on enemies from behind and above, fool everyone with cunning disguises, or just use the environment to keep out of sight entirely.

If things go wrong, however, or you’re feeling impatient, there’s nothing to stop you from letting loose with an array of devastating weapons, and unleashing deadly magical skills upon your foes.

ENCOUNTER A MYRIAD OF COLOURFUL CHARACTERS

Encounter an array of people, from despondent slaves and prisoners through to rich socialites. Just be sure to keep an eye out for the two major factions on Peh: the Biomancers and the Technomagi.

In such a desperate place, there are many who will take any help they can get. Choose whether to help or exploit Peh’s inhabitants, but be prepared for the consequences.

UNCOVER AN EPIC STORY OF DECEIT AND TREACHERY

On Peh, everyone has an agenda, and often there’s more than meets the eye. Dive into a world teeming with distrust, and crushed between the machinations of mighty powers.

Work with the daemon that has possessed you to complete a mission of utmost importance. The fate of the Vetrall Empire rests in your hands.

The new tides of warfare have have invaded the Gemini system. They have arrived. No one is safe anymore.

Meet the fearless and brutal A’shriari.

The A’shriari are convinced that the only way to complete victory is a brutal “scorched earth” military strategy. Their massive mothership is capable of burning entire planets, vaporizing all means of sustaining life.

In the Cycle of Warfare DLC you are able to start the conquest over the Gemini system as one of three other established factions, each contending with their own rivals and advantages; Iolian Pact, Korkyra and Outerlands.

These conquest scenarios can be easily modified in-game to allow the players to customize their own starting advantage as they see fit.

Play as the A’shriari. The unforgiving alien race bent on humanity’s extinction.
… or choose the life of an ambitious privateer and lead your clan to wealth and glory.

Both challenges modify the game’s rules in different ways, moving away from empire management towards riskier gameplay.

Bear With Me Trilogy

Amber is trying to find her missing brother while being aided by her trusty teddy, Ted E. Bear. Being haunted by nightmares, Amber wakes up in the middle of the night only to find out that her brother Flint is missing. She seeks help from her trusted teddy, Ted E. Bear, a retired grumpy old detective. The dynamic duo sets out to hunt for clues and interrogate all the witnesses and suspects unaware of the dangers that recently started happening to residents of Paper City. The plot thickens as a mysterious “”red man”” has been seen starting fires around Paper City and looking for little miss Amber.