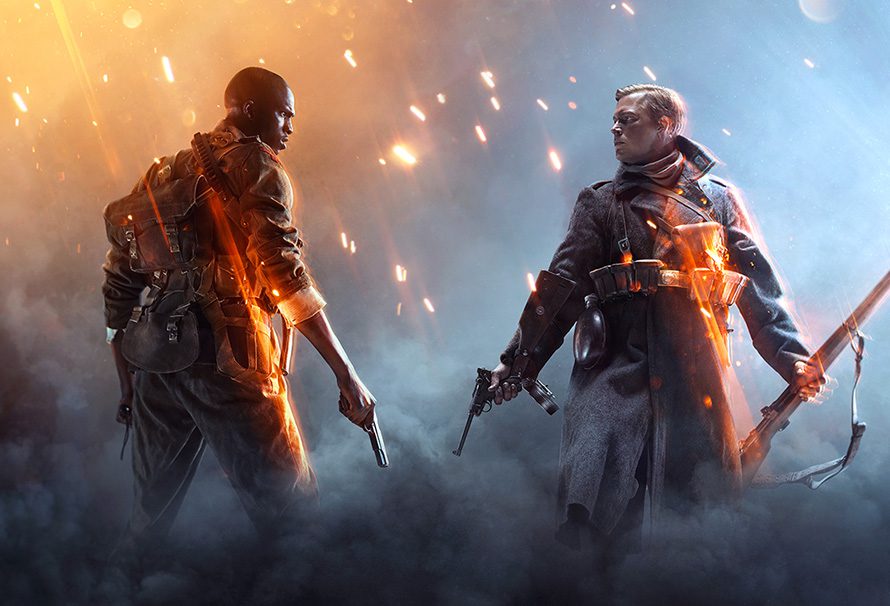 The fifteenth installment in the Battlefield franchise is here! Developed by EA and DICE, Battlefield 1 is an immense First Person Shooter that’s set during World War 1. It the first Battlefield game since 2009 to be set in the past.  This game promises brutal all-out warfare and from what we’ve seen so far, it delivers.

For those of you who have been living under a rock – Battlefield 1 isn’t just any old FPS . It transports it’s players across the globe – taking them everywhere from Arabia, to The Alps and the Western Front. With larger and more open maps, Battlefield 1’s multiplayer can support up to 64 players. So the combat really is hectic, and immensely fun. Like previous installments, this first person shooter focuses on team work. The game has even implemented a squad system that will let a group of players join and leave a server together. Playing without a squad will actually make Battlefield 1 significantly more difficult, so start hassling your friends!

Player’s also have a whole armoury of World War 1 weapons at their disposal including; bolt-action rifles, automatic and semi-automatic rifles, artillery, flamethrowers, and even mustard gas! The melee combat has had a bit of a make-over, and players can choose from categories of either heavy or light weapons, including; sabres, trench clubs, and shovels! So the combat just got way more fun.

As Call Of Duty jumps further into the future with Infinite Warfare, Battlefield 1 takes us back in time! So instead of  boosting around with a jet pack, players can get around on a horse, or by using an array of armoured vehicles. Including light and heavy tanks, armoured trucks, biplane aircrafts, battleships and zeppelins!

Basically, this game is much bigger and more intense than all of the Battlefield games that came before it!

You can watch the Official Reveal Trailer here:

As you may expect, a game this  massive needs some power behind it! If, like us, you want to play it on your PC, you’re going to need a pretty hefty build. EA have kindly shared the system requirements, which we’ll share with you:

So, is your rig up to it? If not, Battlefield 1 is also available on  Playstation 4 &  Xbox One right now.

You can grab a nice discount when you buy Battlefield 1 on Green Man Gaming.