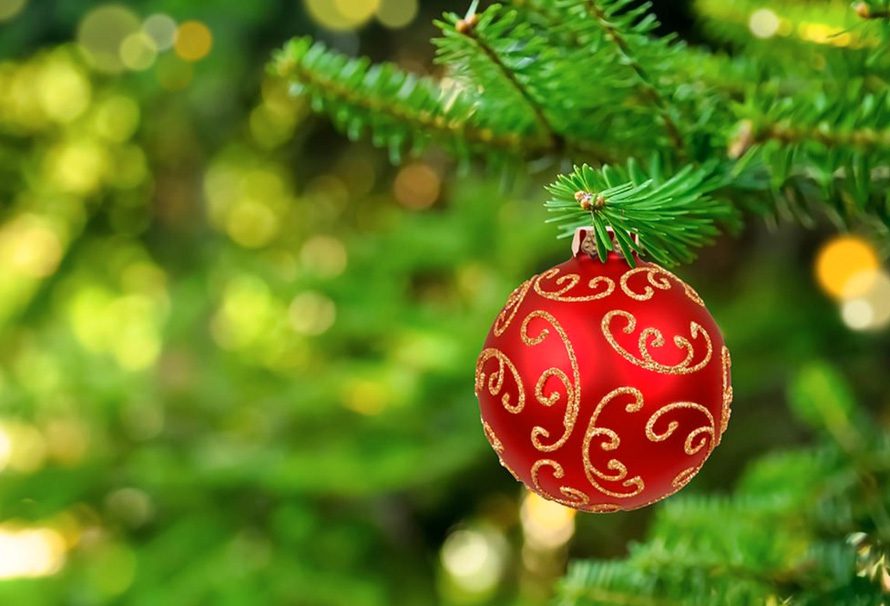 One of the best ways to bring people together at this time of year is through games. After all, there aren’t many things better than getting your headset on, nabbing a grab bag of snacks and some cans of fizz (cracker produced festive hats are optional), while you get some decent multiplayer gaming on the go.

So, with that in mind here are five online multiplayer offerings that will go down easier this holiday than a partially-basted turkey from Tesco, a handful of cheesy footballs and a bottle of discount plonk.

Though ARK: Survival Evolved has been in full release for over a year, its appeal has hardly dulled in that time. If anything, being a dinosaur owning (and breeding) overlord of your own personal utopia remains an attractive prospect, and one that absolutely needs to be indulged with friends and family this holiday season.

Starting from literally nothing and then building up your empire, brick by brick, will always be an enjoyable cornerstone of the ARK: Survival Evolved experience. Yet, ruling over that empire with friends and discovering everything that the world has to offer is an evergreen delight and one that is amplified by the massive, chimney-busting array of mods for ARK: Survival Evolved that currently exist. Just make sure you stock up on all the crisps, chocolate and fancy fizz you can find – you’ll be a while.

Ahh, nothing says love for your fellow man and woman quite like running along a wall at breakneck speed and emptying a cartridge of ammunition right into into their pie-eater. The best Call of Duty title in quite some time, this year’s effort chucked out the traditional, glitzy turkey shoot single-player campaign from previous years and has instead doubled down on the multiplayer side of things.

Evidently a wise move, Call of Duty: Black Ops 4 caters ably for competitive folk by not only crafting the best iteration of the franchise’s regular multiplayer mode, but also by including Blackout – the series first stab at the Battle Royale genre that ably stands shoulder to shoulder with the best in the genre.

Finally, in channeling the spirit of working and playing together this holiday season, Black Ops 4 also fashions the most ambitious Zombies mode to date, allowing multiple players to wage war against a relentless undead menace across multiple varied stages and settings. So, if you like shooting things and want to shoot these things with other folks this holiday, you’ll find few titles quite as enjoyable as Call of Duty: Black Ops 4.

What captures the spirit of the holiday season better than pitting yourself against a friend to see who can kill a bunch of obviously horrible folk the quickest? Nothing, that’s what. So it is then that Hitman 2’s Ghost mode – which introduces competitive multiplayer to the series for the first time – is so horrendously good.

Like many of the best things in life, the premise behind Hitman 2’s Ghost Mode is deliciously simple. Two players must compete against one another to see who can off five unfortunates the quickest without being discovered in the act. The kicker, however, is that while you can observe one another, the fact that the game world is effectively instanced means that you cannot interact or interfere with each other’s murderous plans. It’s genius stuff.

Tense, taut and whole bunch of other awesome words beginning with ‘t’, Hitman 2’s competitive multiplayer is so good it’s a wonder it hasn’t been done before now.

Whether you’re smashing skulls to pieces in clearly non-lethal fashion as Batman, or straight-up wrecking fools with Donatello’s (yep, that Donatello) expert staff skills, it’s fair to say that Injustice 2: Legendary Edition is one of the best fighting games available on PC right now, and a proper belter when played online against other folk.

Anchored by an enticingly massive roster of DC and special guest characters (Hellboy!), Injustice 2: Legendary Edition also excels on account of a well implemented progression system that allows players to unlock better gear and equipment for use in online matches. Spectacular to watch, hugely enjoyable to play and stuffed with more content than some RPGs, Injustice 2: Legendary Edition is just the ticket for those on the look-out for some long-lasting, festive fisticuffs.

There are perhaps few thrills better enjoyed with friends than strapping on a bunch of impossibly looking massive weapons before heading out and hunting down an equally massive beastie. Arguably the most significant evolution the series has seen to date, Monster Hunter World makes a great case for itself as a holiday highlight where online multiplayer shenanigans are concerned.

While gaining new loot, crafting new items and generally transforming your character into a super militant version of Sir David Attenborough all hold grand appeal, it’s really in the tactics that you’ll need to work out with your friends to beat these creatures that Monster Hunter World finds itself to be most compelling. Also, boasting a co-operative multiplayer campaign that spans into the hundreds of hours, Monster Hunter World is a title that will easily keep you busy beyond next year’s holiday season, let alone this one.