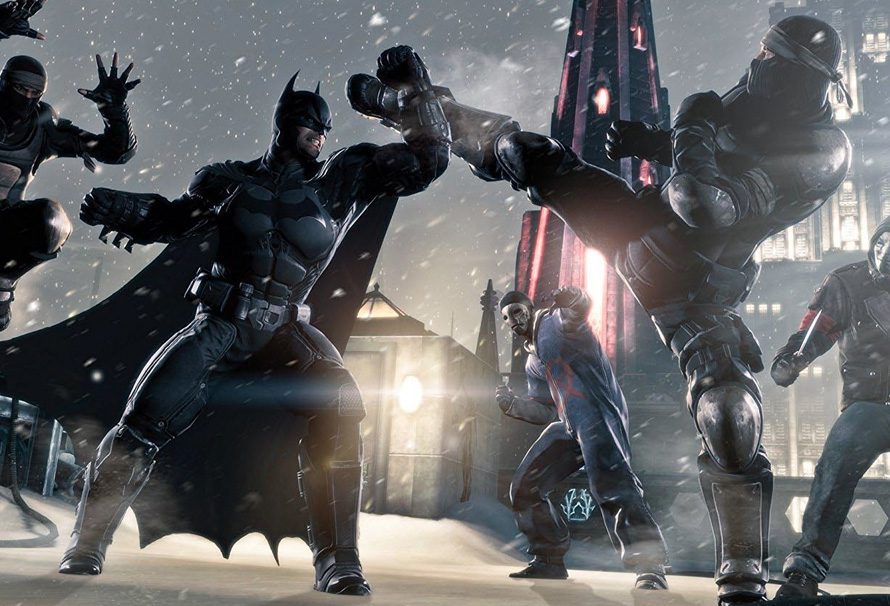 Rocksteady’s Batman is constantly lauded as one of the best video games quadrilogies in existence, alongside one of the best interpretations of the Bat we’ve ever seen. What a lot of people forget about is the severely underrated Batman: Arkham: Origins, developed by WB Games Montréal. Sandwiched in-between the releases of Arkham City and Arkham Knight, we see a younger Bruce Wayne take on the mysterious Black Mask and eight assassins all out for blood, set to the backdrop of a midwinter Gotham on Christmas Eve.

For many of us, without the Rocksteady label attached combined with reviews not being as high as its predecessors, Origins was overlooked. No question, I’m guilty of this. However, once the holiday season approaches there are few non-traditional video games that can offer a Christmas experience like this. Origins provides an exciting outing, with many of Batman’s rogues gallery showing up for the party. Snow drapes the whole landscape presenting a chilling aesthetic that Mr. Freeze himself would be proud of, while goons patrol the streets wearing Santa hats before preparing to pulverize anything that gets in their way. It’s all wonderfully unsettling, considering it takes place on supposedly one of the happiest nights of the year.

Christmas itself is a busy time. Family, friends, parties, Netflix binge days devoted to the latest series of Black Mirror. I get it. You don’t want to put dozens of hours into a world only to find out you’ve barely made a dent. That’s why Origins is a sweet but satisfactory entry that can be played through in approximately 13 hours. Due to the numerous unexpected moments and quick shifts in gameplay, the game rarely offers a mundane moment. Taking the same perfected mechanical structure outlined by Rocksteady, WB were smart by not only utilising the firm’s formula but building upon it.

Thanks to this, there are an abundance of boss fights that will keep you entertained until the New Year. Deathstroke’s encounter is often polled as the best fight in the series, due to its refreshing take on hand-to-hand combat. Just straight up, heart-pounding, mano e mano. As exhilarating as this clash is, for me though, the stand out belongs to the bizarre dimension that the Caped Crusader finds himself in after a tussle with the Mad Hatter. Taking clear inspiration from Arkham Asylum’s Scarecrow segments, these freakishly haunting scenes sees you trying to rescue an innocent girl by the name of ‘Alice’ before her holiday spirit runs out. Literally.

Apart from this, there are little genuine heart-felt moments scattered throughout the story, helping to enrich the characters and world they preside in. Known for being the voice of Sonic, Roger Craig Smith does a fantastic job of bringing a younger, more inexperienced Batman to the foreground, while Martin Jarvis does an impeccable job of portraying the Dark Knight’s faithful butler, Alfred Pennyworth. These two help to cement the duo’s relationship and bring a strong sense of compassion and believability as to why both feel they must carry on to the bitter end. Their affection for one another is evident from the performances given, proving that the pair consider each other family, if not a dysfunctional one. Isn’t that what’s Christmas all about anyway?