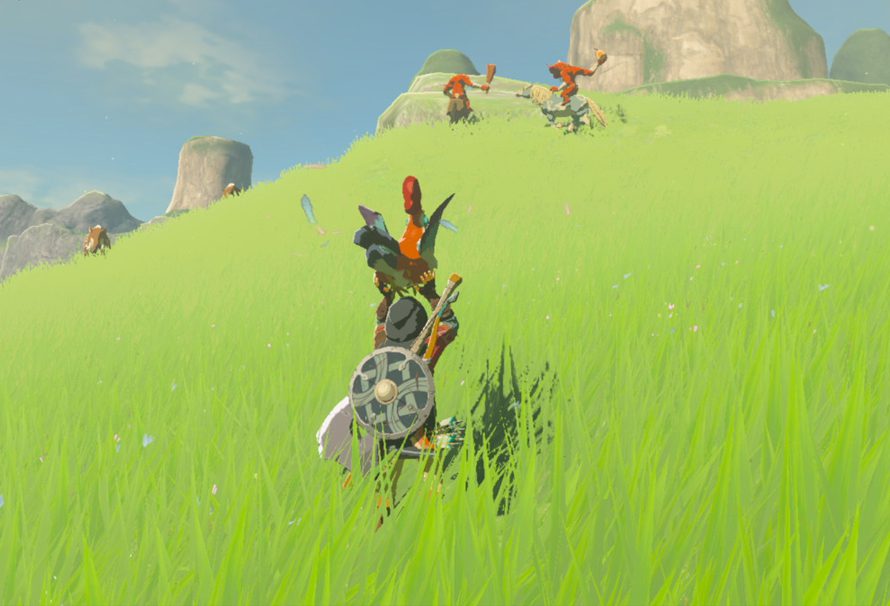 Now that The Legend Of Zelda: The Breath Of The Wild has been out for a few months now, people have had plenty of time to explore the game’s vast open world. But what are truly the best things you can do in Breath Of The Wild? Here is a list of out top 10 and if you haven’t tried them out yet then you should.

Gliding Off Of Mountains

Probably one of the first things that most players have tried in Breath Of The Wild, jumping off of really high places and gliding. The world in this game is pretty beautiful so the best way appreciate it is from the dizzying heights of your hand glider.

Not to be confused with Rick Rolling, rolling rocks onto unsuspecting enemies is probably one of the most satisfying attacks you can do in Zelda: Breath Of The Wild. Next time you see a rock teetering precariously on a ledge give it a nudge.

Firing A Bow In Mid-Air

Nothing is cooler than firing a bow in mid-air in slow motion. Especially if you can catch a guardian out in mid attack.

Find a snowy hill, grab a shield and try out Zelda’s answer to SSX. Make sure you put on some warm clothes before hand. Also combine snowboarding with gliding for ultimate awesomeness.

Don’t be afraid to mix up attacks. Have fun with coming up with the best pan to take your enemies unawares.

Having Fun With Fire

The possibilities are endless with a bit of wind and a camp fire.

Using Your Enemies To Sharpen Weapons

As demonstrated here, you can turn a rusty Broadsword into a Royal Broadsword within seconds.

If you manage to master this technique then you will think rolling a rock down a hill was yesterdays news.

Setting A Plague Of Cuccos On Unsuspecting Enemies

Cuccos will attack in their hundreds if they are attacked. Throw one at an enemy and let the chaos ensue. We haven’t tried taking a Cucco into Hyrule castle though.

Playing A Friendly Game Of Baseball

Nothing builds report like a healthy game of baseball. Try this with the moblins scattered around Hyrule and you will become fast friends in no time.

These are just some of the fun things you can do in The Legend Of Zelda: Breath Of The Wild. Have we missed any of your favourites? Let us know in the comments section at the bottom of this page.

Nintendo Direct at E3 2019: Roundup of the conference

Nintendo’s Next Mobile Game Based On Zelda Rumoured