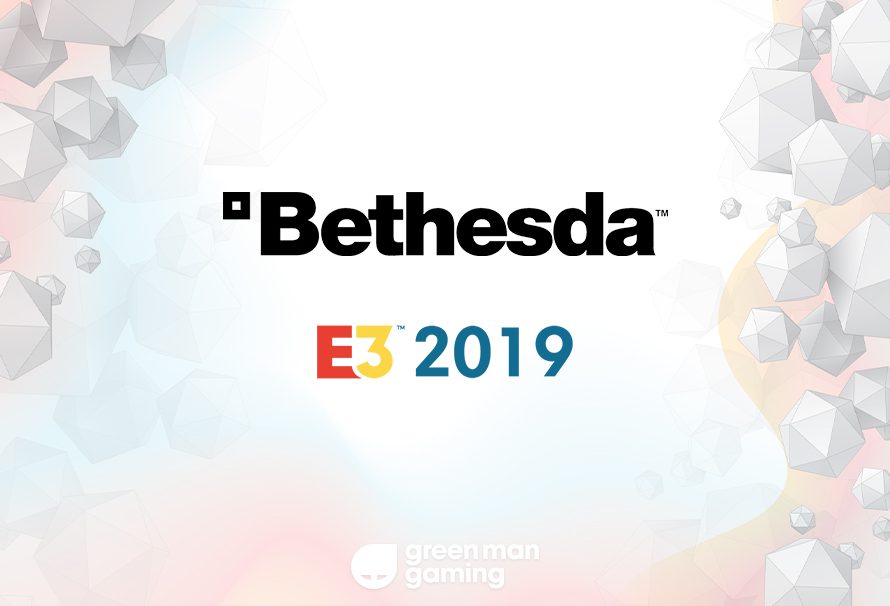 Like Christmas in June, E3 is once again upon us, bringing gaming delights like Santa. Except unlike Santa instead of treats you get teases of treats yet to come.

For many the first day of E3 will be one filled with Xbox and Microsoft joy, and you can get all the info you need for that and all the conferences this year right here on our blog.

Here’s everything announced this year at Bethesda’s E3 2019 conference, the most Todd Howard-iest conference there is.

Additionally, The Elder Scrolls: Blades is coming to Nintendo Switch in Autumn 2019 with crossplay between the Switch and mobile versions. It will be completely free to play too.

The next large Fallout 76 update is titled Wastelanders. A new main quest, human NPCs returning to the Fallout universe, new rewards, and full dialogue trees will be included moving Fallout 76 closer to Fallout games prior to Fallout 4. This update will continue the storyline started in year one of Fallout 76, and will be released in Autumn 2019 for free.

A new battle royale mode is coming to Fallout 76, named Nuclear Winter, players will battle to be named the overseer of Vault 51. Nuclear arsenals appear to be a large part of the game mode, if the fiery trailer is anything to go by.

You’ll be able to try out Nuclear Winter as well as some of the game’s newly revealed content in Fallout 76’s free to play event from June 10th – 17th.

From Shinji Mikami and Tango Gameworks comes Ghostwire: Tokyo. Paranormal creatures have infested Tokyo and people have started to vanish. In a departure from survival horror which the developers are more commonly known for, this will be an action adventure with a focus on conspiracies and the supernatural. Also, warning, there’s a sad shiba in it.

This free to play, mobile game, is a colourful and energetic homage to not only Saturday morning cartoons, but the long-neglected Commander Keen character from id software.Playing as the children of the original Commander Keen, this will feature homemade gadgets deployed to defeat enemies, as well as explore Mars – and beyond. Commander Keen will come to iOS and Android in Summer 2019.

Nothing much to announce regarding The Elder Scrolls: Legends, just a new trailer and a promise of more information about the next update titled the Moons of Elsweyr. Though a trailer did drop – it just wasn’t shown as part of the conference.

RAGE 2 – Rise of the Ghosts

A pilotable mech, new cheat codes, vehicles, new gameplay modes, and deadly new enemies are coming in the first expansion to RAGE 2 titled Rise of the Ghosts. In addition, Bethesda committed to releasing new content for RAGE 2 on a weekly schedule to make the game feel more unpredictable.

This VR Nazi-kill-a-thon will see you take control of Nazi war machines via hacking, turning them against their creators. It will be released in July 2019. Other than the release date, we didn’t get much more info other than a brief glimpse in the background (trailer above from E3 2018).

Set on the frozen island of Black Reef, the new game from legendary Dishonored developers Arkane features two assassins facing off against each other in a time-loop. We don’t have many more details as of yet, other than Arkane promise detailed levels and the freedom to play the game your way – similar to previous Arkane creations.

Orion is Bethesda’s entry into the ongoing game streaming race, aiming to ‘optimise game engines for performance’. The promise is a dramatic decrease in latency and bandwidth, with an SDK that can easily be used for development. In addition, a brief demo of DOOM being played on Orion-enabled technology showed off some of the capabilities of the platform.

The final part of the DOOM Eternal presentation was regarding the revamped multiplayer, titled Battlemode. Letting you unleash demons to take down a fully-powered-up Doomslayer, some of the action was shown off in a trailer. More info coming at QuakeCon 2019.

What was your highlight from the Bethesda E3 2019 conference? Let us know in the comments below, and remember you can keep up to date with everything E3 on our blog.