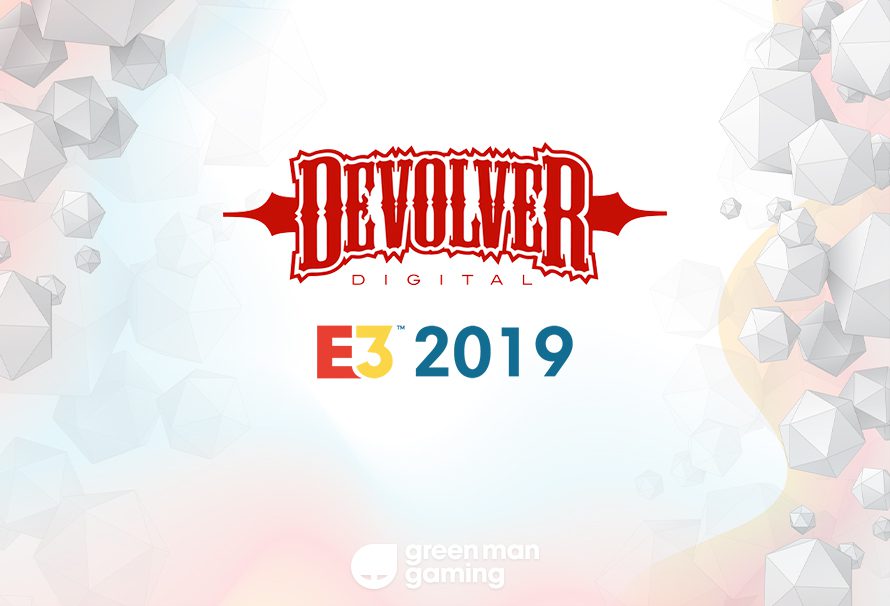 Another year, another overly violent crazy presentation from the madness that is Devolver Digital. Changing up the narrative of their show this year they poked fun at the new trend of “direct marketing” livestreams that Nintendo and Sony have adopted.

Honestly, there was very little in the way of actual game news in the presentation, with a smattering of trailers for a few upcoming releases, but that doesn’t mean it wasn’t an entertaining show laced with commentary on the state of the industry.

Here’s what we did get:

Toted as being “super tits awesome” Fall Guys is an online multiplayer game from Media Tonic, where the goal seems to be to navigate colorful obstacle courses and not… well… fall! With the end goal being to reach the end of the course first. Though we didn’t get to see actual gameplay, the trailer gives off a pretty good idea of what the game is about.

Fall Guys Ultimate Knockout will be landing on our screens in 2020, for more details go to the official website.

The new proprietary store for all Devolver games. Ok I’m gonna level with you, I’m genuinely not sure if this is real. It has a genuine Steam page where you can genuinely spend money on buying the software that apparently comes with 8 blatant rip offs of their own games, sporting titles like: Hotline Milwaukee, Shooty Boots and Enter the Gun Dungeon.

If anybody does buy it on Steam, please let me know what you actually get. It’s currently on sale with a staggering 1% off until the 16th of June.

Ok, so this was a genuine game announcement that actually looks super cool. From Phobia Game Studios, this is a “reverse horror experience” where you play as a Carrion beast stalking humans across what looks like some sort of Factory/mine setting. In this game you ARE the monster, and your goal is to consume any humans you encounter.

Enter the Gungeon House of the Gundead

Another bizarre reveal that may or may not be real, is the announcement of a new Arcade game set in the Enter the Gungeon universe. That’s right, an arcade cabinet with an exclusive game coming in 2020. If I knew where there still was an arcade I’d probably go and ask if they know anything, but they’d probably look at me funny until I leave.

DLC for a game that nobody would think there would be a DLC for, yeah that sounds pretty normal for Devolver. Picnic Panic brings some new content for the 2018 side scroller. It brings some new tropical settings to the game with all new story for the “perfect ninja vacation”.

The Picnic Panic free Expansion from Sabotage will be available on July 11th.

We got to see some cool new footage for My friend Pedro, that came with a release date of June 20th. If you’ve not seen it before it’s a beautiful game of gun ballet as you spin dive and shoot the hell out of everyone in your way at the command of a psychotic banana. It’s Hotline Miami as a side scroller with bullet time acrobatics and dual wielding uzis. It’s friggin awesome and you should totally take a look.

A short presentation but as always entirely memorable. Devolver Digital taking a brilliantly comedic stab at the entire industry in a glorious and bloody way that only they can do. If you want to be entertained, watch the full press conference.