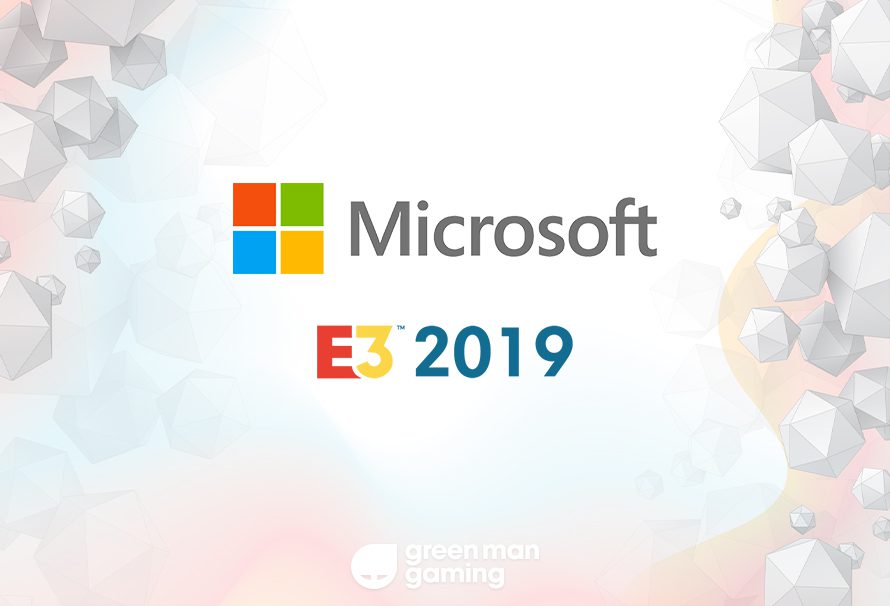 Microsoft promised an epic E3 conference, and boy did they deliver. Bringing us more new games and exclusive world premieres than you can shake a stick at, including more details on previously mentioned services AND Project Scarlett, the next gen console from Microsoft. There was far too much for a single blog post, so here’s some of the biggest highlights from the show.

Ninja Theory brought us their new title Bleeding Edge, a third person action combat, competitive team multiplayer game. Visually it feels like a mix of Apex Legends and Battleborn, but mechanically there’s one big difference, this game is all about the melee. With the combat director from Devil May Cry they’ve taken an interesting turn in competitive multiplayer games. The game brings a familiar hero system similar in diversity to Overwatch with a slew of crazy new weapons.

This feels like a hit from the UK based Studio, as someone who does not have a ton of skill in competitive FPS games, I welcome something that could be a bit more my speed in the online arena genre.

You can find more details including how to join the technical alpha on the official website.

This is less of a surprise as one would think actually, stories have been a big part of Minecraft for many years, and this is the natural next evolution of that. Minecraft dungeons is a 4 player co-op ARPG adventure game set in the Minecraft world. From the trailer we saw a variety of classes available covering your generic knight, mage, healer type roles. Obviously crafting will be a large part of the game with character progression looking like it will be based on your gear as opposed to level ups. What did strike me was how rich the worlds look, the dungeons look to have far more game design effort behind them with far more interesting landscapes and dungeons to explore and fight your way through.

If you’re a fan of ARPG’s then this could be a great casual game for you to take a break from your Chaosbanes and Diablos, as well as a great adventure to enjoy with your family and friends alike.

Minecraft Dungeons is coming in the Spring of 2020, find out more on the official website.

The trailer didn’t reveal much in terms of gameplay, we know the story revolves around a missing child and seemingly the only items you have are a flashlight and a camcorder, how this will work in terms of the games progression isn’t clear, but it certainly looks absolutely terrifying, giving more life to the Blair Witch with some other creatures added for full effect.

CD Projekt Red promised to bring the heat, and boy did they. With a cinematic story painting a very different setup to what we saw in the previous gameplay reveal, we see a male V for the first time returning after a mission for Dexter DeShawn, except it was a mission in which our boy Jackie actually gets killed! That’s right, faithful Jackie bites the dust in the first 45 seconds of this trailer leading us to believe the previously shown mission was perhaps a prologue to the story. Anyway, Dexter gets mad cause you made a big mess, his minion tries to kill you as we see the Mantis blades in full effect, as well as some on the fly net running skills causing your augmentations to go crazy as V struggles to raise a gun, and the scene ends with Dexter and V blowing each other to pieces. You wake up in a junkyard to the sound of “get up Samurai, we have a city to burn” but it’s not just any voice, it’s only FRICKIN KEANU REEVES with a cybernetic arm.

That’s right, CD Projekt Red gave John Wick a robotic arm and put him into Cyberpunk 2077! I screamed… a lot.

More importantly we got the all important release date of 04/16/2020 with pre-orders now available on the official website. Start counting the days everyone, I genuinely have a timer on my desktop already, Cyberpunk is coming!

Honestly there is just so much to talk about from this conference that I’m gonna have to skip some things. Honourable mentions though include a new Battletoads game, a highly impressive looking Microsoft Flight Simulator, some indie greatness in Spiritfarer and 12 minutes, Ori and the Will of the Whisps, Age of Empires II definitive edition, Psychonauts 2 got it’s first gameplay trailer next to the announcement that Microsoft has acquired the Tim Schaeffer led studio Double Fine, Lego Speed Champions is being added to Forza Horizon 4, State of Decay 2’s new DLC Heartland, Crossfire X, Phantasy Star Online 2, Wasteland 3, Lego Star Wars: The Skywalker Saga….. It just goes on, and this is all before we’ve even touched on the new services and hardware they talked about which we will be covering in a separate post.

Bare with me though guys, cause I have three more things to talk to you about here and they are totally worth it.

Believe it or not this is NOT another DBZ fighting game. No, today they announced the first Action RPG set in the dragonball universe. You play as Goku, seemingly through the same story as the hit tv show. We were treated to scenes of Vegeta first landing on earth with his posy (they better have the OVER 9000 moment) and leading into the Frieza Saga, treating us to some brief gameplay that honestly looked rather exciting.

Dragonball Z Kakarot is going to be one to look out for, especially for fans of the tv show that weren’t particularly drawn to the fighting games (I’m talking about me, they made this just for me)

DBZ Kakarot, from Bandai Namco will be out early 2020 on all platforms.

Probably the most detailed show of a game at the conference, Gears 5 is promising to be a rip roaring adventure. The focus here was heavily focused on the multiplayer side, bringing us a very tense cinematic trailer for the new escape mode, whereby as a team of three you are on a mission to sabotage an enemy stronghold and then escape the hordes as they become aware of your presence. It feels a bit like traditional raids, but instead of searching into a dungeon to reach the end, your simply trying to get out of it.

We’ll have more details in a separate article as there were some great details to dive into.

As if getting the master chief collection on PC wasn’t enough, we also got a whole new Halo game reveal, and guess what, Master Chief is back. In a characteristically epic cinematic we see a pilot, stranded in space starting to accept his fate when a friendly signal appears. Master Chief is found floating through space and brought on board.

We find out the the war is over, and humanity lost, before seeing the ring planet broken in pieces floating through the abyss. I honestly don’t dare to comment further than this as I have not played any of the Halo games, but I’m pretty sure we heard Cortanas voice narrating at the end as Master Chief waltzes into a chamber that looks a lot like the Halo 3 ending cinematic I watched on youtube that one time. You know what, here it is, check it out…

Stay tuned for more details and articles on the other announcements from the mega show that was the Microsoft E3 conference 2019.