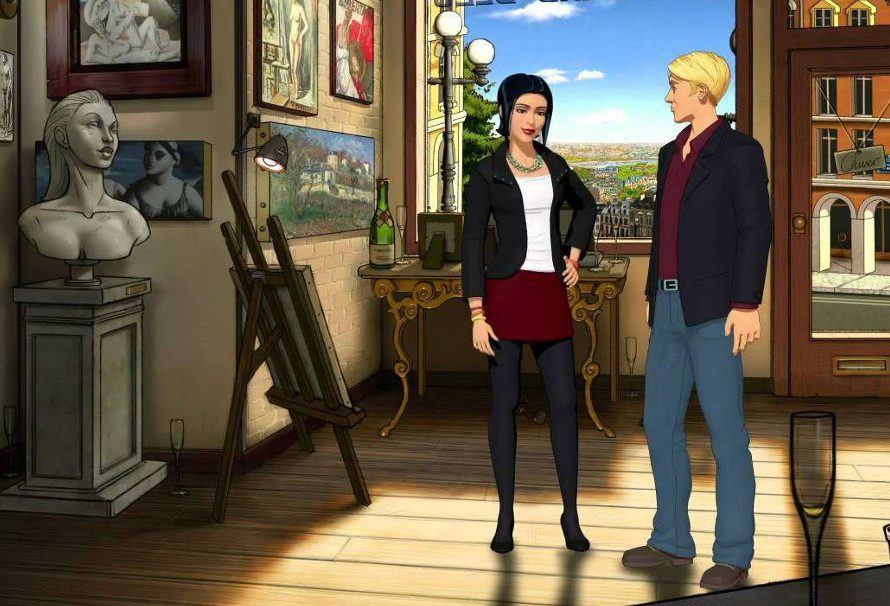 When I was a young lad growing up in the English countryside, there wasn’t a place to buy games for many miles around. The (high-speed) internet had yet to be invented, and so one of the biggest sources of PC entertainment outside of the actual full-price games that I would occasionally receive, were the demo disks that came with my dad’s PC magazines. I remember getting the demo for Broken Sword 2, and it lasted me approximately 3 weeks. That opened up the world, and incredible value, of Point ‘n’ Clicks to me.

Here’s why I think Broken Sword is one of the best, and also why Broken Sword 5 is worth your attention if, like me, you haven’t ‘Picked Up Tissue’ or ‘Looked At Three-Headed-Monkey’ since the 90s.

The puzzles made sense

You mention Point ‘n’ Clicks to a gamer and they’ll huff and puff, and start telling you about the days they spent trying to get past a bit in Grim Fandango, which they only solved because for some reason they did Use Pumpkin with Flock of Pigeons. In Broken Sword, and especially in 5, you never feel like the game designer was a drunk surrealist out to get you. You can work through the puzzles with logic and knowledge. It makes you feel smart, like most puzzles should. There’s no spamming every item with every interactable part of a level.

The characters were great

George Stobart and Nico Collard were gaming’s favourite couple way before Nathan Drake and Elena Fisher came along. One is a floppy haired American tourist, the other is a curious Parisian journalist, and together they have solved enough mysteries, and had enough banter to fill a Joss Whedon TV show. Most NPCs are fleshed out and interesting, funny or sinister. And playing George is unusual in video games. He doesn’t like violence, he has no authority, and yet his wits and friendships see him through to solving huge conspiracies.

The game may start off in good old Paris like the first one, but like most of the entries to the series, you travel all over the world. Most of the locations are self-contained too, so don’t think you have to fly between Istanbul and London several times trying different keys in different doors. They’re like chapters in the story, and it let’s the game show off some real pretty scenes (more on that later).

The stories are intriguing

The games stories will always start off small: a robbery, a stolen painting, a phone-call from a long lost friend. But they will eventually lead to a massive conspiracy that will put the heroes in danger, and solve a Dan Brown-esque mystery including art, religion, ancient orders and giant wealth. If you’re interested in things like finding the hidden meaning in The Last Supper or foiling the plot of the secret Templar order, then definitely give Broken Sword 5 a go.

The fifth entry to the series sees a return to 2D scenes. After a foray into 3D like 98% of IPs that made it out of the 90s, the original developers kickstarted a new project that brought back the old magic. As a huge fan of the first two games, starting the game and being back with George and Nico in Paris was so great. It looks so colourful and pretty, and each new location is a blatant attempt at showing off for the art team. Revived titles like Day of the Tentacle and Double Fine’s Broken Age update their pixelated graphics or introduce an artsy style, but this feels just as you remembered (but better).

Have you played Broken Sword? Where do you fit it in the list of good Point ‘n’ Clicks?