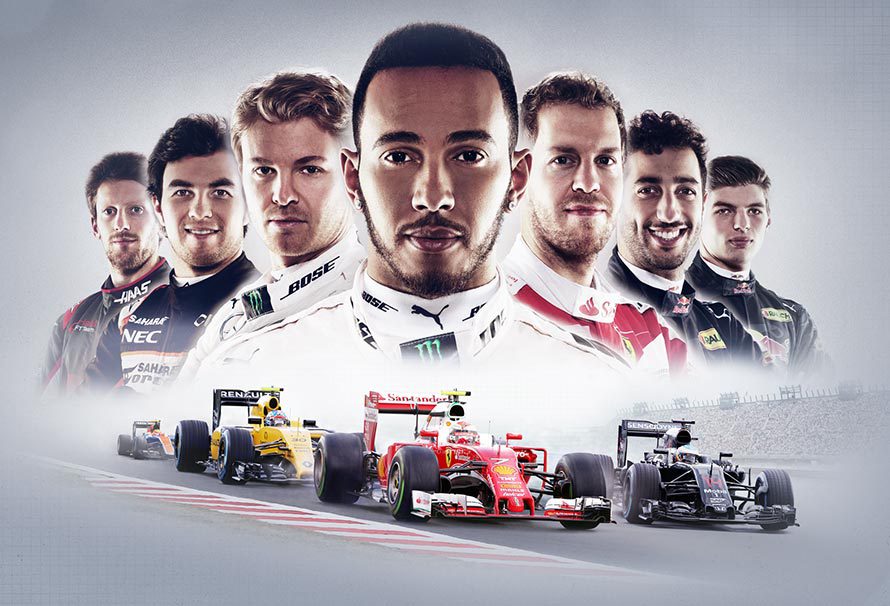 For the first time in a long time I have bought an A+ title on release day for the full price. Obviously shop around, you can get deals with a bit of work but it’s still £40 of my hard earned money on a day one release. What did I buy? Well F1 2016.

I am an F1 fan and watch as much of the actual season as my time allows. I watch some of the best YouTube racers to try to learn tips and tricks to get my racing up to par. (I’m a long way from par!)

The last iteration of the Codemasters series of F1 games I played was F1 2012. I own 2013, but never felt the love for it. I am not sure I have a rational answer as to why not, but I just didn’t enjoy it quite like I had the 2012 version.

With the advent of the PS4 sitting dusty on my hi-fi stand, this game is a good reason to dust it all down, (Who am I kidding I didn’t actually dust anything) and work out where I am in the grid of 2016. Since playing F1 2010-2013 on the Xbox 360 and always using certain assist, I felt I would try to emulate the heroes of YouTube and turn all that off. I practiced a little on 2013 while waiting for the postman to deliver the latest version and found, I was a long way off the pace.

2016 arrives and even on easy, I am slow. I am well down on the pace to even the easy oppositions. It’s a steep learning curve for a player used to traction control, but I did always turn braking assist off and used manual gears.

You will no doubt have seen many a review and seen how in depth the game is with people currently hammering the 10 season long career mode. I am still in Time Trial and the quick race one lap qualifying trying to find my position in the game. I have played with various levels of assist and with traction control on, break assists on low and automatic gears I am qualifying 1st by about half a second on Hard. On expert I am placing about 7-9th depending on how well I push a certain corner or get a good or bad line through a sector. I am yet to put this in to a race except for the quick race on easy with full assists (as listed a moment ago) where I was about 3 seconds a lap quicker than everyone and was able to finish 15 seconds up the field on a 5 lap race.

My issue is the fact that the assists make it feel like I am cheating a little. With them all on, yes I need to know the track and the racing line I should be taking, but it is almost too point and shoot. With traction control off, I like the fact I have to carefully put the power down out of a corner. If I don’t I spin, lose control or at best just really have to slow to get back on the racing line and pushing on again.

For now I think I will have a career with assist but a higher AI level to feel competitive to the AI, but then in Time Trial keep taking off the assists and finding the best times I can on my own. Setting a lap with assists on gives me a ghost to race that is me and I know I can achieve it, but it is the laziest part of me. I can get better, I can learn this game and I will beat it (or as experience shows, I won’t). The difference being, this time around I want to learn to do this without assists, before I never had that urge it was not something I thought about. I realise I am not as good at the game as I thought, as I always used the excuse of all the best players are on a steering wheel and I am on a controller. It’s not my fault I can’t do it. It shattered my illusions when I found xMattyG and TRL_Limitless are controller players and don’t use a wheel for their hot laps. I have no excuse. Yes their overall skill may be better than mine, and looking at the real life parallels that Lewis Hamilton and Fernando Alonso are two pure talents compared to others drivers, who while being better than the rest of us by the largest of margins, they still are left wanting compared to the cream of the crop.

F1 is a technical sport and a technical game, despite many sim racers decrying it as not simulation enough. I like F1 for the reason that it’s not just the driving; it’s the experience of the sport I love.  Many people who may not like F1 or racing and want a racing game find F1 too hard and have not heard of the advanced sim racers for PC that the true elite racers may know. They want a more arcade like experience that is slightly more than a “racing” game like Mario Kart. Don’t get me wrong I love Mario Kart too, but to me F1 scratches that itch of being one of my heroes, driving the cars I see each year push the limits of driver, engineer and machine.

Check out his blog here.