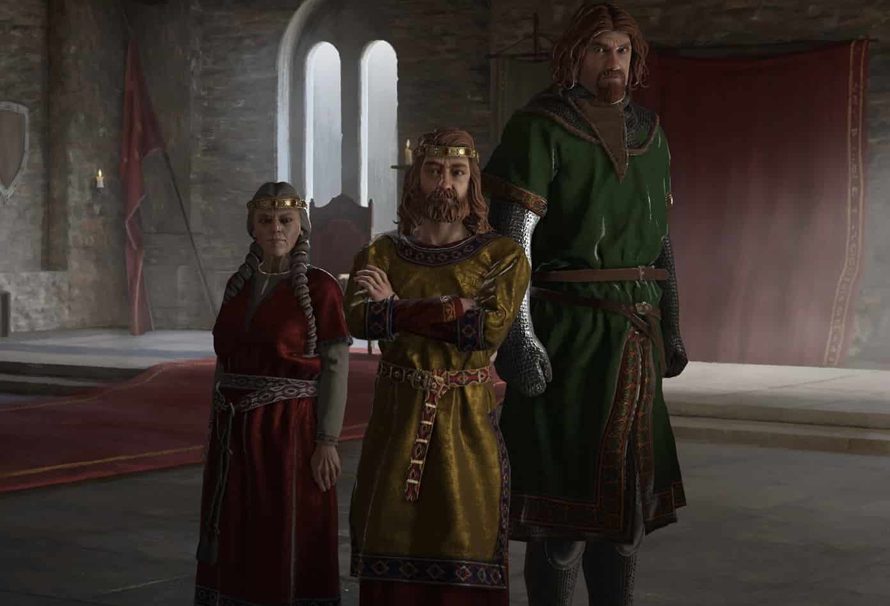 If you want to roleplay as a bearded wizard-king without carefully plotting congenital traits, you’re going to want to learn how to use the character creation systems in Crusader Kings 3. The third game in Paradox’s Grand Strategy trilogy does not yet feature a ruler designer, so your options are somewhat limited, but mods can help fill in the blanks as we wait for the inevitable update which adds such functionality. In the meantime, here’s all the ways you can change how your ruler looks in Crusader Kings 3.

To make some quick and dirty changes to your ruler’s appearance, you want to use the Barbershop system. To alter your character’s hair style and clothing, simply right click on their portrait when you have your ruler’s character sheet open. This will give you the usual options to marry and cause other kinds of mayhem, but what you’re really looking for is a small icon in the upper right corner which looks like a pair of shears.

This will take you to the barbershop menu. You can use the barbershop on your ruler and their spouse(s), as well as all of your children should you wish to condemn them to a life of ridicule at an early age. The options for changing hair style and clothing are fairly robust, but you can’t really make a character your own without digging into the labyrinth of chaos that is the Steam Workshop.

You might surmise that modding Crusader Kings 3 could be a tricky endeavour, given the game’s apparent complexity. However, this couldn’t be any further from the truth. Like many games on the Steam Workshop, all you have to do is subscribe to the relevant modifications and they’ll quickly load into the game upon launch. There’s even a super handy ‘Mods’ menu in the game’s launcher, where you can enable or disable particular mods, access mod tools and tinker with your set up to curate the in-game experience that you want.

With that in mind, you definitely want to check out SarcFa’s Custom Ruler Designer, a fully-featured event chain that lets you build a character from scratch, modifying how they look and how they play, with tons of congenital and aesthetic traits to choose from to build the character that you want to roleplay as. The mod isn’t finished just yet, but it contains everything you’re likely looking for if you wish to customise characters in Crusader Kings 3.

There’s also the Fullscreen Barbershop by Agamidae, which does what it says on the tin. This mod lets you model and take screenshots of your custom characters in specific, culture-relevant scenes, and also includes the Barbershop for Everyone mod, which lets you customize anyone on the map, rather than those just in your dynasty. If you want to make a mockery of your ruler rival, this is the mod you’re looking for.

To find out more about Crusader Kings 3 head over to Green Man Gaming’s Community site.