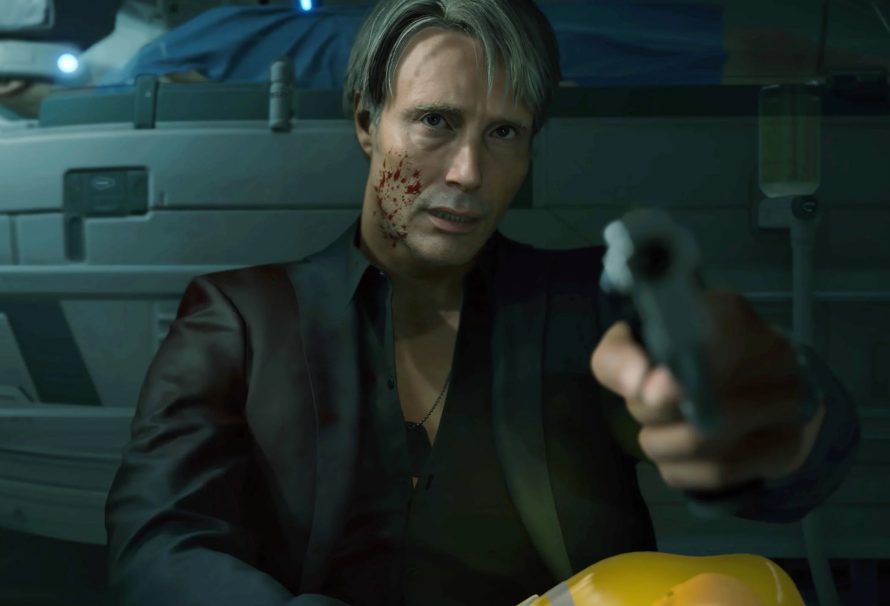 Death Stranding is many things – absurd, challenging, emotional, but above all that, it’s really quite long. We won’t blame you if you look up from the BT-soaked swamp once in a while and wonder “just how far am I into this game?”

Trudging through the mountains for just one delivery is enough to tire out any avid BRIDGES explorer despite its many rewards, so it’s no surprise that the entire game can be daunting for the average player.

Well, that’s what we’re here for. We’re going to talk at length about Death Stranding’s many episodes, specifically about how many chapters there are in the game and how long it takes to beat. This is useful if you want to, you know, live your life around Kojima’s latest gargantuan game.

Death Stranding, despite being somewhat unknowable in every sense of the word, is actually chopped up into discrete chapters, each named after a character or place in the game world. It’s thought that each chapter dives into a specific part of that character’s story, shedding some light on their background with the extinction event and how that fits into the life of our protagonist, Sam Porter Bridges.

Some chapters actually dwell on the same character more than once due to a necessity to expand further on their importance in the story. Character development! You love to see it. Here’s a list of the 15 chapters in Death Stranding – be warned, the names of the episodes could be constituted as spoilers, so observe at your own peril!

Episode 15: Tomorrow is in your hands

There is, of course, a prologue that introduces you to the game mechanics and world that prefaces Episode 1: Bridget. Episode 15 is also technically an epilogue of sorts (despite being set weeks before the ending of the game) where you’re free to wrap up side quests and leftover deliveries. It might be useful to know this – the game lets you wrap up remaining activities after you beat the game. Given how long Death Stranding is, it’s recommended that you don’t dilly-dally with the story – just push through it with some complimentary side quests along the way.

Crucially, DON’T try to five star every prepper before you move on to the next area… leave that to the endgame. You can complete the game just fine with the items awarded to Sam over the course of the story.

The extra items you get from the side preppers are useful and interesting and let you explore and tinker with more of the world, but they’re inessential. It depends on the way you play, but if you want to beat Death Stranding any time soon, focus on the story missions – the important deliveries given to you by colleagues like Amelie and Deadman. You’ll still see it all as Kojima intended.

It’s also worth noting that there are no alternate endings or narrative choices that cause consequences in Death Stranding’s narrative. Don’t walk on eggshells, crush them in your Bridges-issue boots! Delivering to certain preppers doesn’t reward you with any new questlines – the only real thing you should look out for are the pizza delivery missions that actually lead to some story content that you can miss if you’re not careful. Beyond that, you can go your own way.

Death Stranding is an incredibly long game, about the size of your typical modern RPG, somewhere in between Fallout 4 and The Witcher 3 in terms of scope. The gigantic landmass of dystopian America is yours to explore, and given that you’re crossing the coasts, it’s expected that the journey won’t be a brisk walk through the countryside. You’ll stop at certain hubs along the way and open up new parts of the map over the course of the story. If you thought the first region was big, you’re going to be in for quite the shock when you arrive at the second one…

Players will spend around 40 hours completing Death Stranding, but be warned that this is just counting the main story. There are over 100 hours of content waiting for the player if they wish to make many more deliveries than necessary. There’s also plenty of preppers hiding out in the wilderness and tons of memory cards just scattered about the environment, waiting to be retrieved and decoded. 35-40 is a decent average for the main story, but if the game gets its hooks into you or you have an addictive personality, you’ll easily spend 70 just trying to figure routes out, helping other players cross paths and generally gawping at the luscious landscape.

With that explained you should have a good idea of Death Stranding’s length and how best you should approach it, depending on the type of player you are. If you’re just looking to enjoy the tremendous story, expect 35-40 hours. If you like the look of the mechanics, you might want to book a few days off work… as you’ll be trudging through the mud for 70 plus hours. Regardless, it’s an experience worth having with one of the most unique big-budget games of the past decade, and one that you won’t soon forget.