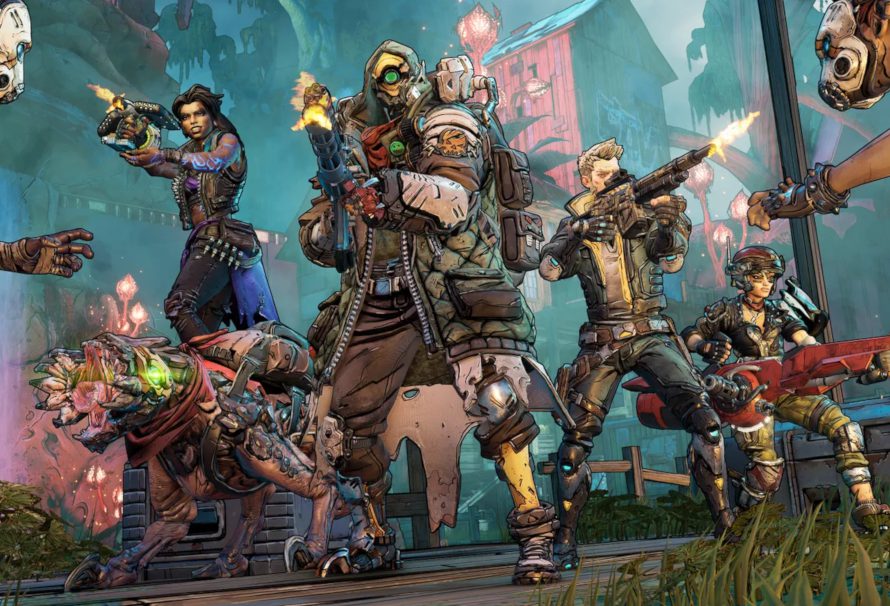 Borderlands 3 doesn’t try to mess too much with the formula of its predecessors. A tweak here and there is enough to keep Pandora’s Vault Hunters fresh and ready to shoot things with absurd guns.

Whether you’re new to the series or looking for a refresher course, here’s how to get started in Borderlands 3

The biggest choice you’ll face in Borderlands 3 is also the first, which is choosing your character.

There’s a new cast of four Vault Hunters to choose from: Amara the Siren, FL4K the Beastmaster, Moze the Gunner, and Zane the Operative. Their names provide a few clues, but we recommend reading about them in more detail before you start. After you choose your character, you won’t be able to swap to another in-game—though you will have control over how their skills develop.

A Load of Claptrap

Borderlands 3 has a strong tutorial, delivered by series mascot Claptrap. Follow the instructions of your self-appointed “General” as he walks you through the basics.

One of the first things he’ll introduce you to is the Quick Change Machine. Here you can tweak your character’s cosmetics, but, more importantly, you can also use it to respec. Each character has a fairly in-depth set of skills to choose from, so don’t forget the Quick Change if you feel you’ve made a misstep in your build.

Claptrap will lead you out into the next area. If you lose your bearings, follow the blue diamonds on your HUD and map to mission objectives. Watch out for on-screen control prompts to learn a few basic moves, like the running slide.

Claptrap will guide you to your first weapon. Take note of the alternate fire mode. Many weapons will feature alt-fire, which will double the functionality of your weapon, so keep that in mind when you’re deciding what weapons to choose in Borderlands 3.

Now it’s time to fight for your life! It’s surprisingly easy to see your health melt away here. If you do go down, you’ll hit the Crippled status. Taking down an enemy will get you back to your feet.

Watch out for the health Claptrap drops from above to keep you in the game, and be sure to grab loot from fallen enemies—if you’ve never played Borderlands before, it’s a habit you’ll want to get into. Watch out for any objects with green lights, as this means they’re openable containers.

The next area features a bigger, tougher fight, so apply what you’ve learned again. After that, Claptrap will direct you to collect a shield. Shields will absorb damage up to their capacity, so they’re a game-changer. To reach the shield, you’ll have to learn some mantling (read: parkour).

Knife to a Gun Fight

Through the next set of doors, you’ll fight the first of Borderlands 3’s colourful bosses. This guy won’t pose much of a challenge, and you can also use some environmental hazards to get an edge on him.

After the battle, you’ll get your first level up. Go ahead and visit your menus now, taking the time to read the tutorials on your inventory and other tabs. When you hit the skills tab, you’ll see that skills are divided into three categories: action, augments, and passives. Choose your first Action Skill and be sure to equip it.

With that, you’ll have survived the first test. Find and revive Claptrap to continue on and finish the first mission of Borderlands 3.