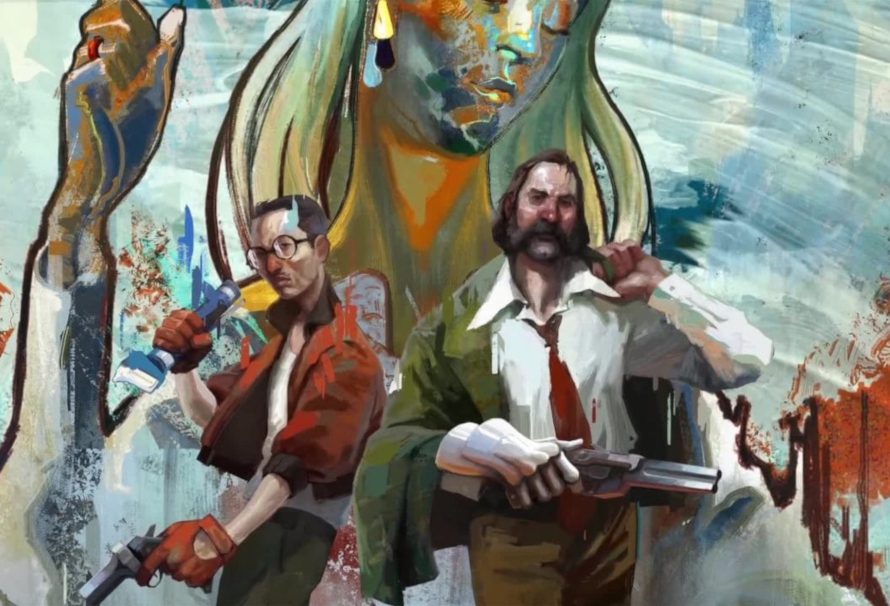 Rather than placing an emphasis on cosmetic alterations and creativity, the Disco Elysium character creation process is almost entirely focused on assigning functional abilities and skills to your wannabe detective.

Split into a quartet of primary abilities, players must decide to place an emphasis on either Physique, Intellect, Motorics, and Psyche, with each of those abilities in turn affecting six unique skills that can be used by your character. Resulting in 24 total skills, choosing which of the four abilities you wish to use during character creation will greatly affect not only your affinity to those skills in the early going but also how far you can develop them too.

Equally, a key part of the Disco Elysium character creation process is designating a Signature Skill. This is important to get right, as whatever skill you assign as Signature Skill will not only receive a +1 bonus but will also increase the maximum learning cap of every skill within that group by 1 too.

As such, given how much you’ll find yourself needing to use each of those skills, it’s crucial that you nail down just what skills you want to use during Disco Elysium’s character creation process. The thing to remember with this Disco Elysium character creation guide is that balance is absolutely key – put too much into one skill and you’ll suffer negative effects, whereas too little could leave you ineffectual in many situations.

Without further ado, we’ve set aside the most useful skills within each ability class so you can decide on the best ones for your particular playstyle.

Arguably one of the most interesting (and potentially perilous) of Disco Elysium’s skills, Electrochemistry determines your character’s affinity to the theory and consumption of narcotics and other substances. Not only does high Electrochemistry mean that you’ll be knowledgeable of all the stuff that you’ll end up chucking into your body, but it’ll also protect you from most of the negative side effects too. More than other skills, the psychological effect of having a high Electrochemistry can also make you quite the party animal; hellbent on checking every box on an addiction bingo sheet. So be warned.

Endurance is a highly useful skill, not least because it dictates how much health you have. Should health hit rock bottom, your character will experience a heart attack and, quite like real life, if you have too many of these, you can expect to shuffle off your mortal coil in fairly swift fashion. Thankfully, having higher levels of endurance not only makes you more robust in this sense, but it also fortifies you in terms of other physical trauma too such as drug overdoses and so on.

An absolutely essential skill, having a high Shivers skill provides your character with the ability to tap into something not too dissimilar from Spider-Man’s Spider-Sense. Once leveled up sufficiently, Shivers will not only allow you to sense danger, but it also permits you to pick up on much smaller events that would normally be missed – lending a massive amount of additional discovery to Disco Elysium in the process.

Not exclusively suggesting a penchant for the theatrical, having a decent Drama skill means that you’ll not only be able to tell when folks are telling porkies, but also that you’ll be able to do the same yourself, using your silver tongue to get you past all sorts of sticky situations. The drawback? Well, too much drama can turn you into something of a drama queen prone to all sorts of unstable behaviour.

As straightforward as skills come, Logic dictates your character’s gift at being able to analyse the world in a very common-sense fashion. An essential skill for any budding detective, having too much Logic however can result in you becoming susceptible to those who might seek to pad out an otherwise starved ego.

It’s not much of a stretch to say that there is a whole lot of conversation in Disco Elysium, and so it definitely pays to throw some points into the Rhetoric skill, which will make you a skilled orator capable of verbally overwhelming just about anyone you come across. The downside? Put too many points in Rhetoric and you can become something of an unbearably arrogant know-it-all, reducing the number of folks who will want to converse with you as a result.

The world of Disco Elysium is vast, and the Interfacing skill makes it yet broader still. By having a decent Interface skill score you can interact with computer terminals in order to glean additional information, take down force fields, access previously unreachable areas and much more besides. As with everything though, a high Interfacing skill comes at a price, as you’ll find yourself increasingly more comfortable with machines rather than people, which as a detective, is hardly ideal.

A must-have skill for any sleuth worth their salt, Perception lets you notice both the large and small details of everything and everyone in the environment. Essential for any detective that doesn’t want to miss a trick, there’s a bad side to having too much Perception also. Indeed, if too highly leveled, Perception can work against you – overloading your brain with detailed information and eventually causing a breakdown.

Being able to understand and empathise with victims and suspects alike is pretty much a top drawer skill for any sleuth looking to make their way through the dense and dingy sprawl of Revachol, and so the Empathy skill becomes unavoidably essential. Though being able to experience the traumas and emotions that others have in order to further a lead is eminently useful, having too much Empathy can cause you to heap everyone’s problems on your own shoulders – likely precipitating a nervous breakdown in the process.

Imagine sleep shredding paranoia and wild, boundless imagination all blended together into a single skill – that’s Inland Empire. Highly useful in just about any situation, Inland Empire allows you to pinpoint certain hidden details in a situation or detect concealed danger where others would not expect or sense. A crucial skill that helps to peel back the layers of Disco Elysium’s fantastically created reality, too much Inland Empire goodness can make your character go mad. Quite literally mad. Fun!

The skill that tells you (and everyone else) if you’re a good guy or a complete weapons-grade bumbucket, Volition is that good voice in your head which pipes up in all those situations where you find yourself wavering on the path. At a high level, Volition is extremely useful as it will keep you level-headed and allow you to sail through a great many situations with ease. Too much volition, however, will also make you duller than an episode of Last of the Summer Wine.

Facebook Twitter Google+ LinkedIn Pinterest Tumblr
Previous article Music Giant “Red Light Management” to Venture into Gaming. Will it be a Hit or Miss?
Next article Getting Started in Borderlands 3