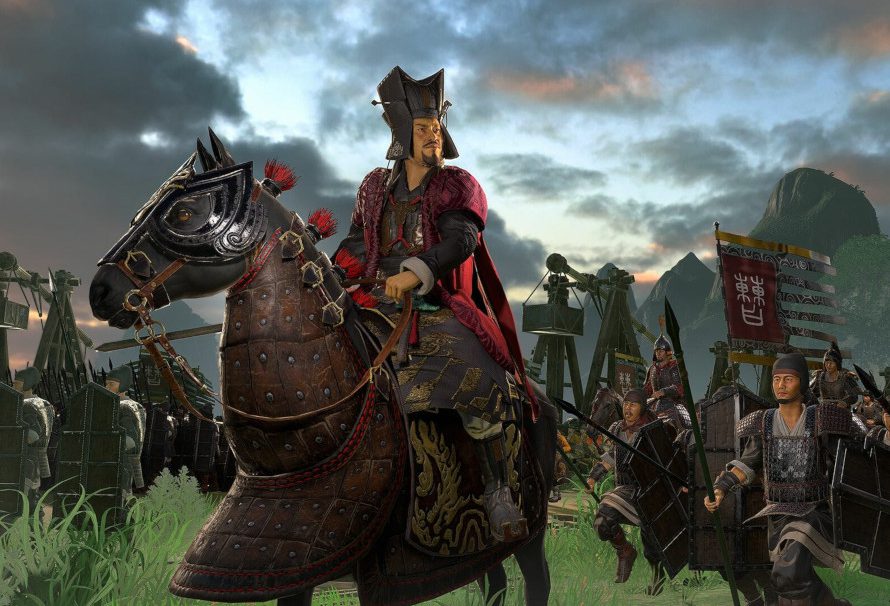 Total War Three Kingdoms takes its award-winning formula of turn-based strategy, empire-building and stunning real-time battles to ancient China. The lands are calling out for a new emperor to rule and bring about a new way of life.

Total War Three Kingdoms factions are diverse, with each of the twelve legendary warlords bringing their own unique strategies, abilities, and armies to the table. In order to dominate others, you must first decide what kind of warlord you want to be? Are you a military mastermind, or a political heavyweight. Do you have the ability to cause others to wage wars as you manipulate them? Or will you use guerilla tactics to gain territory from under your enemy’s noses? With such a cast to choose from deciding who is best for you can be tough. Whatever your style might be, we can help provide you with some answers to Total War Three Kingdoms best faction for you.

A war with words

Deciding on Total War Three Kingdoms’ best faction is a somewhat subjective topic, but there are factions that are easier to play than others making them popular choices. Part of your decision will come down to how you play. You might want to use words before you must wage war. Or maybe you wish to be seen as a good leader, kind and forgiving, relying on your followers to believe in you.

Widely considered to be Total War: Three Kingdoms easiest faction to play, Cao Cao’s strengths lie in his ability to manipulate other empires into starting wars with each other. Cao Cao is devious and cunning and will use his words to spread rumors of dissent between factions and has the ability to directly trigger war without anyone knowing you had a hand in it. This can leave them vulnerable to invasion allowing you an easier route to domination.

In the heat of battle, Cao Cao is great at inspiring his troops but lacks in his own melee abilities so it’s useful to keep some melee units close to him during battles. He also has the bonus of starting with two cavalry units and has a -10% bonus to unit upkeep.

The Master Scholar Kong Rong is another who uses their words first, although he relies on his intellectual superiority and brilliant trading rather than military might. Kong Rong is more of a pacifists choice when considering which of Total War Three Kingdoms playable factions you want to take control of. For those who prefer logic and reason, rather than steel and stone he is the perfect choice for fighting for the greater good.

Where he has great abilities for diplomatic and trading he lacks in fighting skills so it’s best to try and keep him behind your own armies lines when thrust into battle. As Kong Rong is more focused on a peaceful playthrough it can make him a more difficult faction considering there is quite a lot of war going on.

For most total war three kingdoms faction guides many also consider Lui Bei to be one of the easiest playable factions when first starting out. Lui Bei is a caring soul, he has strong bonds with his starting characters and lacks the cut throated nature of many of the others. He is considered a benevolent leader who, whilst modest and merciful, feels destined for greatness.

However, he doesn’t start with any land of his own and must take it from the Yellow Turban Rebels. This can make the going a little tough for Lui Bei at first. Thankfully, due to his good nature, he receives bonus inspiration and a -50% militia infantry upkeep.

Rule with an Iron Fist

Words can be great, but war is inevitable. Inspiring fear in your enemies can sometimes be even more effective. These Total War Three Kingdoms factions will take no prisoners when it comes to domination.

The Tiger of Jiangdong, Sun Jian, is an aggressive warlord who thrives under pressure. He is brave and can make use of guerilla tactics and will fight at his best when the odds are stacked against him. Some do consider Sun Jian to be one of Total War Three Kingdoms’ easiest factions to play, with his main bonuses coming from taking risks and being behind enemy lines. Which does make him an interesting choice. If you’re someone who wants more of a thrill from taking risks then Sun Jian is the faction choice for you.

Gongsun Zan takes his experiences he’s learned from the battlefield and applies them to how he rules making him a great military leader. The ‘Ironfist General’ doesn’t have access to administrators and instead delegates civic matters to the generals from his armies. Gongsun’s military network provides him with excellent reinforcement bonuses. Which is perfect for when having to defend from invading forces.

Gongsun Zan is the choice for those who prefer military expertise. He is a warrior and a defensive mastermind capable of conquering any obstacle placed in front of him.

Dong Zhuo is a tyrant known for using fear and intimidation to get what he wants. He will employ brutal tactics to keep subjects in line. Due to his tyrannical nature, you must always keep high levels of intimidation or fear the collapse of your rule. Dong Zhou isn’t one of Total War Three Kingdoms playable factions from the start but is unlocked once you have defeated his army in any battle or have reached the rank of emperor in any campaign.

Should you feel like ruling with authority, inciting fear in your followers. With the challenge of keeping a crumbling empire together, then Dong Zhuo is a great, albeit challenging choice.

The only Total War Three Kingdoms faction to feature a female leader is the Bandit Queen Zheng Jiang. Where other warlords are focused on popularity, the Bandit Queen thrives on infamy. Zheng Jiang’s campaign is considered to be the hardest in the game, so if this is your first rodeo you might want to look at the leaders towards the top of the page for a more gentle ride.

Keeping her infamy high is the key to success and in order to do that you must constantly pick fights and carry out raids. Become too passive of a player and her infamy will start to slip. Zheng Jiang’s difficulty comes in having to constantly keep moving forward and the lack of ability to gain allies.

Whichever of the Total War Three Kingdoms factions you choose to play as you’re sure to have an excellent time engaging in diplomacy, negotiations, expanding your empire and guiding your armies through massive-scale battles.

So how do you like to play Total War: Three Kingdoms? What faction suits your style best? Comment below and join the Green Man Gaming Community to find out how other gamers rule over all.