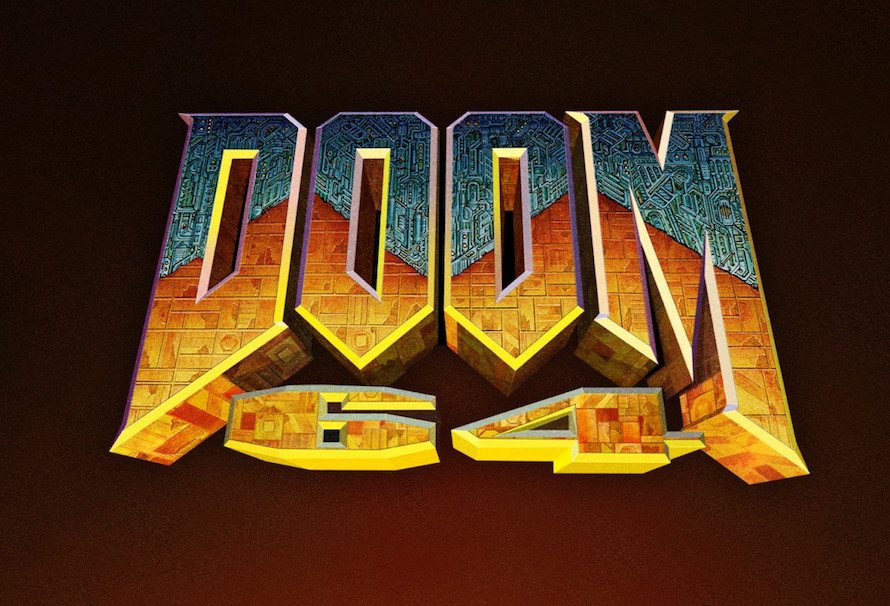 Often overlooked when considering the DOOM franchise as a whole, DOOM 64 was much more than just a port of id Software’s trailblazing first-person shooter when it released all the way back in 1997. Instead, it was a completely brand new entry in the franchise that was completely able to stand on its own merit.

Previously an exclusive to the Nintendo 64 home console, DOOM 64 arrives on PC and current generation consoles in a newly remastered guise next month, giving a contemporary audience the chance to experience the dark horse of id Software’s genre-defining franchise in a way that few of us would ever expect. Here is why you should care.

Four years after DOOM shotgunned and chainsawed itself onto the scene in 1993, DOOM 64, which was developed by old school arcade savants Midway, was wrongly assumed to be a late to the party port of id Software’s legendary shooter. A closer look however, reveals a first-person shooter that not only retains and refines the high octane ultraviolence that made those original titles so great in the first place, but also makes a number of well informed nips and tucks that really make it stand on its own.

Inceed, cementing the fact that DOOM 64 is no mere port, the team at Midway created all-new sprites, character designs and sound effects work to essentially give classic DOOM a whole new coat of audiovisual paint. Pre-rendered on high-spec SGI workstations of the day, the gun-toting grunts now boast a much higher level of detail, while classic series enemy the Imp is almost unrecognisable in its newly stylized and fearsome guise. Elsewhere, DOOM 64 not only includes every weapon that was in DOOM II but also reimagines many of them too, with the iconic chainsaw now boasting two rotating blades instead of just one, while the rocket launcher now causes a fair amount of recoil when fired. Put simply, what’s old is new again.

Though the basic structure remains reassuringly identical – murder a bunch of demonic folk and collect coloured keys to progress, DOOM 64’s 32 or so levels are more linear than those in the DOOM titles that have preceeded it. Additionally, with gloomy lighting, less crowded enemy placement, a range of fiendish traps and an ambient soundtrack, DOOM 64 presents that sublime classic DOOM gameplay that we’re all familiar with in an alternative horror style presentation that helps to further separate Midway’s oft-forgotten shooter from other entries in the franchise.

Though DOOM 64 does its best to stick closely to the classic DOOM template for the most part, developer Midway took some careful creative license in a number of areas. One of these was including an entirely new weapon that wasn’t previous in either of the two classic DOOM titles. A laser cannon known as the “Unmaker”, this devastating boomstick doesn’t just kick out an insane amount of damage, it also has a unique upgrade mechanism which allows players to collect special artefacts to increase its fire rate and overall damage, while a final upgrade allows players to target three enemies with a single shot. A first for the series.

As well as boasting a firearm not seen in any other DOOM title, so too does DOOM 64 also boast a unique enemy – the Nightmare Imp. Originally created for the 1995 PlayStation port of DOOM, this oddly translucent, much more powerful and faster moving version of the iconic DOOM Imp was cut from the game only to appear in DOOM 64 two years later. Huzzah?

You Literally Get it Free For Pre-Ordering DOOM Eternal

At this point in time, there’s little reason to think that when DOOM Eternal releases next month that it’ll be anything less than glorious. The very definition of a safe pre-order, Bethesda has sweetened the deal further still by chucking in DOOM 64 as a freebie for everyone who puts a pre-order down for DOOM Eternal. Also, free stuff is always good, right? Especially when it’s DOOM 64.