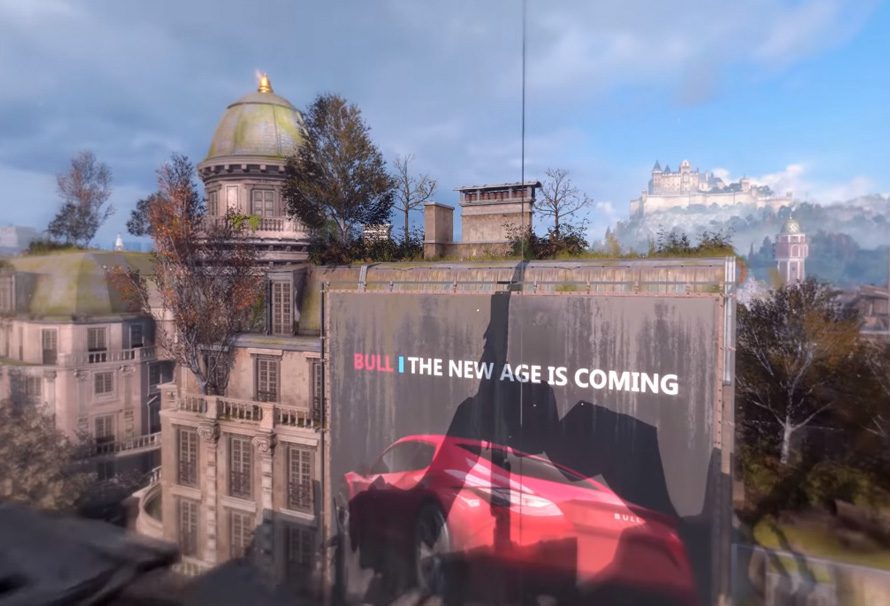 I don’t know about you, but I play games for the stories.

That’s why when a developer starts talking about doing something different with a game’s narrative my ears prick up and I’m suddenly paying attention.

Dying Light 2 developers Techland seems to be doing just that, trying something new with how the story, and the choices you make as part of that story, will affect Dying Light 2 making your playthrough an experience unique to you.

We’ve all played games before that promise choice and consequences, and often this promise is largely unfulfilled. You save someone or choose to kill someone, but it’s just window dressing and often you’ll end up in the same situations you would anyway.

The promise of Dying Light 2 is that your choices will not only affect how the story progresses, but the game world, the mechanics of the game world, and your choices will alter how the world of Dying Light 2 at large. A symbol of Techland’s commitment to narrative is how they’ve brought on veteran narrative and game designer Chris Avellone who worked on Planescape: Torment, Fallout 2, and much much more. If you’ve been an RPG fan, you’ll know his name or at least his work.

Dying Light 2 is set in a post-apocalyptic city, 15 years after the Infected began to take over. The city is incredibly detailed, with multiple traversal routes through every section of it for you to parkour your way through, NPCs wandering the streets, hostile bandits undertaking their own missions, and of course always the threat of the Infected. It’s this city which you’ll help to shape throughout your journey, this city which will rise or fall depending on your actions and choices.

Here are two examples from what we saw during Gamescom 2018:

During your time in Dying Light 2, you might come across a swimming pool, in a ripe location. It’d be up to you to decide who gets control of it as the usable real estate is at a premium in the world of Dying Light 2.

Do you give it to the Peacekeepers? They’ll turn it into a training centre for their recruits, and you’ll be able to take part in gladiatorial combat there to hone your skills, level up, and earn fame and money. The downside is that people may see you as a target, they’ve heard of you, they want to take down the grand champion so as you travel the city you may find challenges shouted out at you from formally peaceful areas.

Do you give it to the faction which concerns itself with growing drugs? They’ll turn the swimming pool into a greenhouse and as such, you’ll have access to performance boosting drugs which increase your abilities temporarily. The downside here is that you may start to encounter Infected which are also boosted by these drugs, making combat that much harder.

Or do you give it to the Scavengers who’ll use it to refine biomass into fuel? This will open up the area to vehicles, and the resources that the Scavengers bring in will help them repair a bridge meaning you’ve got access to an area that you couldn’t reach before. More quests, more loot, more opportunity will await you over there…but maybe the bridge was destroyed to keep something out

The other example we saw at Gamescom 2018 revolved around a water tower, a place with a commanding overlook of an area of the city but also something more valuable; water.

At its pinnacle, after a series of parkour puzzles, lies Joe and Jack who have taken this area for themselves. It also turns out they’re murderers, the Peacekeepers sent an emissary in to talk to them and offer them a chance to join up but they refused, sending the emissary plummeting to their doom.

Here you’re given a choice, do you punish them for their murderous ways, or do you let it slide knowing that the world isn’t that black and white anymore?

If you decide to take them on you’ll have a tough fight on your hands, but afterwards the Peacekeepers will take over the tower and pacify the local area, removing all Infected and bandits. This means you’ll have at least one safe zone, and a zone that’s covered in handy traversal methods the Peacekeepers have installed to facilitate movement of their heavily armoured troops. Not only that, but their benevolence means water is free, giving the player another way to heal as well as restoring liquids to the impoverished population.

As always, there is a downside. The Peacekeepers are brutal overlords who rule with an iron shod heel. Almost any infraction incurs a death penalty and one day that could even affect you. Nearby areas will also become more dangerous, as those bandits you saw the last of? Yeah, they’re not dead, just moved. They’re still out there, just in a different area.

But that’s not your only choice, you can decide to side with Jack and Joe and even go into business with them. This makes the area much less safe, easy to traverse, and there’s fewer ways to heal as water is no longer free. But it does mean that opportunity walks the streets. You’ll earn more money as your cut from selling water to the public and also the additional trade may bring in wandering merchants and other opportunistic souls.

The presentation ended there, but we were informed that this simple binary choice was already a result of more choices that the player had previously made. You could end up without the option to serve the Peacekeepers depending on how you’d interacted with them, or Jack and Joe may simply just not want to go in to business with someone of your ilk.

If the promise of Dying Light 2 is fulfilled then this looks like a true next step in narrative evolution in videogames. Everyone’s world is their own, and their choices and the consequences of those choices make up will vastly alter the experience you have in the game.

Finally, I can tell my own story, and not just hear someone else’s. And that, if done right, may mean something completely new for the gaming industry.