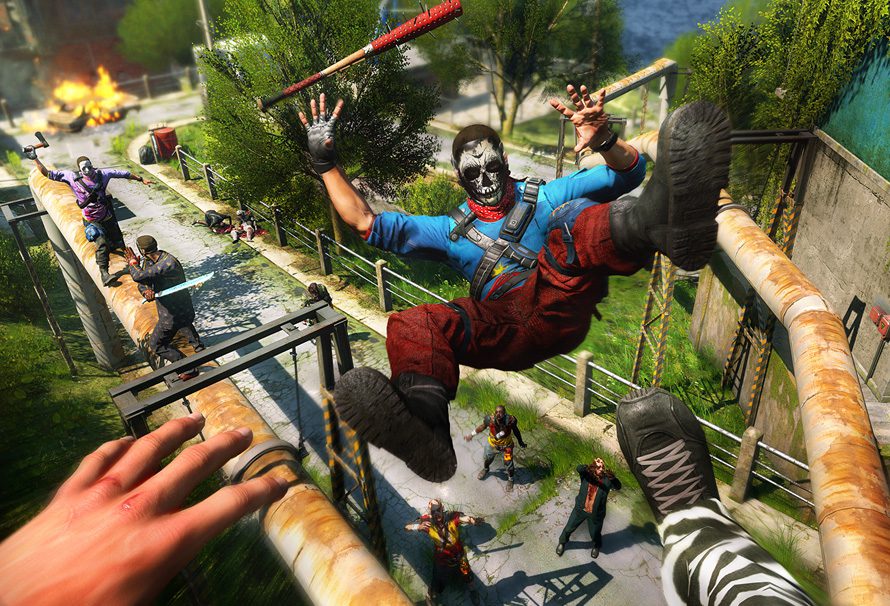 Techland’s zombie-killing parkour-em-up Dying Light was a surprise hit upon its release so it’s no surprise that we’re going to be getting much more Dying Light in the near future.

Whilst there’s a straight-up sequel being developed, entitled Dying Light 2, there’s also a spinoff hoping to bring some of that parkour magic to the increasingly saturated Battle Royale genre.

Dying Light: Bad Blood looks on the face of it to be a simple affair; ‘what if Dying Light had a Battle Royale mode’. It’s entirely possible that some may dismiss it and roll their eyes at what’s perceived to be yet another Battle Royale, but having had some hands-on time with the game at Gamescom 2018, it’s clear that there’s some key differences which – if handled correctly – should elevate it above its competition.

Obviously Dying Light: Bad Blood is a PvP game, ultimately you’re facing down against 11 other players (at least in the mode we had chance to try out) in a race for survival. But there’s much more than that here.

Your first game of Dying Light: Bad Blood might start off very familiar, you’re spawned with no weapons, items, or armour, and you start to explore the surroundings and scavenge up what you need to survive.

But then chances are you’ll see Them. Zombies, they’re often hiding in buildings right around some vital gear or equipment, or occasionally roaming the streets. In Battle Royale games we’re used to seeing the player count skyrocket in a space race for numbers, but Dying Light: Bad Blood shrinks the players per match down to 12, and once you begin to play and see the zombies, special zombies, and boss zombies roaming the streets you understand why this choice has been made. More people would just muddy this, it’s a tighter and more focused take on the genre, and you can tell extensive testing has taken place to identify the number of players.

Zombies and other players aren’t the only threats out there though, airdrops can and will plummet from the sky bearing essential loot, they’re the only way to get firearms for example. But each one will be guarded by NPC humans who fight and act much more naturalistically. They don’t lunge mindlessly, they’re humans so they have a mind. It’s very much risk and reward, if you take them on there’s the potential of more loot, but those NPCs may take you out and even worse – the airdrop icon is ever blinking on the minimap so other player are most likely incoming.

Adding this all up, the world itself is vastly more lethal than in any other Battle Royale, and that’s before we get to the mechanics that’ll bring you and other players into conflict.

In Dying Light: Bad Blood the goal isn’t to be the last player standing, although that can help. It’s to collect enough blood samples from undead Hives and other players, which triggers a helicopter which’ll be your only way out of the zone.

On your minimap nearby Hives are marked out, and each one is your key to escaping the level and winning the round, but in addition the blood samples you gather help you level up making you faster, stronger, tougher. Obviously these are resources that are essential to your survival, so it’s no surprise that they’re often the cause of heated battles between undernourished players desperate for a level or two,

But that’s not all, when the helicopter is called an area is marked where it’ll land. The helicopter only has space for one, so if there’s multiple people waiting for it they’ll just have to fight it out for that coveted seat.

This means that the pacing of each match naturally comes to a crescendo as that call goes out and the battle for escape begins. In other Battle Royale games there can be long periods of quiet inbetween brief encounters, but Dying Light: Bad Blood aims to keep the pressure on by incentivising hunting down Hives, and then the mad scramble for escape. The developers themselves have also indicated that the ideal length of time for a match is ten minutes, making this briefer and more intense than some others in the genre.

Combining all of this with Dying Light’s parkour and incredibly violent melee combat system, it’s not a surprise that the developers Techland have dubbed it ‘Brutal’ Royale.

Dying Light: Bad Blood is looking like an intriguing twist on the Battle Royale genre, and it’ll be hitting Steam Early Access in September 2018 in a Founders Pack edition.